Fast50 no. 5 Forward IT grew so fast it was acquired! 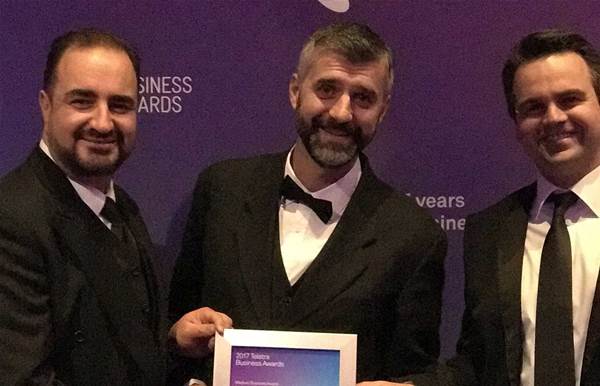 Canberra MSP Forward IT’s owner-director Dom Polegubic said it took 10 years from the launch of his company in 2002 to break through and secure federal government contracts. It’s a long time to slog, but the rewards have kept on coming.

‘Cracking’ Canberra in 2012 led to positive business growth in the five years that followed, leading up to Forward IT becoming a 9th placed finalist in 2017 CRN Fast50, with 125 percent year-on-year growth and revenue of $13.9 million.

Now, after a more or less steady 2018, Forward IT is back with even more impressive results, and a sweetner to boot. In the 2019 financial year Forward grew 106 percent on revenue of $27.14 million.

When asked for the key to resuming rapid growth, Forward IT sales and business partner manager Michael Sandberg told CRN “more of the same” did the trick, meaning tidy wins in government.

“Once you’re known, and you provide a good service it grows from there. We’ve added further government customers through the preferred supplied panels that we have applied for over the past few years and been accepted onto,” Sandberg said. “Once you perform they keep coming back!”

CRN listed Forward IT as one of the top providers of ICT services to the federal government earlier this year, with at least $7.5 million in contracts recorded for FY19. Those wins no doubt also pleasing some or all of Forward IT’s four key vendor partners in Dell, Cisco, Microsoft and Sophos.

Sandberg said that there was a lot to be said about the Turnbull Government’s establishment of the Digital Transformation Agency, which gave SME players like Forward IT more opportunity to compete for government tenders.

Strong growth and a pipeline of deals isn’t the only thing Forward IT are thrilled about having this year. In early October, CRN announced that ASI Solutions had acquired Forward IT to get into the Canberra market.

“We have identified Canberra as an area where we need to grow, and Forward IT’s strong team gives us the opportunity to rapidly build that growth,” ASI managing director Nathan Lowe said at the time.

Sandberg, who was once an ASI staffer, said the merger naturally brought great opportunities to the Forward IT crew, which for the time being will continue to operate as an independent business.

“This gives us a lot of strength and a national reach. It gives us the capability for much larger deals into the future that’s for sure,” he said.

7 steps to MSP success: from pricing to specialisation
By Michael Jenkin