Five things that frustrate vendors about their channel partners 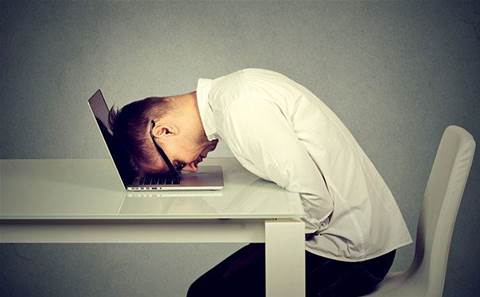 The channel is full of love-hate relationships. Grumbling about vendors is a favourite pastime of IT resellers, but what about the flipside – what annoys vendors about their channel partners?

Vendors tend to speak about their irritations with partners in hushed tones. Vendors are, after all, severely outnumbered by their much larger partner bases. However, vendors hold much of the power and the purse strings, so it's vital that resellers remain in their good graces.

Last week, we covered some of the major annoyances and bugbears that plague partners; today we turn the spotlight 180 degrees and let the vendors vent.

We want to highlight the biggest frustrations that vendors have with their partners in a bid to help both sides of the channel form more effective relationships. We heard from a number of partner execs within vendor companies, who all wished to remain anonymous.

The term 'reseller' has fallen out of vogue, and the reason is value (hence the use of 'value-added reseller' and 'value-added distributor'). Gone are the plentiful days when a whole community of partners could run a profitable business simply by shifting a box from vendor to customer and clipping the ticket on the way through.

While there are highly efficient partners that can keep in the black largely based on sell-through margin – distributors in particular – for many partners, services have become essential element to remain profitable.

It's good news for the vendors, who know that box-shifting alone will become a pure price battle, which leads to a lower return for them and a devaluing of their product in the eyes of the customer.

The partner manager of a workplace software vendor told us: "By dropping prices just to win, they don't think about the impact down the track and it often leads a perception that it's all about price not service and value."

In a price-only mentality, other resellers become collateral damage, said the partner business manager at a major software vendor, who was frustrated by "drive-by partners going in at negative margin (or incorporating rebates they may not receive) to undercut incumbent partners".

The partner business manager said this was particularly common in government, "where decision is often solely on price".

The channel manager of an information security vendor said: "Vendors discount on a per-deal basis and discounts provided are based on the individual deal." She added that factors that could change the price include customer budget, competition, future scope, whether the project could be referenced and if it was in a target verticals.

"Partners pushing and expecting the same discount beyond their partner level on every deal is not partnering. Partners make their money on the services, vendors on the product. This behaviour tends to put the partner at the bottom of the pack of who you want to work with if the vendor is constantly having to do everything at cost."

It is up to the device makers, software vendors and cloud platform companies to drive customer awareness and demand for their products and services. Vendors spend huge sums on end user marketing for this very reason, and, in theory, the leads should come rolling in.

How they choose to apportion these leads to partners is a minefield of politics and potential disappointment. Programs like partner tiering should avoid disappointment by providing leads on a quantifiable basis.

For some vendors, they are sick of divvying out leads to partners without seeing this reciprocated. One respondent told CRN: "Partnerships are a two-way agreement. Vendors get very tired of VARs just expecting to be handed leads, marketing, events etc."

Business owners have heard it before – get big or get niche. A few big resellers can survive playing the high-volume, low-margin game but for the vast majority, specialisation is the best route to success.

Vendor have been pushing this line for some time, and it makes sense. An IT firm that understands, say, law firms is more likely to become the go-to partner for any leads in that sector. The vendor will not have the same confidence in a mainstream partners who pretends to be all things to all people.

But more important for revenue-hungry vendors is the need to expand the size of the pie. By squabbling over traditional IT opportunities, it drives price down and simply becomes a market share battle. Getting specialised can help open up net new opportunities.

In fact, failing to specialise was one of the standout complaints among vendors who took part in CRN's 2016 Channel 360 survey.

One vendor respondent said they wanted resellers to stop "all fighting over the same customers/verticals and work with us to create new markets and customers."

Another vendor exec said partners must stop "selling everything". "Partners need to review their vendors and vendor partnerships, align correctly and skill up where necessary."

With customers less likely than ever to buy purely on brand, IT suppliers need to have several options up their sleeve. Solution selling is about bundling multiple products and services for the best customer outcome. Plenty of partners now position themselves as vendor-agnostic.

Vendors generally accept that their channel partners will chop and change between brands to meet the customer's need – but it doesn't mean they have to like it.

Mergers have been a prevailing trend in IT, which leads to vendors encroaching on areas they previously left to others (just a few examples would include VMware in networking, Microsoft in hardware and Cisco in security).

"As the IT sector consolidates, more and more vendors are consuming other vendors," said one respondent. "This leads to multiple vendors having several solutions that compete both internally and externally. The rules of engagement are grayed, leading to both confusion and conflict internally and across the channel."

The number one pet peeve among partners is vendors who circumvent the channel and go direct to the customer. Partners are, quite rightly, once bitten, twice shy. Resellers have long memories of the pain when a trusted vendor partner cut them out of a deal.

Conversely, one of the biggest annoyances among vendors is the amount of vitriol they face for going direct. It's a taboo topic in the channel, but sometimes it can't be helped.

Some customers simply will not deal with a middleman, especially government buyers and the big end of town. If it's a matter of direct or nothing, few vendors would be prepared to let the opportunity go.

An account executive at a device vendor complained to CRN about "resellers who are threatened by vendors who engage in a relationship directly with end user".

Consistency is key, and the biggest fallouts come when partners expect one things but get another. Vendors, to their credit, tend to recognise this.

"Anything in between is a farce. As long as the market has a choice to go either direct or indirect, it is impossible to mould the organisations into a specific behaviour which is cohesive and harmonious to achieve the common goal sought after by all."

Another vendor agreed: "We are 100 percent channel, and that makes it easy to manage partner expectations. Never taking an order direct is a great thing from a vendor and all vendors who sell through the channel should adopt this methodology.

"Vendors can, and in enterprise or complex solutions, should have a direct involvement in the sales process - and fulfill through partners. Simple."