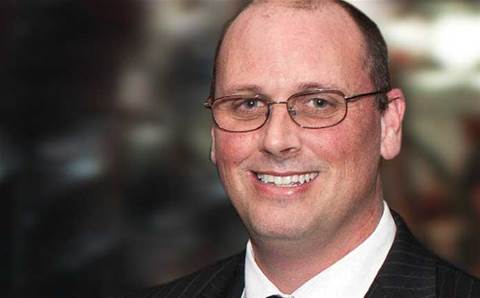 You can build a niche in the most surprising places. Take, for example, United Wireless Solutions, which has built a profitable business specialising in wi-fi networks for shopping centres.

Wi-fi networks are part of those upgrades, as free wi-fi is now an integral part of the shopper and retailer experience. Shoppers expect to have free wi-fi as soon as they walk through the sliding doors, and retailers want to advertise promotions to the shoppers directly on their phones. On a more internal level, the shopping centres want to know exactly where their customers are walking, and which stores need more traffic.

It wasn’t always like this, says Alan McAndrew, founder and director of UW Solutions.

In 2009, McAndrew – then working for an IT company – was eating lunch in a shopping centre and wondered why there was no wi-fi network. Friends in the UK had access to free wi-fi nearly everywhere they shopped. Almost immediately, McAndrew started building a user interface for a free and publicly accessible wi-fi network, and began pitching it to shopping centres.

The first version (debuted in 2009) could scroll text messages across phones, and the second version added a Facebook API for easy sign-in. The next iteration, due later this year, will add augmented wi-fi, with another major update due to follow in early 2018. McAndrew refuses to share more details, saying that the community that services shopping centres is “very small”.

UW Solutions uses the retail analytics app Purple WiFi for reporting and to coordinate the site survey and install of access points. The latter is installed by a partner, Greenlane Solutions Australia.

A lot of IT companies try to win the big contracts for shopping centres, but as McAndrew explains, they often lack the expertise in deployment.

“We’ve seen a lot of people come and go. Shopping centres are unique environments – one can have three access points and another can have 42,” he says.

Shopping centres offset the considerable cost of free wi-fi by layering corporate envelopes for staff, environmental controls such as lighting, and CCTV footage.

The analytics in Purple WiFi also reveal commercially useful trends: a shopping centre can add map overlays with geofencing to measure shoppers’ dwell times in certain areas. A heat map shows the flow of foot traffic so that marketing managers know where to deploy advertising. The centre can also see which tenants are receiving fewer passersby and find ways to attract them.

UW Solutions has also used Purple WiFi to give retailers a single dashboard for web traffic with Google Analytics data, sales with Salesforce, and social traffic to a Facebook business page.

Despite the recent rush to wi-fi by shopping centres, Australia is still behind Europe; McAndrews argues that as a potential solution, local councils should implement free wi-fi in main precincts.

There’s also a moral obligation to make sure that the network is safe. McAndrew is a fervent advocate of Friendly WiFi, a proprietary standard promoted by UK content filtering company RDI Holdings.

The biggest incentive of free wi-fi networks is to advertise directly to shoppers. UW Solutions takes a percentage of advertising on its wi-fi interface that it returns to the shopping centre to offset the deployment and maintenance of the network.

“Our aim is to make wi-fi cost-neutral,” McAndrew says. However, mobile advertising hasn’t yet taken off in Australia like it has overseas. UW Solutions partners with advertising agencies to sell mobile ads, but they have few takers. Trends indicate that it will slowly catch up, McAndrew adds.

“Being ahead of your time can be as bad as missing the boat. Back in 2009, shopping centres were looking at us like we were from Mars when we suggested free wi-fi. “Why would we want to do that?”