From Rackspace to Bulletproof to Melbourne IT, is public cloud partnering a deal with the devil? 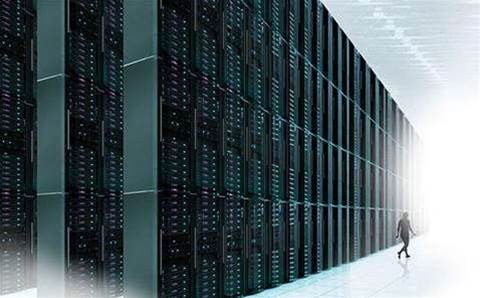 Of course, deciding to partner with a major competitor is not without its risks.

Amazon is famous for constantly updating what's available in AWS, and there is now a bewildering array of services available. More than once, these new services have been eerily similar to those sold by existing AWS partners.

"If you stand still as a partner, AWS will eat you," says Dorney. The key is to move in directions that are not in a hyperscaler's interest to go – or at least not for a while.

All the hyperscalers are expanding the capabilities of their cloud offerings, and if you're building something that could easily become a feature of the platform you're building on, you're likely to have a bad time.

Instead of concentrating on the tech angle, partnering safely with AWS, Google, and Azure requires getting closer to your customers and understanding their needs better than the global behemoths.

For all they offer, the hyperscale clouds are still aimed very much at developers and technical types who can handle doing things themselves. For organisations without million-dollar budgets to spend on staff running IT, there's a need for partners who can take care of the cloudy details, and potentially add other services as well.

"What was our old enterprise hosting practice is now the cloud and security practice," says Melbourne IT's Jeremy Apps. "We've also acquired businesses like InfoReady that became our data practice, and Outware Mobile for mobile apps and customer experience."

It's not all about cloud

For all the cloud focus in the media, good old-fashioned co-location still enjoys substantial support from businesses large and small. Many organisations are finding that not everything is suited to rent-by-the-month cloud services.

"For the companies that aren't Fortune 500 types, there is more room to consider cloud options outside of the big boys," said Kevin Myers, network architect and co-founder of US based IP ArchiTechs, which has been working with several Australian regional ISPs and businesses.

"Regional ISPs have data centre and co-lo space they want to take advantage of and get proficient in compute and storage to sell to their clients," he said. "SMB clients tend to like it because they already have a relationship with the provider and don't have the massive teams to deal with IT purchasing and logistics, so the more you can deal with one vendor, the easier it is for many of them."

For many of these smaller businesses, knowing you can pick up the phone and speak to a human if you run into trouble outweighs the promise of savings by renting virtual machines by the hour. Smaller players are more likely to find creative solutions to saving money than the blunt instrument of a cloud-only strategy.

The days of easy money in simple virtual machine hosting are probably over, as customers demand more services than merely simple VMs. But the future isn't as bleak as many would have you believe.

Contrary to popular belief, public cloud isn't the cheapest option in many cases. Renting VMs at spot prices is often not as cost effective as buying hardware and hosting it yourself.

Of course, pure cost savings is the wrong reason to look at cloud in the first place, but for ease-of-use, many managed service providers can bundle multiple services together for you, including many not offered by the big clouds, like the networking you'd need to connect to them.

Before you jump all-in on cloud and write off the hosting providers, it might be worth checking your assumptions and giving them a call. You might end up pleasantly surprised.