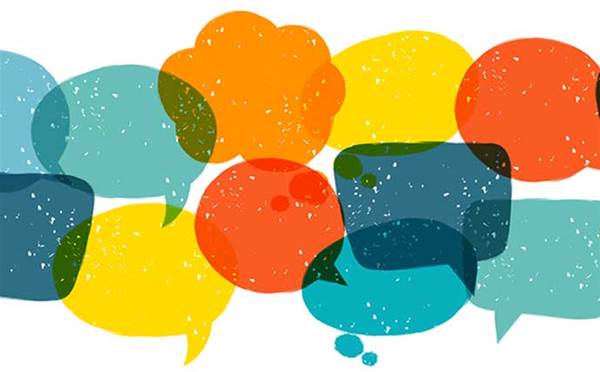 For the 160 workers at Australia’s leading museum for visual arts, email is (almost) a thing of the past. A disruptive innovation Seb Chan brought in 2015 from the Smithsonian in New York – when he became chief experience officer of the Australian Centre for the Moving Image (ACMI) in Melbourne – was a little-known tool called Slack.

“Personally, Slack is on all day,” Chan says. “I use it to communicate across the institution and get early warning alerts about issues, especially from the gallery floor.”

ACMI’s Slack deployment grew to more than 100 chat channels, transforming operations from front of house to online and exhibition curation. While ACMI is yet to switch off its email servers, Slack serves the museum’s two campuses. It enables transparency and collaboration impossible with email and other collaboration tools, says Chan.

Slack evolved from a chat room for games developers into a collaboration platform. Extensibility is Slack’s key strength, as it hooks into apps such as Xero and Google’s G Suite. Channel partners are attracted to Slack’s application programming interface because it opens new ways to solve customer problems.

As the first – and, at the time, the largest – Slack implementations in the Victorian government, ACMI had to satisfy itself about governance issues such as message retention.

Slack has coalesced a three-speed organisation that handles daily customer requests, medium-term programs and events that last several months, and exhibitions that may take two to four years to plan and execute, says Chan.

“If we want to change a system, it’s not the iron lock-in of an enterprise integration, which is so important. The ability to knit those systems allows, at a very low cost, for an agility and velocity of change that’s hard to find [elsewhere].”

But elsewhere, as especially the free version of Slack metastasised in the enterprise, it challenged compliance, security and e-discovery systems. It also became unwieldy ‘shadow IT’.

Last month’s release of Slack Enterprise Grid aims to help IT managers and their channel partners get a grip on blossoming chat groups, apply controls and speed collaboration between teams. Acknowledging Slack’s difficulty scaling beyond a few thousand users, Slack CEO and founder Stewart Butterfield says Grid enables administrators to “create a structure out of Slack that mirrors the actual shape of their organisation.”

He also says that Grid will “establish or create the cultural change that executives want to see at their companies.”

And while Slack faces competition from Atlassian’s HipChat and Microsoft’s deep and wide Office 365 collaboration suite – which includes Yammer, Skype for Business and its new Teams workspace – Butterfield assures us that Enterprise Grid gives enterprises the discoverability, security and control they crave.

A big part of Grid’s attraction is how disparate teams such as engineering and product marketing can collaborate on new projects, says Slack Asia-Pacific manager, Mike Clapson.

“Making one massive team wasn’t the answer, so Enterprise –
a federation of interconnected teams – allows for focus and scale,” he says.

The shift to a more traditional, top-down enterprise structure will also appeal to Slack’s growing number of customers in highly regulated and compliance-centric industries, such as financial services, banks, healthcare, government and education.

Alcatel-Lucent Enterprise signals the start of a healthcare revolution

Elsewhere, partners are integrating vendors’ software into their own offerings. Derek Morgan’s HEOSoftware integrated Alcatel-Lucent Enterprise’s Rainbow – an enterprise cloud communication platform-as-a-service for video and voice – into its managed services for healthcare. Its HEOhub managed service functions such as messages, document management and CRM with Rainbow.

“We’re agnostic, so [clients can] use it internally or as a public-facing platform,” Morgan says. Consumer apps don’t have the workflow and compliance of HEOhub, which has a compelling “engagement process with a patient to a GP, specialist or allied health provider,” he says. “We give our clients the ability to work on any digital medium and provide end-users with the most simple process of video engagement.”

Once a telephony/voice company, Alcatel-Lucent Enterprise now sees itself an enabler of collaboration, especially in apps, says Steve Saunders, its vice-president of cloud services. This could include a touch-to-talk function on a bank’s app, or an e-health video conferencing option in a doctor’s consultation.

“We become more relevant by allowing people to do more in the front-end,” says Saunders.

Rainbow tackles the sunken-cost fallacy of organisations sweating ancient phone systems. “We want to be this ubiquitous, over-the-top and unified communications application that integrates with any PBX, not just an Alcatel PBX.”

That means finding new routes to market, such as through ad companies providing free public wi-fi and value-added resellers with deep knowledge of market sectors, he says.

Microsoft teams up for Office 365 knockout

Collaboration systems often spring from shadow IT, as Craig Carter learned when he took over as IT director at TAFE SA. Educators cobbled open-source Moodle to serve students, but what they dubbed LEARN lagged demand. It suffered frustrating outages, even as it became mission-critical and acquired its own support function.

“We were a victim of our own success; we had taken a hobby project into production but hadn’t kept pace with the platform,” says Carter.

So, Carter “lifted and shifted” Moodle to Microsoft’s Azure cloud, which fixed the outages (some were in the SA government network), improved access to remote staff and students, and enabled LEARN to scale. In 2015, LEARN had 38,000 students enrolled and 4500 course modules.

“Immediately, we could see delivered scalability – up to 320 concurrent users [from 200 on the obsolete server] – and it increased availability. It removed bottlenecks and single points of failure.”

Moodle now serves students anywhere in the world, and TAFE SA can hit the road: “Now, the campus goes to students, and we’re setting up classrooms in shearing sheds so you have to take LEARN with you.”

With the aforementioned Azure PaaS, and apps such as Skype for Business, Office 365, SharePoint, OneDrive, OneNote, Yammer and now Teams, Microsoft has arguably the deepest, widest, most familiar and most channel-friendly offering for partners and their customers.

The ability to embed other Microsoft services into Teams will be a selling point, says Microsoft’s collaboration head Ian Heard.

“The key thing is Microsoft’s ability to pull it together into a single Office 365 platform,” says Heard.

The challenge for the channel is to smash collaboration siloes. “We now have an open platform [to] open access to Microsoft tools and enable workflow integration between Microsoft applications and third-party services like Twitter, Facebook and Salesforce. But the main thing is to focus on the user and workflows.”

With the addition of Spark, Cisco opens to a broader audience. Technology that evolved from $250,000 bespoke telepresence rooms has shrunk in size, cost and complexity.

The Spark Board is a $US5,000 (plus $US199 a month) device that looks like a mega-sized tablet. The 55-inch, 4K digital whiteboard has 12 microphones for clear speech and a one-button quick-start. Its smart networking spurs collaboration over Cisco’s Spark cloud service with users’ mobile apps. The Spark Board also has an ultrasonic system to ‘hear’ a presenter’s device so that it can drive the presentation with no setup, says Cisco collaboration chief Vaughan Klein.

“To present content from your phone or PC from disparate networks means you’ll never need a HDMI cable,” says Klein. Such human-centric innovations encourage greater adoption: “We’ve been battling that experiential problem for a long time; people say that [collaboration] is awful so they don’t want to work with it.”

Klein estimates that Cisco has two thirds of the ANZ telepresence market, but this represents just one tenth of meeting rooms. He forecasts 1000 Cisco Spark Boards in ANZ by 30 June.

But as a device-agnostic cloud platform, it has potential beyond the meeting room. “If you’re using Spark, I can be on a Spark Board and you can be on the farm with your iPad, and we can do a session,” he says.

And in a nod to the challenging global security and surveillance environment, Cisco, a US vendor, encrypts communications end-to-end.

“Should a foreign government ask for the content [of a session], we can’t [provide it to them] because only the customer has the key.”

A Slack way to get closer to customers

Slack’s API (application program interface) enables channel partners to build its features into their own platforms and service offerings. Imagine a managed services provider resolving customer issues through a Slack-combined team before a level‑one ticket is even raised?

“Rackspace have real-time [customer] conversations that are quite different to lobbing a ticket back and forth. They’re lobbing 30 messages in 10 minutes,” says Slack Asia-Pacific manager Mike Clapson. “Slack allows you to rethink how a lot of business operations have happened. It’s not 10 percent faster but 10 times faster.”

How about when it comes to pumping service information to customers directly in
a chat room? Slack’s messaging buttons extend business software interactivity into the Slack interface directly, for instance: to approve a request.

Once a partner has readied their app, Slack lists it on its application directory of some 800 softwares. Slack has developer relations engineers in its Melbourne office, and “is generally happy to meet with folks” from the channel to talk about their needs, “but we’re a volume business”, says Clapson.

Amazon Web Services announced Chime, the cloud giant’s own unified communications service that works across desktops, iOS and Android devices to compete with the likes of Microsoft’s Skype and Cisco’s WebEx and Spark.

Amazon Chime uses noise-cancelling wideband audio and clear HD video that works across all devices and many conference room video systems with no upgrades required. It marks a further foray up the software stack for AWS, which began its life offering infrastructure-as-a-service, but had since expanded into a broad array of applications including complex analytics, database services, and its WorkSpaces desktop-as-a-service.