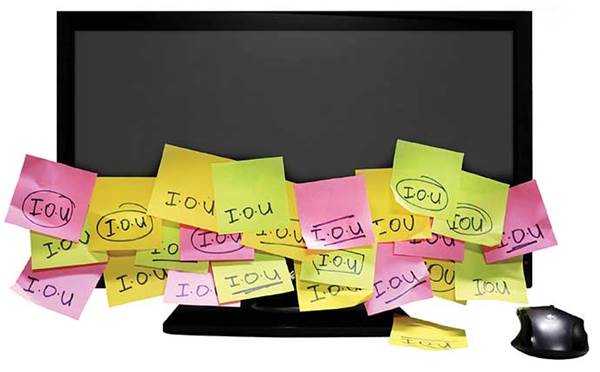 Synnex Australia is famously flexible for its finance terms, a situation chief executive Kee Ong attributes to its closeness to the channel and its resellers. “We are a bit more flexible, but the main thing is we try our best to understand their business model and how we can help,” says Ong.

“We review every customer according to how they set up their company, structures and the creditworthiness of the directors.”

Synnex is self-insured, which gives it greater freedom to take a punt on new players. “That’s a big plus; we don’t go to third parties to tell us what to do. And we make that call locally so when the resellers have big deals, on a deal-by-deal basis [we’ll consider it] over and above their credit limit.” This has helped schools and education resellers responding to demand spikes that stretch their credit.

But getting to know you is Synnex’s strength, so be prepared to explain your business to secure the best terms. “We’re very old-fashioned: we talk to them to see how they set up the company and understand the business model. Some tick all the boxes and do the right things and some have a learning curve.”

Ong says there’s been a big increase in the number of new businesses starting out with Synnex. “We see a lot of [services providers and startups] and managed services companies.” This also introduces risk because many start-ups lack business skills.

Ong detects a tightening of credit in the year ahead as businesses batten the hatches against potential global, macroeconomic headwinds. For resellers that find themselves in difficulty, especially during transformation, Ong advises: “Come to us and we can help run the business in recovery mode until they can get their business back”.

Avnet uses its global access to funds to sluice more liquidity through the supply chain under its ‘Powered by Avnet’ brand, says Darren Adams, Australia and New Zealand
vice-president and general manager.

“Money is the WD40 of the IT supply chain,” Adams says. “In this cloud- and services-driven world where opex (operational spending) takes over capex (capital spending),  how money is used is becoming more relevant for how IT gets to market.”

“It’s a pedestal for smaller partners to match up to their larger counterparts. They may be technically strong, and where we reinvest our capital in software, hardware and even services we enable them to stand up to their peers,” Mehta says.

Avnet puts its capital in the hands of resellers for up to four years to enable them to see a return on their services offerings. “That’s a long time for a distributor not to seek a return,” he says. “When we can embed more of our services, that ticks the box for us to put the capital out for a longer.”

And freed of the burden of directors’ guarantees or other aspects of leasing, the reseller can focus on providing better services, says Avnet’s Adams: “Finance can be taken beyond a commodity and part of a solution”.

“We’ll need more extended-terms programs and more customisable financial capabilities. And we’ll do that through new partners, solutions and offerings.”

Resellers favour suppliers that make it easy to do business, says Dicker Data chief financial officer Mary Stojcevski. “Reseller partners want a high degree of ease of doing business. We can establish a trading account, provide an approved credit limit and have the reseller up and running in under 24 hours.”

Once on-boarded, the reseller’s needs change to a distie that will support its trajectory, she says: “Again, ease of doing business is key as they grow and need their credit limits increased to enable them to win more business and compete more effectively at a higher level”.

And while new resellers were traditionally on cash-on-delivery terms, she says they now mostly start on credit, with only about one in 10 resellers paying cash. A big advantage to drawing on distie credit is it’s a “free, value-added service” to the channel, Stojcevski says. She expects credit to the channel to grow this year, especially for SMBs.

“Financial offerings are crucial to attracting and retaining reseller partners. Finance can ultimately be the make-or-break component of a deal for resellers and ensuring we remain competitive in this aspect of our business is key to our continued growth.”

Back in the ’80s when iconic Aussie entrepreneur Dick Smith had a fleet of delivery trucks emblazoned with the phrase, “The Electronic Dick” crisscrossing the country, the outlook for the emerging electronics retail sector was booming.

Fast-forward to 2016, after several transfers of ownership and a failed private equity buyout that loaded up the venerable retailer with so much debt that it crashed and burned spectacularly, and the outlook is in retreat.

After nearly 50 years supplying hobbyists, Dick Smith Electronics flopped in January 2016, ejecting 2900 employees to the dole queue and erasing its $520 million IPO capitalisation just four years before (supermarket chain Woolworths had owned it for 30 years prior to its trade sale).

The subsequent loss of $260 million owed to creditors further cast a pall over the sector. One of the brand’s most valuable assets was its name and online store, sold to rival Kogan for an undisclosed sum.

“There are always good risks even in bad times,” Cessford says. “It is important for corporations to pay efforts in due diligence with whom they are trading, evaluate credit risks and have added protection through third-party insurance on receivables.”

Of the 225 information, media and telecommunications businesses that went bust last year, inadequate cashflow was blamed in half (112) of cases.

These ICT businesses weren’t alone. Of the 9426 external administrators’ reports analysed by the Australian Securities and Investments Commission, cashflow was to blame in 4318 (46 percent) of cases.

Back to ICT company failures, and poor strategic business management was the No.2 cause of insolvency (106 cases) while trading losses, and poor financial control followed. Failed IT businesses were most likely to have just a few unsecured creditors (most owed less than $250,000 each) and 72 owed them $500,000 to $5 million.

A sobering statistic was that 91 percent of unsecured creditors received nothing from winding up.

So the lessons for credit providers are to do due diligence of prospective customers, understand their business model, stay close to debtors, and help them to trade through difficulties – because you won’t get anything when they fail