Get the best out of virtualisation 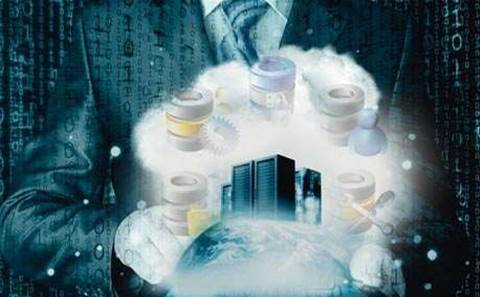 For university students, the days of logging into a green screen hooked to a mainframe to attend a class are long gone, thankfully. But for Queensland University of Technology’s 40,000 students and 5,000 staff, the concept of virtual machines persists, albeit with PC-like capabilities.

Despite the advantages virtual desktops (VDI) brought to the institution, such as reduced workstation costs and the ability for executives to access their information anywhere, performance lagged behind expectations. For instance, the lab that served hundreds of students a day experienced ‘boot storms’ that slowed login times to five to 15 minutes.

After seeing HP and Fusion-io’s joint VDI implementation at vForum Sydney in 2011, QUT’s then manager of IT services, Mohammad Hassan, was intrigued at how flash memory could deliver a better user experience. The resulting campus implementation cut boot times to 28 seconds, or a typical factor of 10, Hassan says. The speed improvement was such that each VMware ESX server could now support two high-performance computing workstation virtual machines.

“We estimate, based on server load and performance statistics from tools like vCOPS [vCenter Operations Manager], that we can support twice as many desktops per server,” Hassan says.

When he was interviewed just before Christmas, former Fusion-io country manager Simon Williams said QUT’s implementation was successful because it boosted performance without a commensurate increase in cost.

“You can imagine 40,000 students opening their laptops simultaneously when they go from one class to another, the whole infrastructure finds it difficult to serve up,” Williams said. “Flash brings that up by a factor of 10x and allows this simultaneous boot.”

As QUT’s experience shows, storage is emerging as a way for resellers to get quick wins for customers who have stalled virtualisation projects.

And new players such as Nutanix are changing the game. For instance, in March, Nutanix received a patent for its software-defined, converged storage architecture. In essence, Nutanix seeks to obsolete the storage area network (SAN) by bringing compute and storage into a single layer overseen by a service or ‘Controller’ virtual machine on each commodity server node. This controls the pool of storage resources such as flash and offers quality of service guarantees, de-duplication and encryption.

With the help of its Sydney reseller, BEarena, FoodCo migrated its IT operations to a three-node version of Nutanix’s virtual computing appliance. That includes FoodCo’s 280 shops and loyalty program that serves nearly a million customers. Benefits include cutting rack space by three-quarters, a single-pane management system, and ensuring FoodCo’s customer loyalty scheme at point of sale works around the clock, says James Buhagiar, the franchiser operator’s developer and database manager.

Wayne Neich, Nutanix Australia & New Zealand managing director, says the company’s storage system scales with the customer’s needs without a big, upfront investment. This is especially useful for VDI, where start-up costs can kill the project in the crib.

The converged architecture also gives performance a boost: “We put the storage right next to the compute; there’s very little latency from when compute says it needs information to when it finds it.”

Nutanix backs its resellers who raise a provisional purchase order with customers keen to try out the appliances in their own architecture, Neich says. This can also be the springboard for the reseller to offer hybrid cloud services, keeping critical, synchronous workloads such as VDI on-premise and pushing other workloads into the reseller’s own managed data centre or
public cloud.

IDC analyst Adam Dodds says Nutanix opens the way to improve network performance and for resellers to make new offerings in a mature market where about half of workloads are virtualised, he says.

“CIOs have taken a cost-focused approach to their investments so it means they provided traditional infrastructure with virtualisation over the top of it,” Dodds says.

Resellers should also manage expectations of customers that have soaked up excess capacity in their data centre servers because they may not get the same cost cuts when they virtualise the rest of their infrastructure. Later benefits are more nuanced, says Olikka managing director Michael Pascoe.

“The benefits of virtualisation are an IT management benefit,” Pascoe says.

“The other forms of virtualisation don’t have as much of a side effect of using up unused capacity. They have the other cost benefits that are longer term to realise – IT operational efficiencies and the business agility that it provides. Server virtualisation gave this false economy about virtualisation saving upfront costs.”

It’s a point that Duncan Bennet, VMware Australia & New Zealand managing director, takes up with channel partners and their customers. “The data centre needs to be software-driven,” Bennet says.

“Having done the server and the network, if you truly want to abstract yourself away from complexity, you have to do the storage. Whether you’re doing that on premises or a service provider is doing it, it must provide the flexible service that people need.”

“There’s still an element of design and architecture that needs to go into it,” Spiteri says. “If the customer hasn’t [planned] the move correctly, they’ll have a lot to consider.”

Although Zettagrid, a VMware partner, traditionally takes an Amazon ‘swipe your credit card and go’ approach for SMEs, the increasing incidence of customers needing to bash their workloads into shape has led it to provide pre-sales support to help migration, Spiteri says. “The sales teams in Sydney and Perth are expanding. We recognised 12 months ago that there was only so much organic growth that could happen.”

Zettagrid is a Dell partner, and Spiteri says that as servers follow Moore’s Law, they become denser and more economical.

“The average virtual machine runs two CPUs, 8 GB memory and 200GB of storage – and it might have been half that 12 months ago, and price is coming down as well,” he says.

Storage is key to the virtualisation discussion, he says. “It’s the least respected area of design and implementation but today the software-defined data centre and storage is making a huge play.”

Spiteri advises resellers and their customers to throw out the old rulebook when scoping virtualised environments for the cloud.

“Start small and scale up or you’ll burn cash and that’s not what the cloud is about,” he says.

“Never listen to the best practices your software vendors give you – they’ll always give you an overestimate of what you need. You’ll eventually fit in that comfort zone where you get your right performance and right costs.”