Google wages price war but partners are the secret weapon 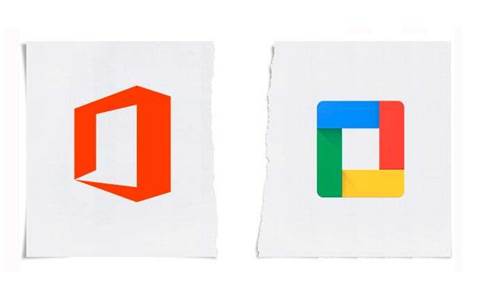 What is going on with Google? The company has announced a flurry of initiatives in the past few weeks in what is clearly a bid to grab back share from arch-rival Microsoft.

Price has always been Google's ace in the hole, and the vendor has now made it even cheaper for customers to switch by offering free Apps for Work for businesses currently locked into Enterprise Agreements (EA) with other providers.

Rich Rao, head of global sales, Google Apps for Work, explained the vendor would cover licence fees until the other EA runs out, as well as "chip in on some of the deployment costs and set you up for success with one of our Google for Work Partners".

Google is throwing money at the channel to make sure they are onboard. Even though these Apps instances are free, Google is sweetening the deal by offering partners US$25 per user to subsidise the costs of creating the new accounts.

But before waxing lyrical about Google's generosity, we'd do well to look at the last time Google fattened its partner rebates. It also raised the bar sky high. The margin available to Premier partners jumped from 20 percent to 30 percent in January, but the threshold for the partner tier was raised to a cool US$500,000.

Even in the US, where everything is bigger, midsized partners risk falling out of Google's top tier. Here in Australia, partners hold a dim view of this scarcely achievable target.

It doesn't help that the natives are already restless, with one local partner telling me that Google has "has totally dropped the ball" in Australia, claiming the vendor has no one on the ground to support resellers. He said that on the flip side, Microsoft has dozens of channel reps and is "actively wooing and supporting their channel partners" with "things like awards, incentives and joint support".

The price may be right, but the partnering strategy remains a huge gulf between Google and Microsoft, which has hundreds of thousands of loyal resellers in every corner of the globe.

Yes, Google is trying to get partner buy-in with a US$25 deployment subsidy, but its main competitive message continues to be price. Google's Rao claims that once customers try out Google For Work, they'll stay thanks to the cost savings, claiming that businesses "with basic EAs and no dependencies" can save up to 70 percent.

Another outfit beating the drum for Google savings is SoftWatch. This Israeli-based software developer creates application usage analytics software; it argues most Office licences are shelf-ware and that customers would do well to switch to Google.

"Eighty percent of Microsoft office users do not use advanced features and can move rather easily to alternative cloud based solutions," claims SoftWatch.

The company has been working with Google resellers for some time; now it has secured the biggest prize – Google's blessing. The search giant will encourage its salesforce and global Apps resellers "to work with SoftWatch and offer the service to customers across the globe".

Glenn Irvine, head of the Google practice at Brisbane-headquartered IT provider Dialog IT, said the SoftWatch deal was "just another weapon in Google's recent major push, providing end customers some real analytics on the collaboration products they are – and aren't – using. This enables them to really right-size their software fleet and assess the return on making the shift to Google."

My reading on all of this? Google got some mileage a few years ago when it caught Microsoft flat-footed and clinched some major enterprise accounts, such as hallmark Australian clients Flight Centre and Woolworths. It continues to secure new business – just this week, CRN reported that direct mail giant Salmat was making the switch away from Office, an impressive win considering Salmat's CEO, Craig Dower, used to run Microsoft-Accenture joint venture Avanade in Australia.

But Google has to contend with a resurgent Microsoft, which is coming at Google with both barrels. It is clear Redmond wants those accounts back, and will use every weapon in its arsenal to protect its flock and bring lost sheep back into the Office fold.

Microsoft will always win the features and functionality war – Office's lineage is too deep; no one can catch up. But as data from SoftWatch shows, most users barely scratch the surface. Do most people really need such a rich feature set?

Office 365 also has an edge in data sovereignty thanks to local hosting at Microsoft's Sydney and Melbourne data centres. But as the recent decision by the federal government Digital Transformation Office shows, even organisations that face regulatory hurdles are happy to go Google.

Google's main lever is pricing, and it is leaning into that with all its weight. But Microsoft's secret weapon is the incomparable power of its partner channel. If Google wants to win more than a few skirmishes, it'll need more than just lower prices – it must double down on its commitment to the channel.