Handing over the keys so that everybody wins 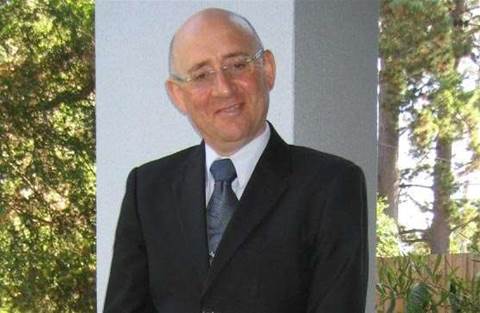 Case study: Many resellers leave it too late to consider a management buyout in their succession plan

Peter Scolari, a director of accounting firm Scolari Comerford, says one of the reasons MBOs and succession planning are not big among resellers is because of the relative newness of the industry.

About 20 years ago, there would have been very few around.

This however, could be changing as more resellers start looking at retirement and as private equity looks around for more deals.

"A lot of the resellers might be starting to look at retirement now," Scolari says. "At the time, it was exciting and everything was happening at once so many of them felt this is not something they need to look at."

Based in Dubbo, Scolari Comerford has set itself up as an accounting firm with a difference.
It offers business consulting services including succession planning and has many IT companies, including resellers, as clients.

Scolari says that not treating the management buyout as a piece of succession planning is a big mistake. That's particularly true these days when there is a skills shortage and talented staff are hard to find and retain.

"This is a very dangerous strategy as businesses are often not worth as much as they thought, and hence fewer buyers. Or key personnel are leaving because they were unaware the offer would be on the table one day.

"When you have key personnel generally you try to keep them and usually a good way is having discussions as to whether they would like to buy in and have a succession plan, even if it is down the track.

"If you don't do this, not only are you at risk of losing them, they can set themselves up as competition and you are left with a business that you are having trouble selling."

An MBO is also preferable to a trade sale. "You could unnecessarily be putting information out there about your business when you could have kept it in-house with the management who would be looking to buy the business.

"As well as that, you have a greater chance of keeping your key personnel instead of having them go out and work for a competitor or set up on their own."

He says the key is to start planning early.

"If a business is formulating an exit strategy, succession planning will generally identify whether a management buyout is on the cards," Scolari says.

"Even if the buy out is not planned for a few years, by going through the succession planning process, this could alert the business owner to a potential strategy so that discussions are held before key personnel leave as they were unaware that the buyout may be offered.

"Succession planning gives [business owners] more focus to improve the value and the running of the business so that it is worth more at the time of sale."

The management itself needs to be ready to take over too, which means they need to start working early to get themselves up to scratch.

Scolari says: "The purchasers should have their business plan in place, including profit-and-loss and cash-flow projections well-prepared so they can go in with a realistic picture and whether some of the potential pitfalls can be addressed.

"During due diligence prior to the buyout, a business diagnostic or business health check should identify key drivers of the business including debtor days, supplier days, inventory days and whether these terms can be improved so that the business generates more cash flow.

"Of course, margins and overheads and whether the business is growing or in decline will also be reviewed when assessing the value and sustainable profitability moving forward.

"If the business is well set up, is less owner reliant, has systems in place, has less risk in these areas, this will be of less concern for the investors and managers. Again, improvement in these areas will be identified when looking at a succession plan which also includes valuing the business as it stands and how improving these areas before MBO time will make things smoother and less risky for the purchasers."