Hands on with the new Apple iPad Mini 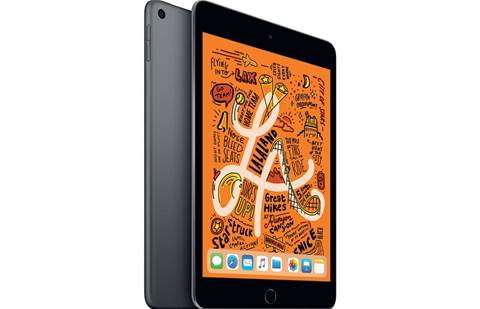 Apple infamously left the iPad Mini alone for years, failing to release a new model between September 2015 and March 2019.

And the new fifth-generation machine is physically almost indistinguishable from its predecessors.

But the new update is vastly different under the hood, where you’ll now find the same A12 Bionic CPU that powers the iPhone XS and XR, and the new iPad Air. This is some serious silicon: six cores, two dedicated to performance and four for housekeeping, a quad core GPU and speeds up to 2.49Ghz.

The iPad hasn’t needed to change much over the years and in its new miniature incarnation remains a delight to use as a device on which to consume content. I found it handled streaming video perfectly, either on WiFi or LTE. It’s a very fine e-reader. And if readers can tell me how not to suck at old-school space game FTL, tips are welcome.

Despite its size, it’s no slouch for content creation.  Apple’s bundled productivity and email apps comfortably handle simple text editing, even with the on-screen keyboard taking up most of the screen. Microsoft Office’s mobile editions run swiftly. And Apple has extended its filesystem access to the Mini, so that it’s easier to access documents either on the device or in just about any cloud storage service you might prefer.

Overall, then, the new Mini is a very good iPad that by being smaller – 300 grams and 203mm x 135mm x 6.1mm - offers one-handed operation and is so portable you can chuck it into a bag without notable encumbrance. It’s fun to have around and just works.

The A12’s grunt means the new Mini can also do all of the augmented reality tricks previously reserved for bigger iPads. Support for Apple’s first-generation Pencil is another addition. I found the Pencil very useful for sketching and it added welcome precision to hunt-and-peck typing.

All of which adds up to intriguing possibilities, because the market for small-ish computing devices has evaporated.

Netbooks came and went. Phablets are no longer much bigger than smartphones.

The Mini therefore has a niche just-about all to itself.

And I think that niche is worth exploring.

The Pencil is good starting point. The combination of high pixel density and the precision afforded by the Pencil means the iPad Mini can sustain very detailed user interfaces. I found it useful as a way improve control of the device. Applications for the Mini can adopt small UI elements that make use of the Pencil without fear.

The AR features lend themselves to a great many simulation applications.

But here’s the thing: most pencil-pushing and AR-imposing apps were written for larger iPads. So even though the Mini’s screen is great, and portability brilliant, the device and its new powers are essentially unproven.

I therefore came away from my time with the machine feeling that it is an exceptionally fine tablet computer. If as an individual you’re tired of two-handed operations, go play with one as there’s every chance you’ll decide less is more for your next table.

As an entrepreneur or developer, go play with one to get a feel for the size of the device and whether it will fit in to your clients’ businesses. Then ponder how an AR or stylus-driven app could do likewise.

I’m not sure there’s a fit. But I do feel that if you do build an app or a service around the iPad Mini, the device will perform.