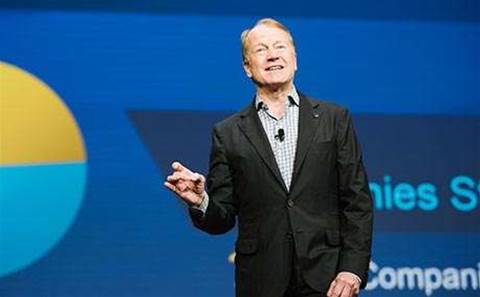 In March and April, two of the most bitter rivals in tech, HP and Cisco, invited me to attend their respective partner conferences.

(Before you make a jibe about journalists and junkets, keep in mind that each trip required me to spend roughly 50 hours crammed into an economy seat. It was easier to do the double last year: both vendors booked their 2014 conferences in Las Vegas during the same week.)

There were no scheduling clashes this year, with HP in Vegas in March and Cisco in Montreal in April. But that didn’t stop them from making a few digs at each other, whether HP’s teasing of “the five letter” company or Cisco’s incoming chief executive Chuck Robbins pointing to the “uncertainty” created by HP’s impending split.

In Vegas, HP had a huge job on its hands to convey a message of stability despite its coming separation. It executed this pretty successfully, though the proof will be in the pudding. While Cisco had an easier task, with no earth-shattering upheaval to counteract, the vendor likewise tried to recast its identity in Montreal.

Cisco now wants to be seen as a software company. As a few attendees pointed out, this was the first Cisco Partner Summit where jeans replaced suits and ties – how very Silicon Valley startup.

It seems every vendor is now fixated on the developer community. The world is going software-defined. As hardware becomes increasingly virtualised, even tin becomes a software sell. Meanwhile, every vendor wants to woo developers to code for their clouds. HP, Cisco and many of their competitors now operate online app marketplaces where ISVs can sell their wares.

It’s worth noting that during the same week as Cisco Partner Summit, Microsoft was holding its Build developers conference in San Francisco. Apple’s WWDC is coming up in June. Last month, CRN’s William Maher attended AWS Summit at Sydney’s Hordern Pavilion. All three have huge communities of devoted developers.

Vendors such as HP and Cisco face a balancing act between engaging a new channel without taking too much attention away from those loyal partners who have been instrumental in their past successes. Nor should they flood their channel with new competitors.

As the channel evolves for the cloud, there’s little doubt that some longstanding resellers will be left behind. But it’s important that mainstream vendors don’t forget where they came from.

Steven Kiernan is editor of CRN