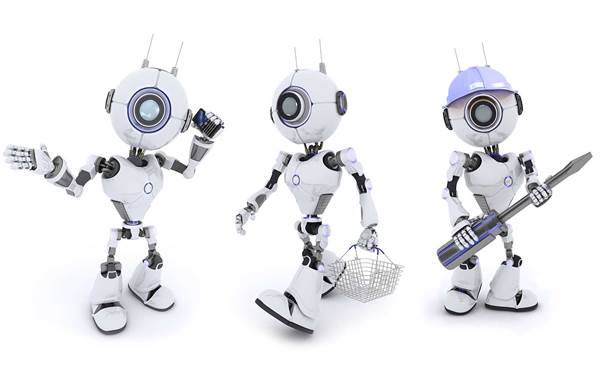 Automation has been replacing manual labour for decades, and systems designed to improve customer service are no different. Everything from Interactive Voice Response (IVR) phone systems to chatbots answering your questions have stood in for the humans who used to do the job.

While not everyone enjoys being greeted by a machine, dealing with a human customer service agent is not always a joyous experience. There are tasks at which computers simply trounce humans.

Anything where humans get bored, or lazy, or sloppy, or where humans simply aren’t fast enough, are the ideal tasks to hand over to a machine – it’s not hard to find examples in the day-to-day engagement between a managed service provider and its customers.

Continuum bills itself as an MSP for MSPs . With more than one million endpoints under management, the company saw the benefits of taking humans out of routine, tedious tasks.

“We developed a system called Intellimon that can tell which alerts are noise and which should get a ticket raised,” said Tasos Tsolakis, senior vice-president of global service delivery at Continuum Managed Services. “It’s a rule-based system, but it gave us a factor of 10 improvement in what we spend our time on.”

Where humans would quickly get tired and lose effectiveness, the automated system just churns along, day in, day out.

Other systems remove the tedium of checklists. When a managed customer’s backup fails, a human engineer gets assigned the task of fixing it, but how do you know the problem has really been resolved? Waiting around to check that the following backups run successfully is another boring task that a machine can do more easily.

“We use workflow automation to check if the backup really is fixed,” said Tsolakis. The human engineer can then spend that time figuring out how to fix the next broken system.”

Similarly, when a problem happens on a customer’s computer, instead of asking them to step through a series of basic troubleshooting steps, the system can automatically collect and send diagnostic information to Continuum when there’s an issue. This ensures technicians get the information they need to fix the problem, and without annoying customers with painful, manual troubleshooting that slows the whole process down.

A mix of tech

There’s no single right way to automate things. “You have to give people options,” says Tsolakis. “Then let them choose which method they’re comfortable using.”

Andrew Reddie, senior director, service operations at ConnectWise agrees. “Self-service tools are hugely successful when implemented correctly, especially when they allow the end user to resolve issues without the need to submit a ticket.”

Other automation approaches that work well include scheduling tools that help customers to set the best appointment time based on the availability of the technician; and automated system analysis that grabs a raft of diagnostic information and sends it to the engineer without the customer stepping slowly through a complex troubleshooting procedure.

“A customer’s time is valuable, so we’ve found that most are fine with automated technology as long as they are quickly provided the correct answers,” says Reddie.

“Keep in mind that customers are getting younger,” he says. “Most don’t have the patience or desire for a personal phone conversation. They prefer to have issues resolved immediately through the use of technology.”

While still somewhat in their infancy, customer support technologies that MSPs should definitely consider include chatbots, artificial intelligence, and machine learning.

The prospect of human-like interactions with computers that can make complex decisions as good as (or perhaps even better than) humans is appealing to a lot of MSPs.

“AI and machine learning must be taken seriously,” says Reddie. “Too many companies do not understand that this is the future.

“Chatbots can handle more than one customer at a time, and chatbots that effectively deal with quick ‘how-to’ questions can lead to faster resolutions for your customers.”

AI and machine learning are certainly hot topics in the boardrooms of private equity and venture-capital firms.

“Our parent company is looking at using AI and machine learning across all of their portfolio companies,” says Adam Ross, regional director, APAC for Datto. “With 55,000 employees and 220 million users of their software, the economies of scale could be enormous.”

ConnectWise’s Reddie is similarly enthusiastic about the potential. “If we can predict customer behaviours and trends, and then provide resolutions before someone even knows he or she has an issue, the result will be much greater customer satisfaction with our services,” he says.

It’s all about the experience

Perhaps unsurprisingly, the customer experience was the focus for all the companies CRN spoke to.

“Before jumping into an automated system or a call centre service, a business must first perform due diligence in terms of understanding its customers’ needs and preferences,” says Reddie. Understanding things from the customer’s perspective is vital to design an automated solution that meets a customer’s expectations.

Datto’s Ross agrees. “You need to break down the customer experience into its components,” he says. “You need to really understand the tasks that you’re going to automate.” Automating poorly understood systems is a recipe for failure.

Simply automating a set of tasks isn’t enough either. Success is determined by the customer, not you, so keeping close to them is vital.

“You have to have external metrics,” says Tsolakis. “We measure customer satisfaction independently of the way the problem is solved.” Tsolakis says he also tracks things like how quickly problems are solved, and whether they stay solved, but these are more about internal efficiency than effectiveness.

“Customer satisfaction is pretty much the only thing we measure,” says Nick Moran, managing director of Melbourne-based Evolve IT. Other metrics can be useful for diagnosing why a customer is unhappy, but focusing too much on lots of complex measurements isn’t good for business.

“I’m sick of people talking about SLAs,” he says. “When something goes wrong, the customer just wants someone to care as much about the problem as they do.”

It’s this effect on people that Tsolakis is most focussed on. “It’s all about improving the experience for the customer and the staff,” he says. “You have to be clear with staff about what the future holds.”

Making the case for change

There is sometimes a concern — often quite well founded — that staff will simply be discarded once a machine does their job. Managing the transition to automation is an important part of adopting the technologies.

“We carefully identify people who have been in a low-level role for a long time and are at risk of stagnation,” says Tsolakis. “We’re growing, so people aren’t concerned about staff reductions,” he says. The challenge is in helping people to transition into new roles as old tasks are taken over by automated systems.

Since its founding in 1993, Evolve IT is no stranger to change, and Moran believes managing the change to automation is a key factor of its success. “The process can take months, but it’s a game changer for staff retention,” he says. “We’ve converted break-fix engineers into revenue generating roles.”

Talented technical people often don’t want to move into management roles. To them, a choice between management, or being replaced by a machine, isn’t much of a choice at all. “The challenge over the years has been setting a career path for a lot of technicians,” says Moran “People in the NOC often didn’t really have one, so we’d map out a career path for them.

“Technicians are still considered more trustworthy than just a sales person,” he says. By carefully planning the transition for the staff, they were usually happy to make the transition from tedious and repetitive work to something new. “Transitioning to a new role is not for everyone, and not everyone wants to,” Moran says, “But most do.”