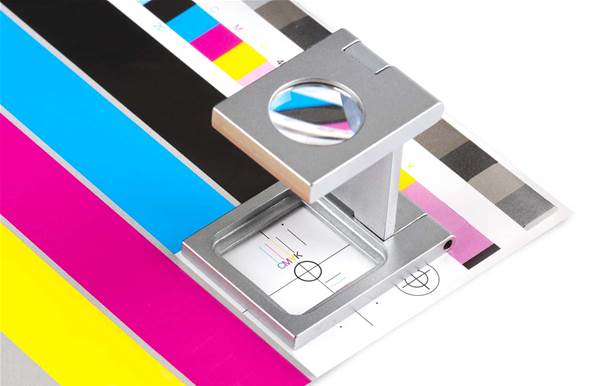 Rather than attempting to cling to memories of past glory, print folks are adapting to a changing world by rethinking the nature of the business they’re in.

Instead of being hidebound, they are leaping off the page and into the imagination of businesses and helping them to transform how they process information.

Whither the paperless office?

Unlike the breathless press releases that seem to clog our inboxes daily, what’s happening in the print industry is a real example of digital transformation. An analogue process of ink on paper is being dramatically changed by adding digital computing devices into the mix.

The long-promised paperless office has never quite materialised. Yet the recent advances in technology, paired with a rethinking of what printing is actually about, mean the paperless office is far closer to a reality than it has ever been before.

“The term paperless office itself can be misleading, as it implies a ‘total absence of paper’,” says Antonio Leone, ANZ marketing manager at OKI Data Australia. “In some instances, what we’re witnessing is a reduction of paper usage.”

“Many organisations are having a more of a sort of ‘paper lite’ office,” says Adam O’Neill, managing director, Y Soft Australia. “There are areas within almost every organisation where paper still is a requirement.”

“While per-person print volume may not have increased, overall print volumes have gone up,” says Eric Holstmark, general manager of strategy, transformation and technology at Konica-Minolta.

What’s changing is the way in which those paper requirements are being augmented with digital solutions. Documents that are physically printed are also stored digitally for easy search and retrieval, and when organisations receive printed documents they don’t process them the same way they did 10 years ago.

When the tech gets affordable

Organisations have largely abandoned faxes in favour of email, yet there is still a significant demand for printing to exchange information between businesses.

“A lot of it is due to businesses dealing with other organisations that may not be up to the same digital level that their own organisation is,” O’Neill says. “So people still find print a very simple way to exchange information.”

But having to deal with less modernised organisations no longer means a business can’t move to more digital print management.

Optical Character Recognition (OCR) technology has been around for a while, but it was historically a bit hit-and-miss, particularly in lower-end devices. The incredible advances in computing power that have brought us the internet of things has also affected the computers that live inside printers and scanners.

“The technology has caught up with the need to scan,” says John McEncroe, director at KISS Print Solutions. “And it’s within the reach of smaller businesses that might not have been able to afford it before.”

What would have once required the deep pockets of a large enterprise is now available in devices affordable for SMBs. “We used to call it ‘selling the invisible to the disinterested’,” McEncroe says. “It’s definitely moved from a mere concept to actual practice.”

Businesses can drop documents into a document feeder and the system can recognise the format of a document as an invoice from a particular supplier, automatically filing it into an appropriate folder in Dropbox or Google Drive.

“Instead of a paper-based workflow it’s now a data-based workflow,” says Tim Davidson, managing director at Newcastle-based TO Technology. This shift to thinking about the information, rather than its physical form, is part of the dramatic change that’s flowing through the print industry.

“The productivity gains and the way our customers transform their internal processes are amazing,” says Marcin Wilinski, general manager, services, at Ricoh Australia. “Automation, process design, integration and IT services need to treat the printer device as a ramp for digital productivity and to support the collaboration requirements for the entire workplace.”

Print for you and me

The changes aren’t restricted to the input side, either. Digital technology has transformed the output side – the physical printed materials – as well.

Digital printing capabilities are replacing a lot of the printing that would have been traditionally performed by large offset printing devices. Think of the vast array of brochures, direct mail, conference backdrops, stands and other marketing materials that organisations use to communicate with customers.

Marketers who want to quickly print a customised set of handouts for a small meetup or conference can now get a design done and printed in just a few hours, where it would once have taken days.

“Production print has taken off,” says Holstmark. “The high-quality product sells itself.”

While marketing enjoys the increased responsiveness (and being able to change their mind dozens of times right up to the moments before the event) the smaller batch sizes possible with digital printing means it’s less wasteful.

“For these print runs you might only want hundreds, not tens of thousands, of copies,” Holstmark says. “It’s less wasteful than offset printing.”

The situation is reminiscent of the steel mini-mills case study beloved of business schools everywhere, and which is a canonical example of disruptive innovation in Clayton Christensen’s The Innovator’s Dilemma. In a world replete with claims of disruption, it’s refreshing to find a real example for once.

Printing is also no different to any other reseller market we’ve covered in these pages over the past few years when it comes to solution selling. The days of being an arm’s length box-dropper are coming to an end in printing as they are everywhere else. The name of the game is solutions, and resellers need to be building their capabilities here or they’re going to end up in trouble.

“Dealers are challenged with providing a more sophisticated offering that some have not been able to deliver,” says Geoff Augutis, chief executive officer at Queensland Computers. “Any company looking to provide only a single offering is always going to struggle. One of our big strengths over the years has been that we are diversified in our offerings.”

“There’s a desire from customers for IT support, rather than just print specialists,” says Rick Buscome, managing director at Cable Blu. “The way the print industry is headed, if you’re not offering more value and helping across multiple parts of the business, you’re going to struggle.”

He has responded by investing in providing a superior customer experience, filling the gap left by the device makers. “Our strategy is around value. We don’t have to cut costs to compete,” he says.

Augutis agrees. “I believe there is room for growth in print if coupled with smart consultancy focused on solving a problem not just selling a ‘box’,” he says.

The print industry is right in the middle of major changes from its traditional ink and paper beginnings into a more diversified modern digital information management field. Some players are attempting to bunker down and cut their way to success, while others are branching out into new areas in search of growth.

Success for resellers seems to rely on the classic advice found in these pages on a regular basis: focus on what customers want, provide them with high quality products, learn about their businesses and what they’re trying to do, and support them in their endeavours.

The name of the game is information management, and we’re going to see traditional print device vendors moving more and more into markets traditionally serviced by IT vendors. Software will become more prominent than hardware as costs get stripped out of increasingly commoditised physical devices.

As in previous examples of disruptive innovation, we can expect that a few players will double down on old approaches and subsequently struggle, while more nimble competitors accumulate customers looking for new ways to work.

Picking which vendors to partner with, and which ones to abandon, will be important strategic decisions for those in the print industry channel.