Here's what Apple needs to get right about cars 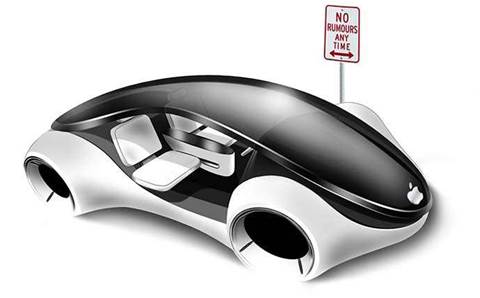 I need a new car. Not in the “Oh, I’m sick of the colour” way or the “I just think it’s time for a refresh” way. More in the “You came here in that? You’re braver than I thought” way. My car has served me faithfully, if erratically, but its time is near.

So naturally, I’ve been thinking about cars and what’s available and what’s coming soon. And I’ve been thinking if Apple wants to sell me a car it had better hurry up and build one. The rumours that Apple is developing a car have progressed well into the “worst-kept secret” category, so I think we can talk openly about it now. Apple’s been poaching people from Tesla with great alacrity, and you don’t do that unless you’re building a car.

I’m not saying I would automatically buy an Apple car just because it’s made by Apple, of course. Just that I have a history of buying Apple stuff and a car is what I’m in the market for. Given how I’ve flogged my current vehicle long past the time it should have been reprocessed into cans of dolphin-safe tuna, I don’t know when this window of opportunity will open again.

If Apple wants me to buy its car, of course, it will have to do more than exist. I have a few things I need.

First, it must be electric. This is a no-brainer, naturally – Apple’s not going into the internal-combustion business.

Second, it must not be autonomous. A few little tricks like self-parking and collision prevention would be fine, but I don’t trust computers enough to let one drive me around. Besides, the regulatory framework for autonomous cars (not to mention insurance implications) will be many years in the sorting.

Third, it must be intuitive to start. This should be a no-brainer, but if you’ve ever sat behind the wheel of a Prius and tried to figure out what to do next, you’ll understand. Tesla may or may not have figured this one out — I’ve not driven a Tesla so I don’t know. If the Tesla folks would like to offer me a loaner, get in touch.

Fourth, it must be intuitive to use. Not to drive — that’s going to be the old pedals and wheel bizzo I expect. I mean intuitive to take advantage of the many different capabilities of the vehicle. This is where I think Apple could make great strides, since UI is more or less its core strength. I’m yet to see a car with a good user interface (again, Tesla — call me), so my hopes are with Jony Ive and his team. (That said, the Apple Watch UI is a shocker. I had better not see a version of that on my steering wheel, or I’m calling Elon.)

My present vehicle does all sorts of wondrous things, and I use maybe half of them. Some of them — like the rear windscreen wiper — I found out about by accident while trying to figure out how to do something else. It has dials and switches and buttons with arcane glyphs that once meant something to someone somewhere, but nothing to me.

And don’t get me started on the climate system. Balancing sliders and knobs and wheels with many, many more settings than anyone can possibly understand. If there’s a way for my car to keep me warm on a cold rainy day without fogging up the windows, I haven’t found it. And bear in mind I’m an inquisitive sort of fellow who likes to figure out how things work. If my car has a feature that might enhance my experience of driving, I want to use it. Before you ask, yes, I have read the manual. I’m little wiser (though I do know how to use cruise control).

In an Apple car — or at least in my fantasy imagining of one — discovery would be easy. There wouldn’t be features I never used or knew about.

Finally, I should be able to afford it. Maybe that one’s too much to ask, given Apple’s recent costing up to luxury brands with the Watch. But I figure that’s what Apple has that Tesla doesn’t: scale, and the economies that come with it.

So there you go, Tim and Jony, there’s my order. I’ll have one in Space Grey.