Hosted applications: Can you trust them with your business? 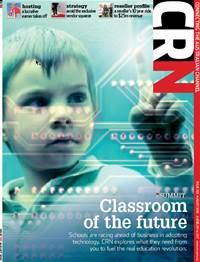 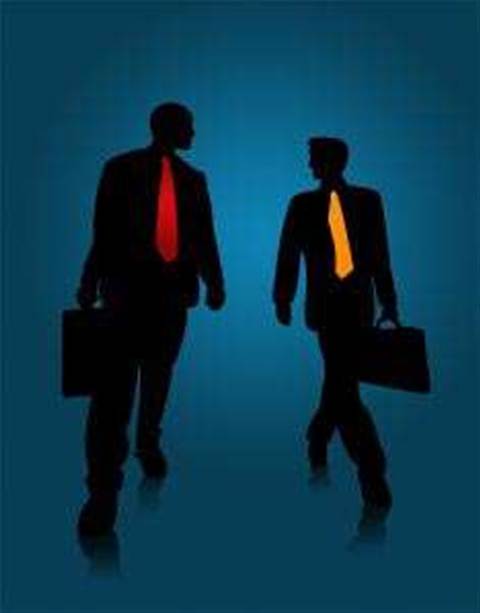 Hosted applications have been part of the IT industry since before you first heard the words" You've Got Mail" boom out of your old Compaq Presario (or whatever 386-based PC you, your colleagues or your customers used at the time), and America Online began hosting e-mail, contacts and messaging for millions of end users.

But while on one hand there's nothing new about hosted applications, on the other hand everything is new as enterprises of all sizes begin migrating more and more mission-critical technology to the cloud. In the CRN Test Centre, this has given us the challenge of examining aspects of business solutions that we can't control ourselves on a soup-to-nuts basis.

Issues like uptime, performance and reliability are fraught with "mileage-may-vary" aspects. Best practices continue to evolve, as do the basic questions over when is it time for cloud computing, and how much cloud computing is enough?

Against this backdrop, this month in CRNtech we take a look at three hosted applications--from industry heavyweights Intuit, NetSuite and Cisco. Taking our best look at their uptime, features and functions, and cost, we ask a basic question: Can you trust them with your business?

The answer to each, for the most part, is "yes" - but there are some caveats that we will note.

Previously in CRNtech, we've looked at hosted applications from Google, Microsoft, IBM /Lotus and others - when the phrase "cloud computing" was just entering the vernacular. As market conditions and business issues continue to change and evolve, so will our questions. For now, here is how we stack up these hosted apps.

As the web browser, more and more, becomes the focus of applications used in the enterprise, companies increasingly rely on the availability of those applications for conducting their daily business. As the high-profile failures in June of Intuit's QuickBooks Online and other services will attest, even the most trusted sites remain vulnerable.

In an earnings conference call with financial analysts in May, Intuit claimed to be servicing "more than 300,000 Web site customers" across its various online products, which include accounting, payroll and Web site design and management. Most of its online customers are small businesses, and millions more use its TurboTax online tax filing service.

Intuit made its mark with Quicken, an accounting package so simple that anyone capable of balancing a checkbook could handle the accounting of a household or small business. QuickBooks expanded the metaphor further for the small business. Free to try for 30 days, the CRN Test Centre signed up for QuickBooks Online and found that the company has transferred the elegant simplicity of its desktop products to the online version.

There are numerous reasons that a company might choose to use accounting Software-as-a-Service. For starters, it's easy to get started and to use, it's inexpensive to maintain and it doesn't necessarily require a dedicated staffer. And unlike many in-house systems, records are available from any Web-connected machine, and company data is protected and backed up automatically.

Then there are the risks, which include outages, data loss and the perception of compromising sensitive company data (which is not typically a real problem). But such is also the case with systems deployed in-house. Granted, Intuit's outage lasted for a day and a half--an eternity in Internet time. But the firestorm of criticism for Intuit and the ensuing FUD about cloud-based services in general might have been misdirected. Sure, Intuit might have avoided the crisis by housing its primary and backup systems in separate locations. But such an outage, which was brought about by a power failure during a routine maintenance procedure, could have happened anywhere to any company, regardless of which side of the firewall finds the data center.

Of course, data residing in the cloud is at the mercy of numerous factors that might be beyond the control of your IT department or your customer's. For example: If your provider's Internet connection fails, so does data access. There are also client machine(s) and provider server(s), security from hackers and unforeseen and unknowable events. Incidentally, as I was writing this article (which was hosted in the cloud) a message appeared that the host system had experienced an error. My document was not affected, but I couldn't save my work for a few minutes.

Intuit performs daily backups and claims iron-clad security and privacy, but offers no guarantee of uptime nor does it publish uptime statistics. In response to our inquiries, an Intuit representative told the CRN Test Centre that the QuickBooks Online system experiences an average uptime of 98 percent including scheduled maintenance. That translates to 28.8 minutes of downtime per day, or 7.3 days per year. The company would not tell us how much of that was unscheduled, but even half or less might be too risky for some businesses.

Though perhaps best known for QuickBooks and TurboTax, Intuit's applications span many for ERP, including payroll, point-of-sale and asset management. And reseller opportunities exist for custom development, integration and maintenance through Intuit's Intuit Partner Program (IPP), which uses Adobe Flex Builder 3 with the Intuit SDK.

The first step of the application development process is to build a database on Intuit's Web site. This is done using a browser-based point-and-click interface to define the fields, which can hold text, numbers, currency, phones, time and other data types. Moving over to Flex Builder, the next step is to create a project and add the IPP framework. For developers, the next steps are to manage the IPP project definition, create an app token and get the ID for the database created in step one.

Next is to create the data transfer objects, which handle communications between the local app and the back-end database. Then the coding can begin, and there will need to be plenty of it. This process is for organisations with advanced programming skills at their disposal.

A solution just as powerful yet with far less coding is offered by NetSuite, whose Web-based portal includes Infrastructure-, Platform- and Software-as-a-Service capabilities. For each application, the reseller is provided with all the working code necessary to build any ERP application a customer can dream up.

NetSuite also caters to customers in need of a formalised service level agreement. The company guarantees 99.5 percent uptime, which translates to an average of 7.2 minutes of outage per day, or 1.8 days per year. NetSuite's like-named Platform-as-a-Service enables resellers, ISVs and integrators to build, deploy and market their applications completely in the cloud. The company claims to have about 150 ISVs building a combination of apps: CRM, ERP, e-commerce and asset management applications for public and private (licensed) consumption.

Reseller programs are available at multiple levels and for many purposes. For system integrators, NetSuite offers training in the specialised skills required for linking the business systems of an enterprise with applications built on the NetSuite platform by third parties. SIs have further earning potential by consulting on business processes and governance, and risk compliance, and can develop customised apps to help with these practices. NetSuite solution providers, once fully trained on the platform, are equipped to develop customised accounting, ERP and CRM applications to stand in for or work with existing enterprise systems.

Then there's SuiteCloud, NetSuite's developer network and the tools in its business operating system environment. Among them is SuiteTalk, a set of SOAP-based tools for building connections and back-end integration between a company's existing Web services and cloud-based apps to those in NetSuite's cloud.

When evaluating NetSuite, which was founded in 1998 by Larry Ellison as NetLedger and later called Oracle Small Business Suite, one key differentiator is in the amount of predeveloped code that's included with its framework.

Most other cloud-based platforms (including Microsoft's Azure) provide only the tools; the developer must build much of the application from scratch. Hosting options include customer premise and reseller premise.

Revenue sharing varies between 10 percent and 25 percent, depending on the application and its users.

Application hosting isn't just about ERP. Cisco in late June unveiled the Cisco Hosted Collaboration Solution, giving its reseller partners the ability to host and license WebEx services and other collaborative applications to their customers and gain a share of that recurring revenue.

The news, which came on June 30 at CiscoLive, the company's annual conference and networking event, marks the first time it will allow partners to license WebEx since it agreed to acquire that company in March 2007.

In several key ways, WebEx will serve as the cornerstone of Cisco's effort at hosted collaboration. The Web conferencing space is nothing to sneeze at: Market-research firm Frost & Sullivan has estimated Web-based conferencing will be an almost $US12 billion worldwide business by 2014. That's a lot of online PowerPoint and desktop sharing.

WebEx certainly isn't new, but its inclusion as the centerpiece of Cisco's hosted collaboration effort puts it into a new light.

A quick rundown: On Windows desktops, deploying WebEx is as simple as going to WebEx's site, scheduling a meeting and determining whether it will include voice and video (our free trial didn't give us a videoconferencing option), and e-mailing invitations with URL and dial-in information.

Step two includes downloading the WebEx desktop-sharing application, which allows the conference host to share documents or the contents of a desktop while discussing a topic. Simultaneous text-based chat, audio and video can also be used.

WebEx is $US49 per month per user; it requires less infrastructure than, say, Microsoft's on-premise collaboration solutions - but doesn't provide the power of integration with custom applications that Microsoft does. It's also a little less robust than we've seen with LotusLive, although the ease-of-use factor is very, very high for Windows scenarios.

In all the years that we've used WebEx - before and after its acquisition by Cisco--we've never experienced outages, latency or other performance issues with it. And now WebEx provides the added feature of support for smartphones - meaning you can even take part in a WebEx conference if you're on a train commuting to or from work.

So, in many respects, it's the smart course of action for Cisco to tag it as the centerpiece of its Unified Communications System.

The new services, which will integrate with those of the Unified Communications System, can be hosted in any of four ways: in the customer's private network; by the reseller; purely in the cloud; or in a hybrid form.

All can be deployed in a standard blade server and managed by the reseller. Other revenue opportunities include SLA monitoring and deployment of additional services.

Partner pricing will depend on volume commitments, but Cisco says there will be no minimum purchase levels. Details of the reseller programs were still being finalised at press time. The company expects to reach firm agreements with Orange Micro, Verizon and Swisscom, all of which have been involved in field trials of the new system.

In terms of reliability, Cisco implements its applications on a VMware infrastructure with dedicated instances for each customer and full (proprietary) redundancy to multiple hardware blades.

Unlike multitenant hosted applications, under which large numbers of instances can fail along with hardware, Cisco has optimised its failover capabilities so that voice, videoconferencing and other streaming applications continue seamlessly in realtime and never rely on a single piece of hardware, according to the company.

While WebEx pricing alone is available, pricing for the complete suite was not available at press time.