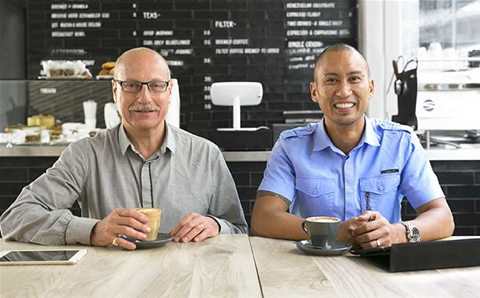 Small to medium-sized customers have been waiting a long time for a new type of reseller, one that can plug together cloud programs as easily as hard drives into PC chassis. It has taken far longer than expected to see the first of these cloud integrators emerge in the small business market.

Why? Simply put, the number of apps makes it impossible for a generalist break-fix services business, with a mix of clientele, to become a generalist cloud integrator. At the small business level it’s just not possible. The amount of knowledge required costs more to assemble than an SMB’s ability to pay.

The new pioneers are companies like SMB Consultants, which focus on satisfying one niche. Jeff Atizado, joint managing director of SMB Consultants, first started behind the counter of a Mac reseller in Bondi Junction, NSW. He ran the retail shop for four years in 2006 and, as Apple grew in popularity, moved into business implementation.

“We knew we needed to diversify and move away from selling hardware” and break-fix services, Atizado says. The new division focused on setting up point-of-sale (POS) devices for retailers with up to 15 stores. The reseller went beyond installation to advising on the best way to run front end and inventory more effectively.

SMB Consultants sold the Lightspeed POS, which mimicked the simple interface of iTunes. In fact, Shopify, TradeGecko and many other business apps still retain the same left-hand navigation. Lightspeed was the first to introduce mobile devices as POS terminals in the retail space, following in Apple’s footsteps. “You could transact anywhere in the store,” Atizado says.

The mobile retail experience became extremely popular – not just because of its informal nature, but for the better business reporting the cloud apps gave business owners.

The next big technology shift for SMB Consultants was the iPad, the emergence of which signalled the move to cloud software and services. This had a profound impact on the role the IT provider played. “It really transformed our company from sitting in between hardware and the customer to understanding how to store information in the cloud and access it.”

The POS reseller became mobility experts and took a new certification called Mobility Expert as part of the Apple Consultants Network program. ACN created the mobility skillset for SMB Consultants because it didn’t fit in any other category, Atizado claims.

The final piece in the puzzle was the release of cloud accounting app Xero. It integrated tightly with another Wellington, NZ-based start-up, a cloud POS app called Vend. From that point, SMB Consultants recognised it could build a stack of cloud apps based on Xero’s ecosystem that turned Vend into a much more powerful beast.

A small retailer can use as many as 30 apps plugged together performing various services such as analytics, customer loyalty, e-commerce, accounting, drop-shipping, email marketing, rostering, social media, payment gateways, inventory and POS. Data flows from each app back to either Vend or Xero automatically.

Now the POS didn’t just record sales, it could drive highly labour-intensive areas such as financial administration and e-commerce.

The decision to become a Xero partner marked a significant change in the company’s internal knowledge. “We now started to understand not just the front-end of the business but also the financial management.”

But why bother building a Frankenstein with a score of apps to run a retailer? Why not drop in a do-it-all ERP instead? The biggest turn off for ERPs is the complexity on the front-end. That and the price; collections of small apps can be built slowly over time, a modular approach that lowers the barrier to entry.

“You may not use all the benefits of an ERP initially but you have to commit to all of them,” Atizado says. During this period of frantic innovation, businesses can get better results from best-of-breed collections rather than a single suite.

Resellers wanting to be a one-stop cloud software shop are in for a tough ride, judging by SMB Consultants’ experience. “With the diversity in the types of businesses out there, there are too many moving parts for a one-size-fits-all model,” Atizado says.