How a passion for footy inspired EFEX Group's growth 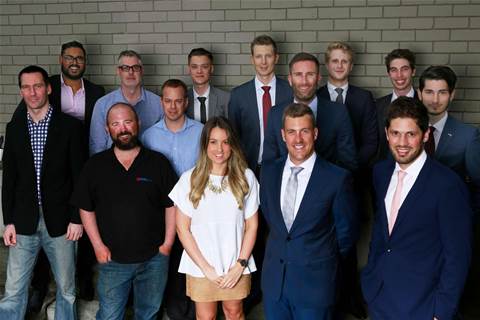 If you’re a Sydney reseller looking to win name recognition in Melbourne, the AFL is a smart place to start. Amid its southern expansion, print specialist EFEX Group signed a gold partnership deal with the Greater Western Sydney Giants and is the name sponsor for the Skydeck stand at Sydney Showground Stadium.

EFEX has opened up its first interstate office in the Melbourne suburb of Collingwood with six staff and more new hires on the way. The company had a huge 2015 with its 175.79 percent growth to $2.91 million propelling its to second place on the CRN Fast50 ladder, helped by the major acquisition of fellow Sydney reseller Panaquip.

So how does EFEX chief executive Nick Sheehan describe this period of rapid growth? Insane.

“It’s been an insane year with more than doubling our growth and doubled our staff. We just focus on outperforming our competitors.”

Sheehan has been planning the Victorian expansion for some time. “We’ve been very bullish about opportunities in Melbourne, we always have been. We recruited really well down there, and we’ve got lots of really experienced guys on the ground.

“A lot of the guys were footy fans, so going into the [Melbourne] market, it was important to align with their local religion. Footy is massive down there, and going into this was a very strategic decision when being in the Melbourne marketplace.”

The big question is how does a company do so well in print amid an era where ink on paper is being rapidly disrupted? EFEX Group was just shy of $3 million in 2015, only its third year of trading. Sheehan says the key is looking at printing as a relationship business, not a hardware business.

“Print revenue is declining worldwide, which is an obvious thing to say. If you look at the IT space, products have become commoditised over time. The same thing happened with print. All hardware from the top vendors is very good – all we’ve done is realise that this business is about relationships and service. If you can get those right, then the rest comes itself.”

While print is serving EFEX Group well, Sheehan has his sights set on managed IT services next. He plans to bring the same relationship-focused, start-up mentality that led to EFEX’s print success to the new business. “We haven’t widely advertised how we’re doing that, but we’re looking at some strategic options around acquiring IT businesses. Clients like having one throat to choke for all their needs, and we’ll be there as the full managed service provider for networking, telecommunications and print.”

EFEX is pretty tight-lipped on the expansion, but Sheehan said that 2017 will EFEX big year for managed services, with the goal of becoming the end-to-end IT provider for new and old clients. Sheehan has set a lofty goal of 230 percent growth for this year pending some big announcements at the end of the financial year.