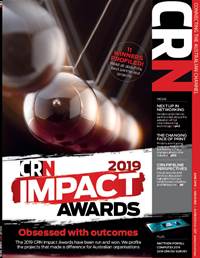 This article appeared in the June 2019 issue of CRN magazine. 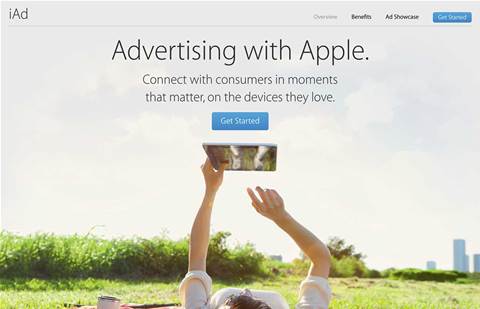 COMMENT  |  "Who do you trust?” It’s a deceptively powerful question, don’t you think? It seems like a pretty simple sort of thing, but it gets to the heart of who you are as a person and the kinds of people — and organisations — you want to have relationships with.

Some big companies are struggling pretty hard at the moment with a lot of customers answering that question with a simple and yet devastating “not you”. Facebook leaps to mind. Google is there too. Amazon is certainly on the naughty list. A recent addition seems to be Chinese conglomerate Huawei — an addition that is sending shockwaves through every other company in the mobile space. Such is the interdependent nature of the tech industry.

Apple has, so far, managed to get at least a tentative thumbs-up on the question of trust. What many don’t realise is that Apple’s trustworthiness is almost pure accident — but of course so much of success and failure is. Look at Microsoft, which spent so many years completely misreading the mobile space that it ended up completely absent from this conversation. It’s built up a store of customer trust by failing to realise there was an alternative.

The reason Google, Amazon and Facebook are so entrenched in the trustworthiness doghouse at the moment is because they have all spent the bulk of the last decade building their businesses in the harvesting, analysis and repurposing of data about their customers. The customers were happy to hand over the data, of course, because it meant better customer service. Ads tailored to their desires, before they knew they desired.

It only turned bad with the revelations about Facebook and Cambridge Analytica. Only then did the penny drop (oh, so very very many pennies) that the same data that could be used for great customer service could also be weaponised for mass manipulation. That was 2016 — the year of Brexit and Trump.

Since then the biggest companies in tech with the most customer data on hand have been scrambling to prove that they never meant any harm and they would do better in future. To which customers have replied with a resounding “prove it”.

Lucky thing Apple was clear of that mess, right? It only ever had its customers’ best interests at heart and never ever tried to build a business on the basis of how much it knew about us all. Right?

Maybe you don’t. I do. Back in 2010 Apple launched iAd as a mobile advertising platform, offering developers an easy way to get revenue out of millions and millions of iPhone users, and offering advertisers access to all those millions and millions of pairs of eyeballs — all of them attached to customers whose names and locations Apple knew. Steve Jobs even boasted in keynote speeches about how many millions of credit card numbers Apple had stored securely on its servers. That wasn’t a message for iPhone customers — why would they care how many credit card numbers Apple knew?

The message was for the advertisers. It was saying “here are our customers — they are also our product, and we can do you a great deal”.

So what happened? Why isn’t Apple in the same poo as Google, Facebook and Amazon when it comes to privacy?

What it comes down to is that Apple wasn’t very good at it. Apple’s good at lots of things, but iAd was only ever peripheral to its core revenue-earners, so it just wasn’t as successful as Google and Facebook at locking up all that mobile ad revenue.

In the end, iAd was dropped in — wait for it — 2016. Just before those pennies came raining down.

Arguably, of course, the reason Apple wasn’t as successful with wooing advertisers to its platform (despite its enormous size and reach) was because it always valued its customers’ privacy just a little more than its competitors did. If so, that was an honourable weakness to have.

And it’s meant that in 2019 — and the decade ahead —when trust is better understood as a valuable asset between companies and their customers, Apple is sitting on a bigger pile than most.

But it’s not for a lack of trying.

This article appeared in the June 2019 issue of CRN magazine. Subscribe now