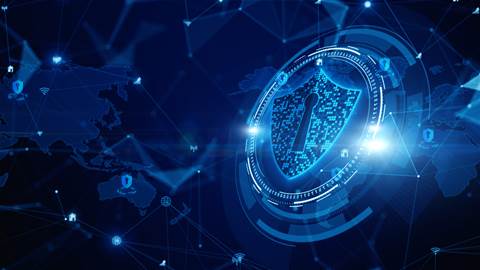 The start of the pandemic saw companies scrambling to give employees and contractors remote access to systems. Now, they are turning to BeyondTrust and its partners for help tightening the locks on those systems.

Sydney-based cyber consulting firm 3Columns has worked on more than 10 rollouts of BeyondTrust’s Privileged Remote Access product in recent months, says the business’s Technical Director Amit Singh. They include what he says is one of the largest such rollouts for the New South Wales Government.

3Columns is benefiting from interest in BeyondTrust Privileged Access Management (PAM) products, which include the remote access product and address the need for much closer scrutiny and control of user access.

Awareness of the need for such products has increased, reports Singh. “Following most data breaches, the first report that comes out of the incident response is that you need a privileged access management solution,” he says.

So what are these products and why are they earning BeyondTrust and its partners positive testimonials?

Among the 3Columns customers which have requested tighter access controls is Medline, an international supplier of medical and surgical products including surgical gowns, masks and surgical instruments.

Before the pandemic, contractors would visit Medline Australia’s premises to access a variety of systems – they worked on upgrading ERP systems, managing a PABX and checked environmental controls in Medline’s data centres, for example. They used sanitised laptops to login, while a Medline staff member shadowed them.

That process changed once COVID arrived. “Gone are the days where your contractors can rock up to your premise and you shadow them while they work on your systems,” points out Medline Australia’s Senior Network Engineer, Zefeel Ali.

Instead, with 3Columns help, Medline used BeyondTrust Privileged Remote Access to give contractors secure remote access and record everything they did.

“The contractor is able to log in and every keystroke is basically being monitored, recorded and audited,” Ali explains.

This has given him peace of mind that if there is ever a security concern, “we can fall back to this audit process and see what the contractor might have done.”

The BeyondTrust product has also given Medline more control of contractors’ access to systems. Ali can restrict their access to between 8am and 5pm on week days, for example. He can also choose to receive email alerts when they access Medline systems.

“If you get more paranoid, you can require a contractor to send an email which I have to approve so they can access the system,” he says.

The BeyondTrust product has also freed Ali and his small team from shadowing contractors. And the product’s password vault feature has removed the need for contractors to know Medline passwords.

“It has saved me a lot of time. But it also has given gave me peace of mind that whatever the contractor is doing, basically we control their access,” Ali says.

He has since also started using BeyondTrust Privileged Remote Access to secure remote access to Medline’s systems in Japan. “Because it's a cloud based solution the only thing I had to do was get more licenses,” he says.

Ali also sees potential advantages in applying this zero trust approach to employees’ remote access to systems. This would give Medline greater control than a VPN over what users can access. “These are the things that we are already thinking of now about how to get more use out of this,” Ali says.

For 3Columns, the benefits of its BeyondTrust partnership go further than access to a zero trust solution.

Ease of deployment and use is also one of the product’s selling points. “It just works out of the box,” Singh says. “Once the licenses are delivered to the customer, which usually happens within 24 to 48 hours of placing the order, technically, the solution is ready to be used by the customer.”

“Customers really appreciate the agility. And you don't need a lot of infrastructure on premise to be able to use that system. It basically sits in the cloud ready to be consumed.”

He also values that BeyondTrust’s remote access product is part of a suite. “The whole BeyondTrust portfolio allows us to take any company on a journey to make them secure end-to-end,” he says.

And security should be a journey, BeyondTrust Channel Account Manager Paul McKersey likes to remind people. “This is where the value of partners comes into it. You don't typically just install a product and walk away,” he points out.

“Having partners like 3Columns is key,” McKersey says, “because they're going to help the customers as they go along that journey. I don't think you could describe it as a journey with a defined end date.”