How bias stops you selling 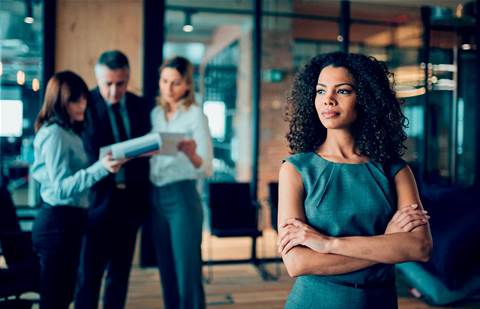 COMMENT  |  It’s the meeting you’ve looked forward to all week because the proposal you’ve crafted for this prospect is brilliant.

You understand their business. You know how to help them achieve their desired outcome. Your team has the skills to make it all happen. It makes complete, beautiful, logical sense for the prospect to accept your ideas.

And then they reject it. Somehow you misunderstood their intent and missed an important point. And now you’ve missed out on the business too.

There’s a good chance you just experienced the destructive power of cognitive dissonance, a situation that occurs when we hold two thoughts that compete against each another and choose the one that is most closely linked to our beliefs.

Cognitive dissonance is nothing new.

A famous example of the problem was detailed in the 1956 book “When Prophecy Fails” that explored a doomsday cult that predicted with complete certainty the world would end on December 20, 1954.

The cult leader Dorothy Martin convinced her followers that escape was possible if they ditched all possessions and left their partners and commitments behind.

True believers who took those steps would be saved - lifted away in flying saucers, in fact.
Of course the Earth was not destroyed. Which you’d think would rather dent Martin’s credibility.

Instead, she claimed to have received a message that the faith of the core group was so strong that the Earth had been chosen to be saved. Instead of being angry at the deception, the believers became even more faithful and rejoiced at their role in averting disaster.

The lesson here is that we like to think that our beliefs and attitudes are rational and logical, and that we make decisions objectively. Yet in real life it is rarely the case. The cultists’ flip from believing in doomsday to believing in having been the agents of their own salvation shows that we want information to fit in with what we know, to match into our pre-existing beliefs.

Cognitive dissonance is easy to find in smaller actions. If you’re trying to lose weight, but bought a muffin with your coffee anyway and rationalised that you can eat sweets and lose weight, you made a choice you know is wrong because you really felt like and muffin and chose to believe it wouldn’t make a difference to the outcome you want.

There is an inherent lesson for salespeople here.

As a salesperson, you need to deeply understand your clients’ values and beliefs - the things that are really important to them, beyond the deal. If you pay attention, you will find that people act consistently.

Action this insight while dealing with a client by thinking about two possible competing thoughts your clients could be thinking. Watch and observe the tension the client is experiencing in their body language and the way they respond to you as they wrestle the two ideas.

By trying to intuit how your client is making their decisions based on their psychological needs, you can map yourself to that model. By doing so you can influence and overcome cognitive dissonance.

You also need to be aware of your own cognitive dissonance to make better decisions. You can do so by asking questions such as:

It’s not always easy to know which questions to ask to understand your own biases, or those of people you work with.

To gain those insights, talk to someone you trust and ask them for their perspective.

Cognitive dissonance is so pervasive that almost 90 percent of us experience it. And the first step to beating it is by being aware it exists!

Pancho Mehrotra is the principal and founder of Frontier Performance, and uses a wide range of disciplines to advise on psychology in sales and optimum professional performance. Contact Pancho here or on (02) 9033 8663.

Grow your software revenue by selling these 5 affordable, essential tools for the modern workplace
By Pancho Mehrotra