How disties are beating the squeeze 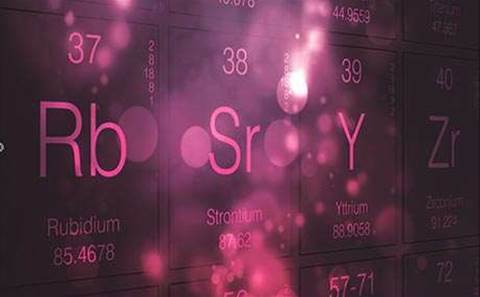 For an industry at the nexus of some of the most significant trends disrupting the business world today, disties and channel players are remarkably relaxed about change and consistent in their views about what makes for good distribution. Essentially – get the basics right.

Today, as cloud infrastructure impacts storage and server sales, software-as-a-service rewrites rules around licensing and end users find it easier than ever to procure direct from vendors, some question the long-term health of the two-tier model. But so long as there is a need for basic physical stock processing and management, there will be a need for distributors, says Telsyte analyst Rodney Gedda.

“Vendors need channels to market and resellers need reliable suppliers of equipment. It simply isn’t feasible or desirable for an IT product vendor to build out its own supply chain infrastructure. Particularly with products that need to be handled with care and tested before purchase.”

Gedda refutes the idea that trends such as the decline of PCs will necessarily have a big impact on the industry. “As some products become less desirable for customers, for example desktops, there will be other products, such as tablets, that will take their place.”

Express Data sales director David Peach suggests that at its core, distribution is about aggregation – both of solutions and of resellers. From above and below, the distie is that ‘one throat to choke’.

“In the early days, resellers benefited by sourcing from aggregated local inventory, transacted via one account with a distributor rather than by multiple accounts with various vendors,” says Peach.

He says that initially, vendors benefited by accessing a diverse yet aggregated community of partners, while outsourcing the day-to-day transactional management of those partners via a distributor. Essentially they were joining other vendors in leveraging a capability that they could never fund individually.

Distribution Central managing director Nick Verykios says that when you strip it back, distribution is the same the world over and across industries.”Your job is to freight bulk and find lots of people who want that one thing. Otherwise, you’re useless to a vendor. So that’s what it means for the manufacturer. And the reseller wants you to be able to get that product to them at a price that’s appropriate and to take care of the logistics. It’s about being able to manage that line of logistics in the most efficient way possible.”

Verykios claims that a lot of distributors fail because they can’t source the right products or present the right value; too many of them forget that regardless of everything else, they are box shifters.

“How we shift the boxes at the logistics level, that’s the fundamentals of logistics and, therefore, the fundamentals of distribution. In order to have a decent business you need to come up with ways to shift lots of boxes to lots of people and that is where the differentiation lies.” Dicker Data founder David Dicker, sums up the core proposition neatly: “Having the correct inventory, getting it quickly to the customer, and having product knowledge and credit provision.”

According to Express Data’s Peach, the core functions of a distributor – “aggregation and leverage” – have not changed. “However, the activities undertaken by distributors today under both of these functions are very different.”

Peach says that resellers and vendors now have much greater expectations of their distributors. “Providing some presales technical advice along with a quote no longer qualifies you as a value-added distributor.” He suggests that while the core functions of being able to transact an order and ship a box, or provision a service contract or software licence remain important functions of distribution, these are only a foundation on which to build a true value offering.

“Overlaid across the aggregation and leverage function must be great customer service. Unless you are responsive, accurate, predictable and generally offer a great partnering experience, you will struggle in your relationships with both reseller and vendor partners. That will always be the cornerstone of a strong distributor.”

Of the resellers CRN spoke to, there was one common thread: it’s about the people. Relationships are the key.

Paradyne founder Loryan Strant has a simple test. “Treating us as partners as opposed to resellers is a big thing. We can’t just be seen as a channel or as resellers.

“If we are treated like partners who do business together then we generally have better long-term relationships because we fit into each other’s strategy as opposed to being simply a means to an ends to move kit.”

Strant experienced this first hand in the early days. “We went to Express Data, we went to Ingram, we went to Synnex when we started Paradyne and no one wanted to give us credit because we were brand new. But it was a bit different with Express Data. We had a personal relationship there; we filled out a credit form and the account manager vouched for us. We got a decent line of credit and we haven’t reneged on it at all.” It’s a bet that looks like it will pay off for the distributor: this year Paradyne joined the CRN Fast50.

Distributors will always favour organisations with credit history and a decent bank roll. When getting started, Strant’s tip is to leverage contacts from previous roles. This clearly demonstrates the value of relationships.

And this applies doubly when things go wrong. Strant describes a time before Paradyne where the service levels of one of his distributors dropped; he looked elsewhere even though the alternatives were more expensive and service levels were lower. But it still took months to come to that difficult decision because the relationship had been long and embedded.

Thomas Duryea chief executive Andrew Thomas echoes this sentiment. He recalls the support he was shown by Ingram Micro when he was first getting started. This was an important reason why Thomas Duryea stuck with the distie during its difficult period a few years ago.

Nik Devidas managing director of Rock IT Consulting, meanwhile, suggests the niche distributors are closer to their channel partners than the tier ones.

“We like dealing with some of the smaller providers. They offer different levels of support. With larger companies, you’re seen as more of just a number. The smaller disties are often also more specialised, although if you’re looking for commodity items, you tend to use the supermarket-style distributors.”

Smaller disties can differentiate themselves with personal service. For instance, Devidas says it is more common for the smaller distributors to run seminars and training events. “But you don’t see that so much from the bigger ones.”

However, even if these value-adds are in place, “prices can’t vary that much,” says Devidas. “And the expectation on the distributor is that you should be able to ship it out and for it to be there on time. So with all that being equal, it really comes down to the level of relationship and the value of the assistance they provide the resellers.”

The good news is that the despite the huge potential for things to go wrong, they rarely do.

“We have been pretty lucky,” says Devidas. “We haven’t had a lot of problems with lost stock – only once or twice in 10 years.“

Next: The value of value-add