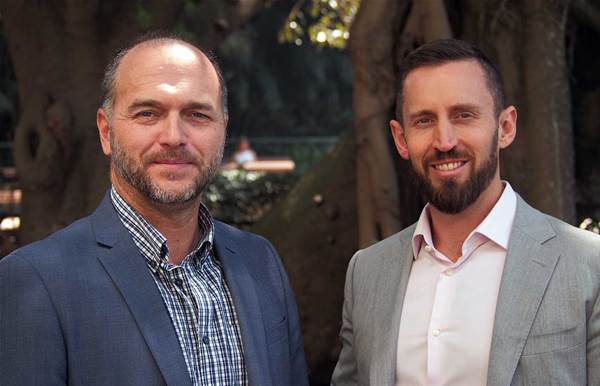 Readers might be intrigued to learn that Sydney-based Conekt Australia made the majority of its 2019 revenue from hardware sales. What’s more, those hardware sales were mostly in print.
That’s not to say Conekt, founded in 2017, is an old-school box shifting reseller.

Rather, Conekt is embracing its origins in print and telco, raising money and re-investing in new-school technologies to ensure its future.

“We’ve been contractors for a long period of time to other businesses. We’re essentially a sales organisation, to a large degree. With a solid understanding of IT and managed services and whatnot. A lot of our experience comes from contracting to other business,” Pinkerton told CRN.

“I started in telco when I was about 20 years old working with Optus. I then worked for Xerox in managed print as well as with Ricoh over the next nine years or so, before moving to a cloud and managed services provider for a time.

“After that it seemed like the right time to put all that experience together and start Conekt to deliver end-to-end solutions.”

Pinkerton said the print sector was a fine starting point for Conekt and helped it to grow an account base in its early years. It’s still an important market for the company, as big wins with Konica Minolta in FY18/19 helped it sell other products and services in the Conekt arsenal. Conekt also names Mitel and Hosted Network as strong alliance partners.

In addition to print contracts, Conekt also secured some major managed services deals, which helped drive a year-on-year growth total of 206% on revenue of $4.73 million.

With their boots on the ground and some success under their belt, the firm has started branching into cybersecurity and automation.

“Where we are going at the moment, and how we are protecting ourselves from a declining print industry, is focusing on automation, be it robotic process automation or workflow or capture,” Pinkerton said.

“These are the kinds of solutions which have always been loosely associated with the print industry that not many managed services businesses focus on. I think that’s going to be a good space for us to focus on moving forward, given the amount of print clients that we have and the shift away from hardcopy output to softcopy workflow.”

Citing work ethic as the most important element in running a fast-growing business, Pinkerton said his alarm had been going off at 5AM for the past three years.

“It’s work-life balance as well though,” he said. “I have to make sure I get to the gym five times a week, and make sure I spend a good amount of time with my family every night of the week and on weekends.”