How I learned to stop worrying and love Hyper-V 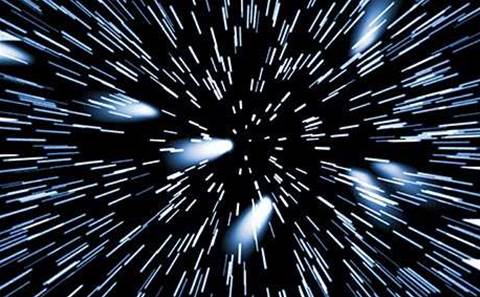 There was a time when the wonders of virtual technology and all things cloudy were touted as the saviours of the corporate IT department. After all, those enterprise dudes have to manage billions of physical servers and trillions of physical PCs. Making them virtual consolidates things and saves a bunch of money. The message was received loud and clear and the IT world felt better.

But the small business IT world felt duped. If you only need one server and 12 PCs, what’s the point of hardware consolidation? You end up with one physical server, now running a hypervisor, and you’ve still got 12 physical PCs talking to 12 shiny new virtual PCs. And everything is consolidated on to a single point of failure.

Thanks for virtually nothing.

That was before Hyper-V Server 2012 R2 came along, with built-in replication. Almost overnight, virtually every small business can now have what the big end of town takes for granted. Virtually non-stop computing. For not much more money than the old way of doing things, and for much less money than you’d expect, if you take advantage of data centre refresh cycles.

Everything in the data centre is on an endless refresh cycle of replacement within a two-year window of monthly payments following the latest tax concessions. The ex-lease IT market is flooded with serious kick-arse servers from HP and Dell, for stupidly low prices. It’s ridiculously easy to buy hex-core dual CPU servers with 64GB of RAM and a terabyte of storage for less than $2000 each.

And these servers have built-in redundant power supplies, redundant fans, redundant hard disks and even redundant Ethernet ports. Nearly everything inside the box can be swapped out if it breaks, without even using a screwdriver. The most likely repairs – the spinning things, like hard disks and fans – can often be done without even switching off the power. Most of the available servers are less than three years old and have more than enough power to run a small business, which is good news, because you need two of them.

Here’s your non-stop computing solution. If you’ve got two servers, the possibility of both dying at exactly the same time is quite small. At the very least, the time between failures should be sufficient to get the first one fixed before the other one turns up its toes. Besides, what was your previous disaster recovery plan? Buy a new server and hope the backups are current and you can restore everything? Good luck making that happen in less than three days.

So, the plan is simple. Buy two used and well-cared-for data centre servers with years of life left in them and fire up Hyper-V Server 2012 R2, which in case you didn’t know, is free software. Then install your regular line-of-business server virtually (whether that’s Windows Server or your favourite flavour of Linux doesn’t matter) on each of your new physical servers. Switch on Hyper-V replication so each virtual server has a copy of itself on each physical server.

Now load up your virtual PCs. Put half the total number on each physical server, and replicate as above. Add a UPS to each server, giving you enough time to shut down without crashing. Plug a RAID NAS device into the network and back everything up, send a copy to the cloud and you’re covered. If one server dies, you can survive on the other until it gets fixed. Sure, things will run a bit slow, but they will run.

Oh, you’ve still got those pesky physical PCs to look after? Keep the screens, keyboards and mice and ditch the boxes. Now go and grab a bag of Surface 2 tablets for $400 each. No more spinning, whirring things to break down. And no need for any extra UPS nonsense. The tablets have batteries that last long enough in a blackout to save your work before the server shuts down. And all your staff are now mobile.

Virtually non-stop computing for up to a dozen users for less than $10,000. You’re welcome.