How Ignia dug a path out of mining 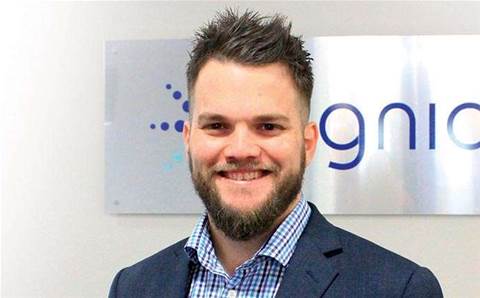 The iron ore downturn could have been a disaster for Western Australia’s Ignia, which used to count mining companies as the majority of its business.

But identifying the need to diversify its customer base has led to greater successes than ever, and the company is hopeful of another Fast50 placing this year. Founded in 2000, the Perth-based Microsoft partner arrived at No.22 in the 2014 CRN Fast50, when Ignia recorded growth of 40.8 percent, which director Joshua Boys says could be outdone this year.

“We’ve had a ridiculously busy year, but it’s been phenomenal,” says Boys. “We won Microsoft enterprise partner of the year, were No.8 in the BRW Best Places to Work, and getting in the CRN Fast50 towards the end of the year really topped off 2014 for us.

“Prior to the iron ore downturn, about 40 percent of our customers were in mining. Now it’s about 10 percent, but engineering and construction customers have made up for that.”

One of those customers was Decmil. Ignia worked with the project delivery company to build three apps, including ‘Site Diary’, which tracks employee hours, equipment allocations, client reporting, bills and productivity.

To support the product, Ignia rolled out Office 365, Dynamics CRM and Power BI from Microsoft’s local data centres across Decmil’s operations. “Decmil managed to diversify after the downturn, so we’ve also been able to diversify, and the whole industry diversifying has helped us as well,” says Boys.

Along with refocusing on the public sector, Ignia has undergone a transformation over the past 12 months from an apps company to an end-to-end cloud provider, helping clients migrate their core infrastructure into the cloud. For instance, CRN reported recently that Ignia had landed a $1.6 million deal to migrate the WA Police website and CMS to Azure.

While WA government departments already account for half of Ignia’s customer base, the company has its sights on the east coast, with offices opening in Sydney and Melbourne. “The public sector in Sydney and Melbourne is a big focus for us now, and we’re going to make a big play into health over there. We have such a good track record in WA, but we don’t want to go in blind to a new location. The move is more around new opportunity and establishing a local presence.

“Our big push this year has been around data. We’re heavily going after advanced analytics and big data science. It’s a big driver for savings and cost reduction, and it’s something we already do very well. Mining has been in big data for a while, but other industries are catching up now. We’re using it to drive new innovations, and they aren’t very expensive.”

With a pipeline of projects on the way, Boys says Ignia could top last year’s performance.

“Last year, we went in with some pretty ambitious targets and exceeded them all by 150 percent,” says Boys. “We think it’ll be about 45 percent this year. A lot of our focus this year was on profitability. It depends on how everyone else did this year, but we have done significantly better this year. Last year we were at No.22, so we’re hoping to break through the top 20 in 2015.”