How Langs Building Supplies keeps its IT simple 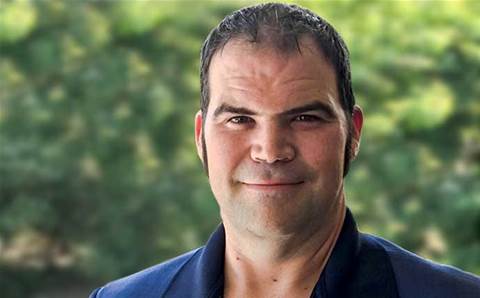 Family-owned business Langs Building Supplies has come a long way since it was founded in Queensland in 1976. Chief information officer Matt Day has taken a pragmatic approach to IT that sees him delivering maximum value with minimal administrative overheads.

Can you give an example of a project involving a channel partner?

Before Christmas, we upgraded from Grid 1.0 to Grid 2.0. That involved a triumvirate of people – Nutanix as our platform provider, Nvidia as the Grid provider and BEarena as the integrator partner.

What did they do for you?

We worked in partnership with those guys. We flew in one of their senior engineers from New Zealand, and he worked closely with me over a three-day period to get the environment upgraded and maintain our operational status through the process.

How has your environment evolved since you first started?

Previously our platforms were so complex, and having all of that knowledge resting with a vendor was a very large risk. We eliminated a lot of those bespoke systems and went to hyperconverged infrastructure with Nutanix, hyper-converged data management with Rubrik and Cumulous for our open network switching. We removed all of the complexity, which makes our infrastructure pretty much invisible.

The risk factor of having to deal with integrators and how many times we have to open our wallet to get stuff done has dropped dramatically. Our internal focus is on the app layer and not really anything underneath it - we don’t employ systems administrators and field technicians, we employ software developers.

Do you see yourself using partners more in the future?

We generally don’t buy-in skill set. I’m a big believer that Murphy’s Law means stuff goes bad at 3am on a Sunday, and you can’t get integrators at 3am on a Sunday – but, you can hopefully get your own staff to answer the phone.

That said, if there are other things that other people can do with the same attitude as BEarena in the way they approach customers, then absolutely.

What do partners do that annoys you?

You can’t control staffing at integrators. The amount of times people have been burnt by integrators that are incompetent or over-taxed is a problem. I often tell people, “It’s not hard, you’ve just got to care.”

But it does seem to be very hard for certain integrators because they have to chase the billable hours. We found a really good integrator with BEarena, and they really are a partner.

Do you see the cloud playing a larger role in your IT infrastructure?

To me, the cloud is just a management style. It doesn’t matter who the owner of the cloud or where the cloud is, what you care about is that it’s invisible. You don’t care which piece of infrastructure is providing which resources.

You’ve got an application layer requirement, and you need to deploy it somewhere very rapidly and in an agile fashion, not caring about provisioning the backend to support that. To me, that’s what the cloud is.

We do provide cloud storage on our own clusters in our own data centre. In terms of buying cloud-like functionality off other providers, we do that. The cloud isn’t a panacea; it has to be evaluated like you would evaluate anything in business.

My biggest saying is, “Keep your core on the floor” – when you look at cloud, just look at what you’re trying to achieve.