How much did Google just spend on a home thermostat? 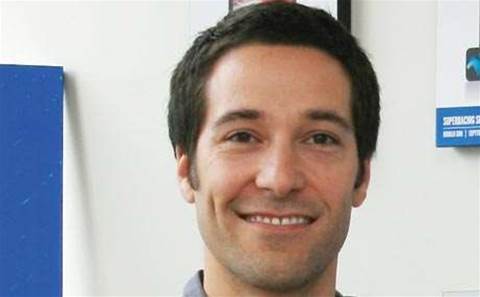 Oh, to be a camera in Larry Page’s Google Glass while he was working through the recent purchase of Nest Labs for US$3.2 billion.

Nest Labs, a company founded and run by ex-Apple legends Tony Fadell and Matt Rogers in 2010, made quite a name for itself in the tech space by reinventing the home thermostat, called Nest Thermostat.

Get news first. Get Channelwire

According to a report in Forbes, Nest Thermostat is only installed in 1.1 million homes out of the possible 113.9 million homes in the US. At US$250 per Nest and total revenue of US$275 million so far, Google’s US$3.2 billion offer seems overly generous.

Fadell has been nicknamed the father of the iPod for his role in creating Apple’s legendary media player. I think his success at Nest Labs, creating ‘iPod’ style home electronics is evidence that the iPod’s success wasn’t just a fluke.

Nest Thermostat, Nest’s first product is a Wi-Fi enabled smart thermostat. Two things about Nest Thermostat stand out; it’s a gorgeous looking device that anyone would be proud to put on their wall, and second, it’s intuitive and easy to use.

At US$250, Nest Thermostat’s selling proposition is that it will save you money thanks to its ability to intelligently analyse your home’s heating or cooling requirements. Nest learns your patterns, knows when you are home and makes sure the temperature in your house is just perfect. So why would Google (who already knows where you live if you use Android or any location-enabled Google app) bother spending so much on a company that makes gadgets for your home?

The key, I believe, lies in Google’s mission: ‘to organise the world’s information and make it universally accessible’.

Consider the sort of segmentation that Google could provide to its advertisers if it knew when you were home, where you live and about your preferences for your home temperature.

Nest’s second product, launched in October 2013, is an intelligent smoke and carbon monoxide detector called Nest Protect. When the device goes off, a pleasant female voice warns you with a “heads up” that the alarm is about to go off, and a voice rather than beeping. The same female voice also warns of low batteries. Imagine the email Google could send the day after the Nest Protect goes off; ‘We noticed you nearly had a fire at home yesterday. Are you interested in a new oven?’

What will Nest’s next product be? How about a toaster that knows what sort of bread you like, or an intelligent fridge that knows when you’ve run out of milk or cucumbers and can intelligently create a shopping list for you at your favourite online grocer.

As I take a look around my house, there’s not a single appliance that I have that couldn’t benefit from some sort of smarts.

I’ve dabbled in these intelligent devices for the past 18 months. I’m already a user of the Belkin WeMo; an intelligent, Wi-Fi connected powerpoint. I’m not a green thumb but I’ve got a Flower Power, Parrot’s latest Bluetooth contraption. Flower Power is an intelligent sensor you put in the soil surrounding your plant and it tells you, via an app, about the health of your plant. Does it get enough sunlight? How moist is the soil? After a couple of months with it, my kitchen plant is looking much healthier.

But alas, we’ve still got a long way to go. I dream of the day when I can set up the timer on my sprinkler system via an app, where my front door unlocks because it knows I’m standing out front, where all the lights in my house turn off when I  go to bed. I know that sort of automation is already available for those who can afford expensive home automation systems but it’s yet to be available as a cohesive solution for regular folk.

The optimist in me sees the purchase of Nest Labs by Google as the first step in this long journey. If a company like Nest Labs, with Google’s distribution, can begin to build a common language for these devices, where a ‘build-your-own’ style network of smart devices exists, then I think we should all be excited.

The pessimist in me sees a world where Google knows more about me and uses that knowledge to charge their customers – businesses who advertise – more because their ads just became a lot more effective.

Danny Gorog is a co-founder and director of Outware Mobile, Australia’s leading app development company that works with Australia’s best-known businesses such as Telstra, AFL, NRL, Seek and NIB