How one reseller won lion's share of Adelaide Zoo's IT 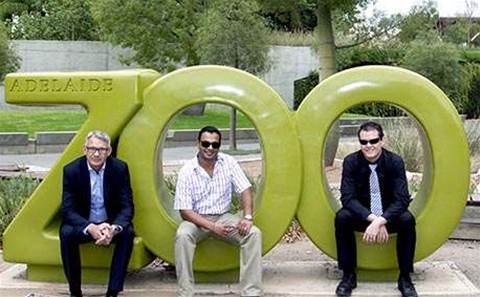 The Royal Zoological Society of South Australia, which runs the historic Adelaide Zoo, was in dire need of future-proof infrastructure. CRN’s Tony Yoo spoke to the zoo’s ICT manager, Ashlen Naicker, and Subnet’s service delivery manager, Mat Clark, to find out how the long-time IT partner came to the zoo’s rescue.

Tell us about the zoo…

Ashlen Naicker: Adelaide Zoo forms part of the Royal Zoological Society of South Australia. We’ve also got Monarto Zoo, which is the largest open air zoo in the world at a thousand hectares. The lion enclosure at Monarto alone is the size of Adelaide Zoo. On average, we welcome 500,000 visitors here a year.

Adelaide Zoo is the biggest “pay-to-see” attraction in South Australia and is 137 years old. It’s the only zoo in the southern hemisphere to house the great panda. We also had the oldest flamingo in the world, which just passed away last year.

How did the relationship with Subnet start?

Mat Clark: We’ve been dealing with the zoo for a little over five years. It was an opportunity presented to us by Cisco. We put in a bunch of switching and developed their virtual environment from there.

It’s been ongoing ever since: we’ve had the telephony, we’ve had the networking, we’ve had server infrastructure, and wireless as well. The relationship has just grown and grown since inception.

Ashlen: I started at the zoo in 2012. At that stage, there was no ICT manager. After we had a leadership change, the new CEO came and restructured the zoo to operate like a real business. In doing so, the ICT manager position was created and that’s how I got the job. I inherited Subnet with the zoo.

Ashlen: Subnet’s gone to the extent of actually doing work almost free of charge for the zoo before my time. I always acknowledged that. They provided two weeks of service for absolutely no cost. When the zoo was in a bit of a situation, they were here, no questions asked. They never brought it up ever. The otters here are actually sponsored by Subnet. 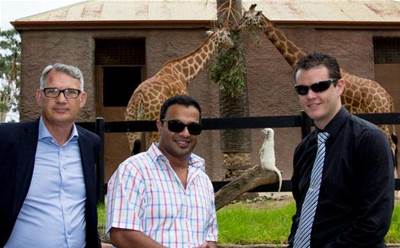 Tell us about the latest work…

Mat: IBM is the main server hardware they use here at the zoo, through leasing. We’ve just put in a whole bunch of new IBM kit. They’ve got a DR environment that is in different buildings, but still inside the zoo. We cover a field of 25 servers.

Ashlen: Funding has always an issue at the zoo. When I came in [in 2012], we, at that stage, had shoestring budgets. It was a lot of proposals and winning people over at the zoo, showing them the benefits of new architecture.

It wasn’t just IBM that we approached. We approached a range of vendors and IBM really came to the party with the best pricing. The service was great from them as well. So we proceeded with them.

The old, existing leased infrastructure still has another year left on it, so it was good kit. It was Cisco kit and we converted all into a disaster recovery zone. So with our plan of recycling of equipment, the [recently deployed] IBM equipment will, in the next round, become the disaster recovery, and new IBM equipment will come in again. We’ll always have that cycle going. Doing that, we’ve decreased our lease costs.

Next: supporting a 24-7 business