How partners are harnessing IT automation 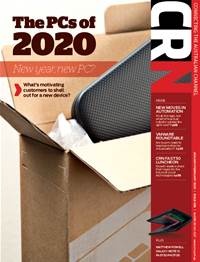 This article appeared in the January/February 2020 issue of CRN magazine. 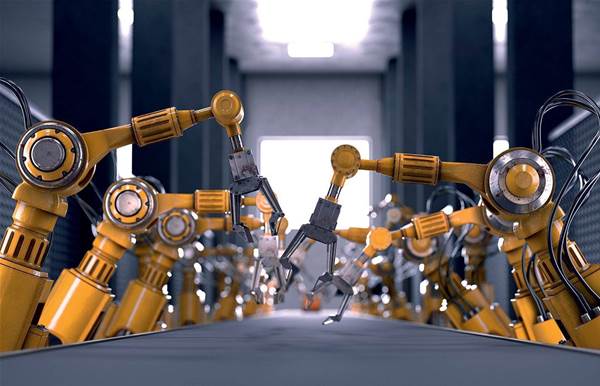 The adage ‘you need to spend money to make money’ is certainly true in the IT services market, where growing revenue has usually meant spending to hire the people that do the work.

But in the last decade that model has been challenged by cloud-based companies. They have achieved massive profits with relatively few people, by streamlining and automating as many processes as possible.

So it’s not surprising that we now see many traditional services businesses following suit. That they can do so is in part due to the emergence of a range of tools that fall into the category of automation – a word that has become a suffix applied to everything from customer service and marketing to backend processes.

For channel companies, automation offers a way to boost profitability by enabling more work to be done using fewer people. But other benefits are also coming into play.

According to Gregg Lalle, SVP for international sales and strategy at the business automation company ConnectWise, talent shortages are playing a growing part in the thinking of channel companies.

“The need to do more with less has always been around but the labour shortage has accelerated the need to leverage tools and technology to deliver service,” Lalle says. “Moving to the cloud and changing over to an as-a-service model has disrupted many who traditionally sell kit and were making money off that margin.  Now that it is all but gone, they need to understand that their profits are in their people and not product.”

And with clients’ expectations for service quality rising, Lalle says there are two other questions that channel companies are asking about automation tools.

“Firstly, how they can leverage software and applications to not only streamline repeatable processes, but really establish and drive a culture of predictability and quality,” Lalle says. “And secondly, outside of their four walls, how can they obsess about providing brilliant automated service on an easy to consume platform to their customers.”

Numerous Australian channel companies are thinking along similar lines. They include base2Services, which has embedded automation in its DevOps-as-a-Service offering.

“We use automation to provide reliability and repeatability to the application deployment processes to decrease downtime and ensure consistent deployments,” says base2Services’ technology director Aaron Walker.

The company has created a tool called Ciinabox (continuous integration in a box) that automates the provisioning, deployment and ongoing management of the tools used to create integration and delivery processes.

“Since we created Ciinabox we have greatly reduced the onboarding of new customers and removed the management overhead of managing hundreds of CI/CD environments, allowing the internal team to scale and to focus on delivering value to customers,” Walker says.

Automation is also a key element of the delivery model at application specialists Vibrato (which was acquired by Servian in 2019). Vibrato chief executive and Servian partner Peter Gatt says automation has brought greater consistency and certainty into projects, especially relating to security.

“A lot more emphasis is being put on security at the front,” Gatt says. “You’ll still do checks at the end, but you still need every effort to automate that process to make sure you don’t have to worry about introducing something new.”

Gatt says these initiatives are all aligned with the company’s goal of ensuring its people work smarter, not harder.

“We are creating a whole heap of solution IP so our engineering team can stand up a foundation environment in any cloud for any client in less than three weeks,” Gatt says. “If we were to do that manually across the number of clients we are now expanding to, the number people would not be available, because the biggest struggle in the IT industry today is resourcing.”

The MSP sector has become a key consumer of automation technology from companies such as Kaseya and ConnectWise. MSPs are automating the monitoring, management and securing of their clients.

One of the key targets for automation has been support. Kaseya’s SVP for channel development Jim Lippie says his company’s approach has been to create an integrated platform that ensures all the tools that a service technician needs are in one place with integrated workflows to speed up the completion of tasks.

“Automation is the most critical strategic initiative any channel company can work on right now,” Lippie says, “because the largest component of any organisation’s cost structure is labour.  When a company can automate tasks associated with labour, they can reduce the costs of goods sold and drop additional margin to the bottom line.”

The desire to better automate support was a driver behind the decision by Sydney-based MSP eNerds to create its own tool, now marketed as Invarosoft. eNerds chairman and Invarosoft CEO Jamie Warner says he created Invarosoft to eliminate the administrative overheads of dealing with uncategorised emailed support tickets by creating a support app that enables customers to provide the correct ticket information to route and load-balance tickets.

“eNerds gets 110 to 150 tickets a day,” Warner says. “If you are having to waste five minutes on every ticket that is a huge amount of time every day that is being wasted in administrative effort. You can only solve that by solving the customer interface and the experience at that end. So we are trying to take out the role of the dispatcher through automation.”

The company has since extended Invarosoft’s functionality by including device diagnostics, while phase three is to stop tickets coming in altogether through use of self-service bots that automatically direct customers to the proper solution.

Warner says much of the interest in Invarosoft is coming from smaller companies who can’t hire the skills they need to provide adequate support.

“Small guys are really struggling with capacity, and even if you are a bigger IT services business you’re constantly struggling, which is why most people go offshore for talent,” Warner says. “But you can’t just rely on that. You have got to use automation and tools to try and cut down the workload in the first place.

“The thing about these professional services businesses in IT is as you scale it is more work, and it can get out of control. If you have a business that sells time then scaling does create capacity and human resources problems, and therefore any automation and anything you can do to provide a consistent service is critical.”

The interest in automation amongst channel companies is also proving lucrative for robotic process automation providers such as UiPath, Blue Prism and Automation Anywhere.

“Mindfields has bots deployed in their marketing processes, while Missing Link has begun using the A2019 platform in their Security and Infrastructure divisions, and Deloitte has bots deployed in their front and back office operations,” de Vos says. “By introducing the digital workforce to augment capability and capacity these local partners, and many more, have been able to realise benefits from cost savings, speed and accuracy to employee engagement and better customer experience.”

This has enabled EY to reinvest more than 2.1 million hours of people’s time into higher value added work, says EY’s leader for intelligent automation in Oceania, Ean Evans. In one example EY utilised a chatbot called Goldie to aid the global rollout of its SAP performance and talent management system for over 270,000 staff in 700 offices in 150 countries around the world.

“Goldie had 653,642 conversations in the first 39 days,” Evans says. “That’s seriously impressive. You’re talking nearly 17,000 conversations a day. Imagine ramping up an HR function or call centre to cater to that volume of inquiry.”

“EY research with employers across Australia and New Zealand shows the tipping point of technology-augmented roles is near,” Evans says. “Fifty-four per cent of employers are forecasting investment in AI over the next three years compared to 24 per cent over the past three years. This is an important leading indicator of accelerating momentum towards job disruption, including role and task redundancy.”

According to senior channels analyst at Canalys, Yih Khai Wong, some channel companies are embracing RPA solutions within departments such as finance and operations to improve internal business processes.

But while many are aware of the importance of automation to their business, they simply do not have the monetary resources to invest in automation tools.

“This is where a lot of partners depend on vendors that provide process automation for areas such as visibility to customer dashboards, automated deal registrations, marketing automation tools, automated rebates and discounts, lead and demand generation,” Wong says. “The goal is to better manage, service and support customer accounts, especially as vendors and partners are looking to extend their business into services and subscription sales more.”

Wong says providing a streamlined, transparent and automated experience for channel partners is one of the key areas where vendors are constantly looking to improve.

“Partners do take the ease of partnership into consideration when choosing vendors they work with,” Wong says. “We’ve heard partners cutting partnership because of complicated channel processes or are tired of being disregarded by unresponsive account managers. Automation removes some of these frictions and helps accelerate go-to-market.

“However, channels management remains a relationship-led function, so personal interactions between vendors and partners remain highly valued, and critical to business planning, managing conflicts and other day-to-day management which aren’t solved by an algorithm.”

With so many automation options available, ConnectWise’s Lalle says one of the hardest questions to answer is where to start.

“The idea of automation across the business should never end, and you need to constantly look at what can be automated and what new tools are in the market,” Lalle says. “New solutions come to market every day and you need to partner with an organisation that focuses on helping you to bridge that technology gap.

“The business case is ‘there is no other option’. Unless you leverage real software that helps you approach the business in a mature way, you are apt to keep running around the same trees.”

This article appeared in the January/February 2020 issue of CRN magazine. Subscribe now