How resellers can be networking heroes 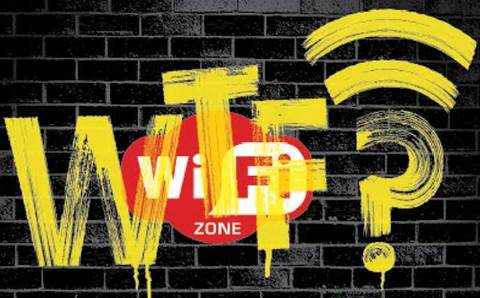 You’ve just sat down in the conference plenary session. The MC is running through housekeeping. On screen, a slide promotes a free wi-fi network. You find the network and enter the password, and then… nothing.

It’s a scenario that almost every conference attendee will be familiar with. Thanks to the proliferation of public and guest wi-fi services, it has been the source of frustration in venues from motels to sporting stadiums. But while the technology seems simple, there is a lot more to a successful guest wi-fi deployment than simply connecting up a bunch of routers.

It’s a lesson some providers have learned the hard way – including Cisco, the wireless networking market leader whose guest wi-fi at the 2015 Partner Summit in Montreal was, ironically, branded a failure. In January this year efforts to provide private wi-fi to officials at the US National Football League also failed, causing them to switch their Microsoft Surface Pros to a wired network. Cue finger-pointing between device maker Microsoft, networking provider Cisco and NFL teams the Denver Broncos and New England Patriots.

The complexities of wi-fi implementations are well-known to the Sydney-based integrator GX2 Technology, which began 20 years ago providing wired broadband connections to internet cafes before branching out into wi-fi networks for youth hostels and backpackers’.

Today GX2 provides wireless networks to high-end hotels, student accommodation and anywhere people want guest wi-fi. Global sales director Carl Jefferys says the problems often start with poor network design – just installing a bunch of wi-fi routers is no guarantee of a quality signal. “And that happens frequently, because people don’t know what they don’t know and think they can do it on the cheap,” he says.

“But you have to deal with the laws of physics. You only have a limited amount of bandwidth and channels and frequency, so it has to be very carefully designed with antenna-based separation to try to prevent cross-channel interference. To do high-density wi-fi well requires some very special engineering – and not many people do it well.”

One common problem is that all of the routers are set to the default channel, hence all compete for the same bandwidth.

Another problem is under-provisioning backhaul. “If you’ve got an ADSL2 service into a ski lodge and everyone comes in on a Friday night and wants to do an Apple iOS update or a Windows update or load videos, the backhaul can become the bottleneck,” Jefferys says.

At the same time, people are becoming less tolerant of poor experiences. Jefferys says this is a critical consideration for one of GX2’s growth markets, student accommodation, where the company is involved in two projects that will see wi-fi provided free to more than 1,000 students.

“They are going to offer free wi-fi because the student experience is the most important part, because if they have a poor experience they will very quickly post it on social media,” Jefferys says.

Social media backlash from users was also a factor in another recent GX2 project, which saw the integrator roll out Ruckus wi-fi for the first Holiday Inn Express hotel in Australia (see box). According to Jefferys, the change led to a drop-off in complaints about the hotel’s wi-fi quality on travel website TripAdvisor.

One of the biggest culprits behind poor wi-fi experiences are the users themselves, specifically the applications they use. Having the ability to analyse and restrict access to certain services can significantly improve the experience.

This is a core offering for high-performance wi-fi access equipment maker Xirrus, which has provided equipment to the Melbourne and Brisbane convention centres, as well as for the Sochi Olympics. According to regional director for ANZ Phil Tarbox, Xirrus’ in-built Layer 7 deep packet inspection technology enables operators to block, limit or prioritise more than 1400 applications on the access point. He says this ability came in handy for a recent education conference.

“We saw that in the first half an hour, the largest application running across that network was BitTorrent, which of course is going to have a very negative impact,” Tarbox says.

“So very quickly we were able to block that right out to the network’s edge. We then saw throughout the day other apps that were being used, like Apple Update, so we elected to rate limit that down to 200K per user so it didn’t have a material impact on performance for the network’s other users.”

According to Ilan Rubin, managing director of Melbourne-based network equipment distributor Wavelink, the high demand for reliable guest wi-fi is creating new opportunities for partners. “Wireless is not a switch, it is a moving target that has to be evaluated and assessed as to its performance. Once customers understand that it is not a static technology, and RF changes every millisecond, there is an opportunity for the channel to do a lot of that work.

“At the moment a lot of them don’t want to get involved in this stuff.
But an opportunity lies in having a much better understanding of wi-fi, investing in the tools, then selling those services,” Rubin adds.

One of the great benefits of wi-fi is that the technology is frequently upgraded, with new, faster versions coming to market. This creates opportunities to revisit clients with aging infrastructure. But while the appeal of wi-fi has typically been providing network access, an emerging opportunity lies in the field of analytics. Having guest users on a network enables the operator to learn a great deal about what they are browsing, but even unconnected users provide useful data through their device’s unique MAC address.

These two capabilities form a core offering for data analytics firm Skyfii. Chief executive Wayne Arthur says the MAC address data can yield useful information regarding the movement of people within an area. “The core outcome we are delivering is a definite understanding of how an asset is being used,” says Arthur. “So, which entry points are getting more movement and are there congestion points?”

ASX-listed Skyfii has scored a series of high-profile clients, including Lorna Jane and Merivale, which runs Sydney’s Ivy and Establishment venues. Arthur says Skyfii is working with one group to use its data to determine where to install a new lift system. “We are starting to help inform potentially multimillion-dollar decisions in terms of property layout,“ he says. “We are seeing a lot of municipalities and councils offering public wi-fi as a service, and they are all very familiar with the ability to understand how the areas are being  used.”

Interest from marketers and advertisers is also fuelling business growth for Sydney-based MAC Telemetry. Chief executive officer Jeremy Biggs says MAC data can help in understanding the impact that marketing initiatives have on a business. Hence his company is finding great interest from fashion retailers and quick-service restaurants, and even Harley-Davidson dealerships.

“In retailing it is all about targeting a consumer with an individual profile,” Biggs says. “Because when you understand your customer better, you can start making objective, data-driven decisions in the business.”

For instance, Biggs says he often helps retailers understand when customers are ‘bouncing’ out of their store environment – that is, entering a store, failing to interact
with service staff and quickly leaving. The information can be used to make better decisions about staff rostering. Even greater value comes when that data is mixed with other data sources, such as sales data, or even external sources, such as weather.

“The use of the data is almost limitless, depending on what you blend it with,” Biggs says. “The hard yards are all about individually tailoring a solution to a company.”

Delivering wi-fi to add value for an organisation’s clients covers diverse environments aside from the ever-present needs of hotel and motel guests and visitors.

Huawei, which is a major sponsor of the team, said that the ‘high-density’ public wi-fi network for the venue was deployed promptly despite difficult circumstances.

“Contract signature to go-live for 25,000 fans was achieved in just 90 days, during the AFL playing season – a stunning example of professional program management,” announced the vendor.

GX2, formerly known as Global Gossip, installed 200 Ruckus wireless H500 wall switches, one in each of the 192 rooms, to provide wi-fi as well as access for IPTV and wired internet.

The integrator, which is headquartered in Australia with offices in Britain and the US, was called in to replace the tender-winning supplier earlier this year to ensure the scheduled opening date of 30 March could be met. The current IP network also supports services such as VoIP, building management systems, door locks and car park gates.

Global ride-sharing giant Uber has partnered with Optus to rollout in-car wi-fi for drivers in Sydney and Melbourne. Uber will initially deploy 100 wi-fi points in UberX cars, with the potential to expand if successful. The wi-fi devices allow 10 concurrent users per car using Optus’s 4G network. Cars will also be fitted with mobile charging units as part of the trial.