How resellers can see explosive growth without imploding 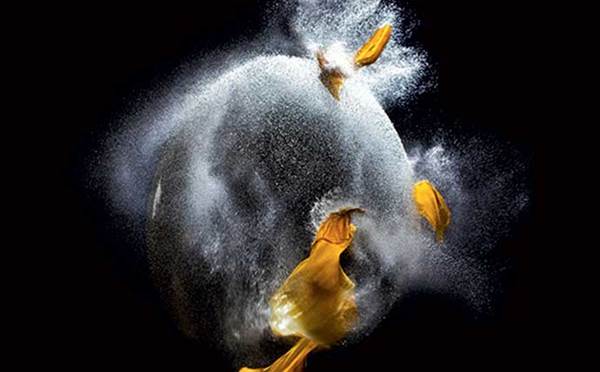 The hard truth is that for many services businesses, revenue comes off the back of hours worked. Want to earn more money? Work more hours. If those hours are worked by employees then costs grow in tandem with revenues. Not all workers generate a direct income either, and then there are the additional costs of things like real estate and infrastructure, not to mention the upfront costs of investing in new capabilities or markets.

Decoupling cost from revenue growth is a key challenge for many channel organisations, especially the breed of rapidly growing companies among the ranks of the CRN Fast50 list.

One such company is New Zealand-headquartered cloud integrator Fronde. Its Australian operations doubled revenue in the year to 31 March 2015 from NZ$5.1 million to $10.2 million. But that stellar growth came at a cost in the form of a NZ$1.06 million net loss.

A year later, revenue growth had slowed to 19 percent, but the operation had returned to profit by the second half of the year.

The methods used to unshackle profit from revenue vary, but for Fronde chief executive Anthony Belsham, it starts with putting the organisation’s strategy and execution capability in better shape.

“We’re in a state of transition,” Belsham says. “We have been in a period of very strong top-line growth, and that doesn’t always translate into good profitability, because typically your costs of running your organisation are going up, and in a lot of cases going up faster than the revenue on the other side.

“Our path this year is one of stabilisation. We have signalled we will be relatively flat in terms of revenue, but we are getting that mix right inside the business, making sure that we shift from chasing one-off projects to getting a mix of recurring services, recurring licence revenue and recurring project services.”

Belsham also sees a significant opportunity for Fronde to bring many of the capabilities it is has honed in New Zealand into the Australian market, specifically relating to Salesforce, mobile development, systems integration and managed services. He says those capabilities will come together to enable Fronde to play a strong role in helping its clients through digital transformation.

“One of the things we’ve really been focusing on at Fronde is making sure that we have some unique differentiation in the marketplace,” Belsham says.

“Not having any differentiation gets you into a commodity play, and that becomes a conversation just about cost per hour.

“We have done a lot of work to understand where the profitability is, and where are our unique strengths. And our sales teams are much clearer about who are the sorts of customers we want to engage with.”

Melbourne-based NGage Technology Group is another company that reported rapid revenue growth in last year’s CRN Fast50, doubling in size in a year. Co-founder and sales director Jarrod Bloomfield says it has yet to suffer the profitability hit of some of its peers. He says there is a fine line between growing quickly and growing unprofitably.

“We are in the business to make a profit and have been profitable each year,” Bloomfield says. “Some of the keys are around tight and strict management around cashflow at the start, making sure you are really across all your debtors and creditor payments, and having staff who are going to generate revenue and profit quickly.

“You can get burned very easily, very quickly, and you could be doing everything right as well. So you need a tiny bit of luck too.”

Sometimes, you make your own luck, and Bloomfield says market research paid off handsomely with NGage’s selection of a storage partner. “We ended up going with Pure Storage, who were really new at the time, as an all-flash storage vendor,” Bloomfield says. “Initially the uptake on that was slow. We could have gone with a legacy vendor in that space, and had quicker wins, but we were on early with those guys and developed a partnership. Along the way, we have won from that and we are beating a lot of large legacy companies now.”

Perhaps learning from the ‘build it once, sell it often’ model of their vendor partners, many channel organisations have turned to creating their own intellectual property. It’s a proven method to scale profits without the commensurate increase in costs.

The company has optimised and automated many processes to improve margins, but Baskerville says that is only part of the solution.

“At the end of the day, you still have that direct one-to-one relationship,” Baskerville says. “And I think there is an opportunity in the marketplace with this shift to consumption-based consuming services to package services differently, and to start to break that relationship.”

The success story for Empired has been its cloud-based enterprise content management (ECM) solution, Cohesion, which it has built on top of Microsoft technologies. “We sell that per user, per month, and we own the IP,” Baskerville says. “The pricing model is such that the revenue will scale disproportionately to labour.”

Baskerville says Cohesion was two years in the making, and has now gone live across 7000 government users. “It was a pretty big bet, and it’s a focus for us. We now have that in the market, and there are lot of things we could be doing, and we have a pipeline of innovation.”

One strategy being adopted by channel organisations to break the link between revenue growth and cost is the annuity model offered by managed and cloud-based services.

This strategy helped Sliced Tech grow its revenue grow by almost 200 percent in 2015. But CEO Jason McClure says the strategy is not without its risks. “If I make 15 percent net profit on a deal, and I get paid on a contract over three years, that means it is the last six months before I start earning a profit,” McClure says. “If I screw up at any stage in that time, they can cancel the contract and I am on hook for all the costs.

McClure says the common mistake of many would-be managed service providers is a belief in the ‘build it and they will come’ model, and hence a tendency to overinvest upfront. “What we have worked to do is invest what we need to at any given point in time, but invest regularly to grow the platform at the same time,” McClure says. “The key thing I have focused on is reducing the time to carry costs on the chance that I’ll win business, but when I win business, making sure that I can get the just-in-time delivery down.”

While the options for growing profit above costs vary, often it comes back to the basics. For McClure, success can be summed up in one word – discipline.

“You are going to need to fund out of cashflow, so you really need to have cashflow discipline.”

Tips for your top and bottom lines: