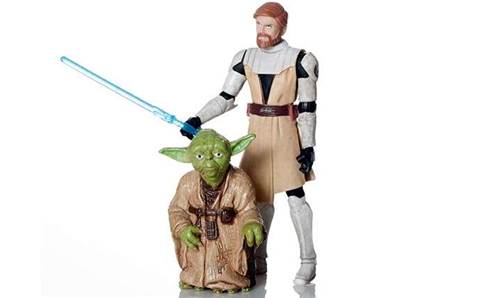 The largest accounting software maker in the world, Sage, announced that the flagship SME program that it hopes will help it crack the US market would be built on Force.com, Salesforce’s platform-as-a-service.

At first blush, this seemed like an insane suggestion. Force.com is typically a platform for startups that want to build a proof of concept or make a complementary app to the Salesforce.com CRM and ecosystem. It is also a popular choice with large companies that don’t have a background in software development and which want to build a workflow or middleware program to join two internal systems.

Sage is not a startup; it’s not exactly short of resources. The accounting software giant employs 14,000 staff and makes £1.3 billion (A$2.8 billion) a year, £190 million or so of which is profit. Software development is the reason it exists. Why on earth would it want to give away the crown jewels by building on someone else’s platform?

Sage trotted out a number of official reasons as to why Sage Live – its next big thing – would be effectively a joint program with Salesforce. Force.com takes care of language issues (important when you’re in over 100 countries, like Sage), mobile device compatibility and other basic functionality.

Yet there are some obvious disadvantages. Firstly, there’s the philosophical – if Sage is such an excellent software company, why isn’t it building a Force.com platform itself? Then it could have its own private ecosystem of compatible third party programs, like Xero did with its ecosystem.

And then there’s the financial. Sage currently takes 100 percent of revenue for all its desktop accounting software, but a percentage of every licence it sells of Sage Live will go to Salesforce.com. As cloud is the accepted future for most clients, Sage’s revenue will be notably affected over time.

There are two ways to view this move, and I tend towards the more charitable one. The pessimist sees Sage desperately trying to catch up to its competitors. In this scenario, the Force.com deal is an admission of weakness that it lacks the time or the skills to build a cutting-edge accounting program for SMEs from scratch. (Sage’s first attempt at a cloud accounting app for SMBs was such a failure they had to start all over again.)

The optimist sees the Force.com play as a brilliant move that lets Sage catch up to the competition quickly by using a rock-solid platform. Sage can instead then focus its efforts on developing cutting-edge accounting concepts rather than ticking off device compatibility and other non-saleable necessities.

Whatever your position, it’s clear that speed is an advantage of platform-as-a-service. The fact that a global software company has chosen a PaaS platform to build a key program is a validation of the model beyond niche applications.

Sage CTO Klaus-Michael Vogelberg claims that building Sage Live on Force.com was “six to 10 times faster” than on Ruby on Rails, the coding platform used by its micro-business accounting app, Sage One. This should be taken with a grain of salt. Sage could plug together components from Force.com very quickly (the contacts database is the same as used by Salesforce.com, for instance) to build the basic product but it’s unlikely to be as fast in developing brand new features.

There is always an element of platform risk. Sage Live must follow any business or technical directions that Force.com chooses. However, this may be a temporary home for the new accounting app.

As one Sage executive told me, “What’s the life of an accounting program? Five, 10 years?” Sage sees an opportunity to win customers in new markets – particularly in the US – and Force.com is a vehicle that will help them do it the fastest. Once it has those customers, it can port them to a new program – one built not on Force.com but on a wholly-owned Sage platform.

Sholto Macpherson is a journalist and commentator who covers emerging technology in the cloud.