How Strut carved its niche in public cloud 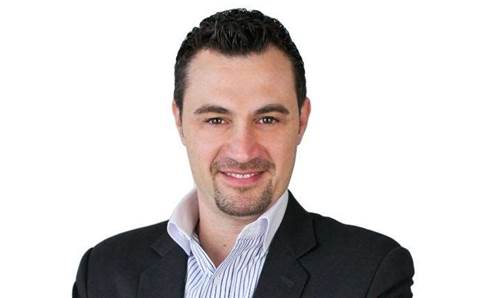 Zack Levy has a knack for being in the right place at the right time. One of the key members of Sydney infrastrutucre-as-a-service provider BlueFire, he left to join accounting software company Reckon after Dimension Data acquired the MSP in 2011. Then, during his three-year stint as Reckon CIO, Levy had a ringside view of Amazon Web Services’ dismantling of the MSP business model.

“When I was at BlueFire we had what we called ‘super margins’. When you bundled it all up and rented it to customers you could charge a huge premium,” Levy says. “Then when Amazon entered the market, MSPs had to drop their prices by half. And they could still make a good margin.”

Unfortunately this did little to improve customer relations. The price drop revealed to customers they were paying over the odds, Levy says, which made them even more likely to go to the transparent AWS model.

Three years later, Levy left Reckon to again provide managed services – but this time on top of AWS itself.

Making money on AWS is not as obviously lucrative as some hoped. A veteran AWS reseller at the giant’s second Sydney conference complained that most enterprise projects were one-offs. Once the internal IT team had learned the ropes, they no longer needed the reseller.

Levy believes he has cracked the formula with Sydney cloud consultancy Strut Digital. Ironically, it relies on ignoring the customers he previously chased at BlueFire. “MSPs selling to tier-two companies need all customers to look the same so the service desk knows how to deal with them,” Levy says. “They have to repackage the customer’s environment like our engineers know how to deal with.

“But based on my experience at Reckon, none of the customers would want us to standardise their environment. They would say, ‘I’ve worked so hard to innovate or make it more efficient there’s no way I will let you standardise it.’”

Tier-two companies might also want to pursue a bolder strategy than a risk-averse MSP is willing to tolerate.

Instead, Strut Digital is making money on the high road and low road. Tier-three customers tend to want a similar layer of services whether they are in insurance, accounting or property. They want someone to watch their AWS environment and keep a lid on costs. Strut Digital has built scheduling tools that switch off non-production instances to reduce the AWS bill. The consultancy also tags and manages backup and scheduling instances.

“We can add value by helping them at a cost that frees up two resources at a cost less than two resources,” Levy says. And it turns out that tier-one customers are very willing to pay for managed services with AWS. Strut turns the one-size-fits-all MSP model on its head with a full-service approach that goes all the way up to on-premise staff.

One of Strut’s bigger customers is magazine publisher Bauer Media, which produces the Australian Women’s Weekly, Australian Gourmet Traveller and Cosmopolitan, among many others. Bauer still has a relatively large footprint in data centres and a growing footprint in AWS. Strut has two-and-a-half resources dedicated to the customer, including one person at Bauer full time.

Strut lets Bauer prioritise the work and move at its own pace while providing backend governance and best practice. “We are six months into the arrangement and I don’t think Bauer could be happier. It’s not the cheapest option but it’s the most intimate option,” Levy says.

Intimacy at scale? Surely that’s a contradiction? “If it’s intimate it has to involve people. Rather than fight that and automate everything under the sun we do the opposite. We don’t have to take over the entire environment. Sometimes it could be solution specific,” Levy says.

The current model may change. Levy says it’s impossible to plan further ahead than a three-year window, after which everything will be re-evaluated. “Expectations today are very different. Instead of three-year contracts you have to win your customer over every month. It’s the only way I can get loyalty.”

How to plan your business’s rebound
By Sholto Macpherson