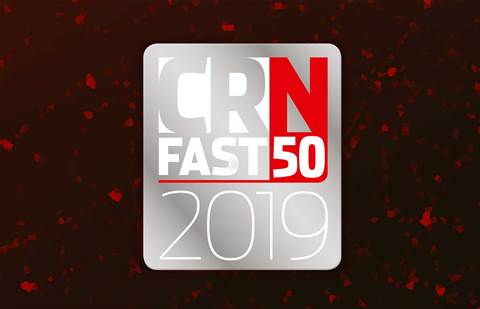 The 2019 CRN Fast50 again shows that the technology industry creates fabulous platforms on which to build a business, and that the channel attracts marvellous entrepreneurs who understand how to capitalise on vendors’ offerings.

Something that stood out in this year’s list was a decline in the number of entrants that deliver services for SaaS platforms. That sector may be maturing to the point at which rapid growth becomes harder to achieve.

We were also a little surprised to see that there’s plenty of revenue and growth in the telecoms sector, a field generally regarded as mature. All year, CRN has been told that the near-completion of the NBN and the looming demise of ISDN services will make for a hot market as businesses refresh their voice and data suppliers.

While Tasmania again failed to crack the Fast50, we were pleased to see a number of businesses based in Australia’s regions achieve big growth and revenue numbers. Of course, revenue is a vanity metric – it’s profits that matter – but CRN was still very pleased to see the Fast50 honourees spread beyond the nation’s capital cities!

We make this statement because Australia’s gross domestic product grew by 1.4 percent in the year to June 2019, the most recent period reported by the Bureau of Statistics. The Reserve Bank wasn’t impressed by that number.

“The Australian economy is gradually coming out of a soft patch”, it stated in its November 2019 Statement on Monetary Policy, which described the growth number as a “low point”.

CRN mentions those nasty numbers not to dampen your mood but to help you celebrate the magnitude of the growth numbers racked up by the 2019 CRN Fast50.

Even the bottom reaches of the Fast50 grew around 15 times faster than the economy as a whole. That result shows, yet again, that the technology industries are a fabulous source of opportunity and wealth generation.

That’s a big, big, number. And when you consider that number in the context of the overall revenue generated by the channel, which comfortably tops $10 billion a year, it’s clear that our industry has enormous significance.

Microsoft and Dicker Data on top

Fast50 entrants were asked to name their number one vendor and distributor by revenue.

Dicker Data’s team can also take a bow: the company was named as the most important distributor by 15 of the Fast50.

Services are the engine room

The whole channel knows that services are higher-margin, stickier and more sustainable than product sales.

Which is probably why the Fast50 won $661 million of revenue from services, compared to just $90.5 million from software and $123 million from hardware.

On average, the 2019 Fast50 derived 61 percent of revenue from services, well ahead of hardware (28 percent) and software (22 percent).

Just nine of the 2019 Fast50 derived more than half of their revenue from hardware and six did likewise from software.

This is a big shift from previous years, and reflects the fact that software-as-a-service has changed the industry.

When we looked at the main offerings of each Fast50 member’s dominant vendor, we found that software was the lead offering for 48 percent of the Fast50.

It was also notable that none of the Fast50 named a cloud vendor other than AWS or Microsoft as their main vendor.

Note that we included networking vendors in our “hardware” category. Had we broken out Cisco, Juniper and Aruba, they would have claimed 10 percent share of the most-significant-vendors pot, with PC, server or storage vendors relegated to 25 percent.

Also note that we classified Microsoft as a software company, even though its business now spans hardware and cloud too.

Another way we looked at the Fast50 was by revenue in 28 categories of products and services.
As already indicated, services revenue dominated.

That’s where the big number at the top of this page comes from – the Fast50 made just $110,685 more from cloud than it did from PCs and peripherals.

Here’s the list of revenue categorised in the 28 buckets we offer to entrants. 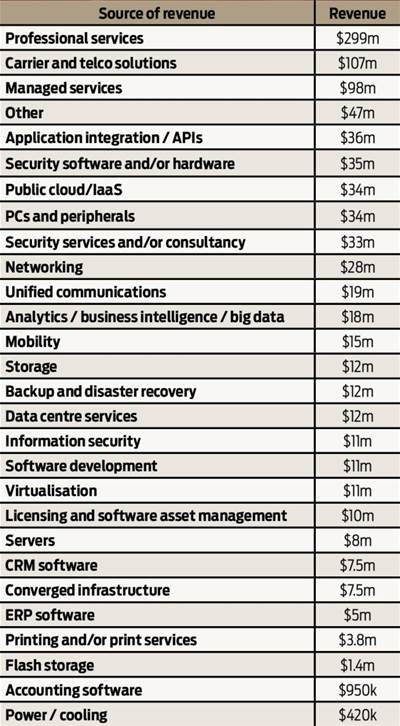 The 2018 Fast50 was dominated by Victorian companies – 21 of them to be precise.
This year, New South Wales topped the list with 19 and was also the runaway leader in terms of revenue by state.

For the first time this year, CRN asked Fast50 companies to tell us the age of their CEO, so we could give out prizes to the five youngest in recognition of their achievement.
We also calculated the average age of the business leaders on this year’s list: 41.45. And the median age of the leaders was very close to the average, at 40.5.
That makes 1978 a really good year for the channel, becuase it is the probable year of birth for fabulously-fast-growing channel leaders!
The five youngest business leaders on the 2019 CRN Fast50 earn the “Young Sprinters” award, and here’s the list of winners.

Whatever an enterprise is, they're big business

The Bureau of Statistics' “Counts of Australian Businesses” lists 3,915 businesses with more than 200 employees and 52,249 with 20 to 199 people on staff. The Bureau doesn't offer a definition of "enterprise", but CRN guesses when the tech industry uses that word or "mid-market" it's talking about businesses with at least 200 staff.

Which we mention because the Fast50 won most of their revenue from enterprise and mid-market buyers. 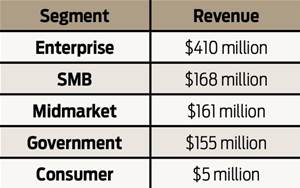 The 2019 CRN Fast50 includes 18 companies that have previously made our list. Leading the pack with nine entries is blueAPACHE.

It’s also worth noting that 317 companies have been listed on the CRN Fast50 during its 11-year history. Of those companies, 139 have made at least two appearances on the list.
CRN believes the many repeat appearances on the Fast50 is another sign that technology industries continually provides opportunities to create fast-growing channel businesses.

Here’s this year’s list of companies returning to the Fast50. 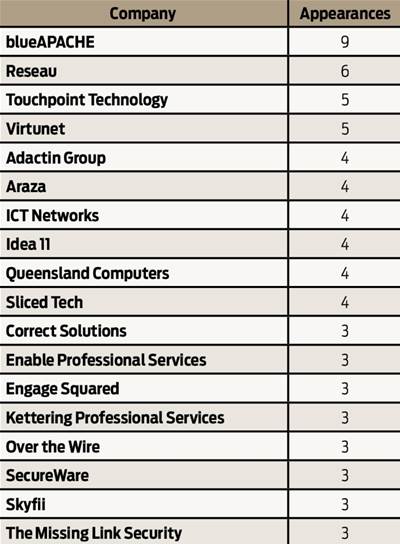 Where are the women?

Another new prize for 2019 is the Female Growth Champions. Sadly the Fast50 includes just three companies led by women. We hope that number grows next year and every year of the Fast50 in the future. Oreta’s Rajitha Rajasingham took home the trophy in this category. The firm she co-founded and is a director of achieved 48.56 percent growth. Victoria Kluth from Araza was next in this category, with Araza achieving 41.59 percent annual growth. Karen Drewitt from The Missing Link is the other honouree - she led the company to 35.09 percent growth.