How the other half of NBN users live 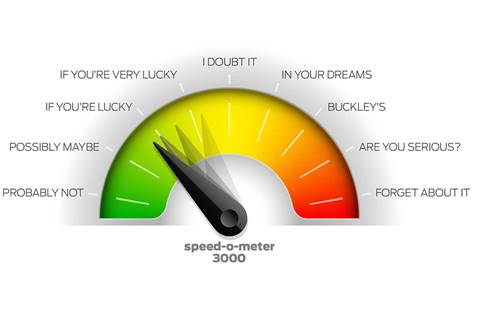 COMMENT  |  Unless you’re one of the lucky few who were delivered fibre right into the lounge room, the rest of us are making do with the government’s much-hyped technology-mix. And that’s lame technology mixed with fibre.

Fibre to the node delivers top-notch internet to a grey box on a street corner somewhere in your suburb and then uses copper wire, of which the NBN has recently admitted to buying oodles of new rolls, because, well, what’s in the conduits is well, okay, no wonder Telstra sold it cheap.

And then the NBN switches from fibre to VDSL, basically ADSL on steroids, to send customers a maximum of 20Mbps. That’s less than half the popular mid-tier offering of 50Mbps, but not too shabby for most households. When it’s working. The grey street corner boxes seem to crash and burn far more often than the old ADSL cards safely tucked away in an exchange bunker.

So, if you’re only getting half the theoretical speed, you’re at least paying less, right? Wrong. Telstra for one, is happy to downgrade you to a plan with a lower speed for less money, but, oh, didn’t we tell you that the lower speed plan also comes with hardly any download quota?

Yep 200GB. You want the 1000GB quota? Then pay for download speeds you’ll never get because the technology won’t support it. But you can consume a lot of data – slowly.

And then there’s fixed wireless. That comes with fibre too, as far as the base of the transmission tower. Then it sprays it all around the place as a radio wave at speeds that don’t often match 4G, and you must share it with anyone else who’s got an antenna pointed at the tower. And there aren’t that many of them, when compared to 4G towers.

Fixed wireless was supposed to be used only for places where it was ridiculous to pull fibre to people’s houses. But it’s now being deployed almost everywhere because it’s faster to install and it makes it easier to claim everyone has access to the NBN.

No wonder the telcos are chomping at the bit to get 5G services up and running. Despite the urban myth that 5G is anywhere near as fast as fibre, it’s certainly faster than the existing fixed wireless being offered by NBN.

And don’t get me started on the latest NBN offering. Fibre to the kerb. What?
You can get the fibre to my driveway, but you can’t be bothered knocking on the door and bringing it inside? Yet another piece of powered technology sitting in a pit waiting to die. And it will.