How Thomas Duryea, Perfekt and Infront Systems are dealing with a data deluge 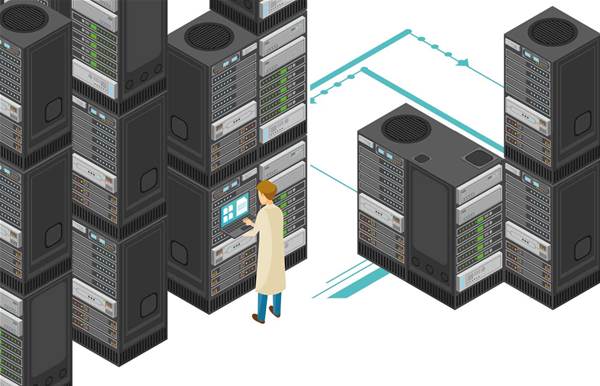 Every day we seem to read another headline about the explosion of data being created all around us, and frequent calls to make more use of this data. Terms like big data have given way to artificial intelligence and machine learning, but how much of it is really happening?

Are customers adding exotic new systems to their storage setup, or are they simply doing more with more of the same?

While the basics of data storage haven’t changed a lot, the systems providing that storage have. A lot of what once required specialist skills is now handled within the infrastructure itself.

“We had a customer with an HDS 6600 box with multiple tiers of storage, SSDs, all that sort of thing,” said Andrew Walters, principal engineer for IoT and analytics at Perfekt.

“As we were designing the solution, the storage administrators said to us ‘Don’t tell me that you’ll point at bits of the array and do pooling yourself, just let the array handle it.’”

Modern infrastructure can make decisions about how to tune for performance and space efficiency by making use of capabilities built into the platform, and those decisions tend to be superior to those made by humans fiddling with endless nerd knobs. The trend in infrastructure is to simplify and to hide the nerd knobs away from administrators who, these days, are plenty busy dealing with higher-level issues like how to support the needs of business groups running applications on the infrastructure. There simply isn’t the need in most businesses for the level of specialisation that was once required.

“We used to have SAN fabric experts,” says Michael Chanter, CEO, Thomas Duryea Logicalis. “I used to have to care about that sort of thing, even though I didn’t want to. Now I don’t have to.”

Moving up the stack

In response, some channel partners are changing what they offer to customers, and responding to the need for people to analyse the data, not just to store it. Perfekt has long been a value-added reseller of massive data systems, so with customers looking to do more with this data, Perfekt added a data analysis practice.

“Data analysis has been common in the banking and finance industry for a long time,” says Walters. “Now we’re seeing a lot more of it in industrial settings.” To respond to this trend, Perfekt started building a specialist IoT and analytics practice to assist these customers with designing and implementing the systems required to support their data analysis ambitions.

“They’re asset intensive industries, and they have lots of sensors monitoring those assets,” Walters says. “All that data has to be stored and analysed somewhere.” At this stage of industry development, there’s a lot of variation between customers. “There isn’t a single solution for all projects,” Walters says. This has meant each customer tends to require a bespoke solution designed just for them.

Perfekt’s approach is to understand the broader context of what a customer is trying to do, rather than simply selling them some expensive hardware or pitching a complex solution. In many cases, existing storage assets can be re-used as part of a new analytics solution.

In contrast to Perfekt, Thomas Duryea Logicalis has looked at the analytics trend and decided to wait, at least for now.

“It was part of our strategy about twelve months ago, but we dialled it back,” Chanter says. This was simply a pragmatic business decision, rather than a lack of belief in analytics. “We decided that we didn’t want to play right at the bleeding edge,” he said. Instead, Thomas Duryea Logicalis is concentrating on what Chanter says his customer-base is most interested in, which are more traditional solutions for more traditional business problems.

While there’s lots of interest in data analysis as the new, hot issue, managing vast amounts of storage is something the National Library of Australia has been dealing with for years. The library’s TROVE system manages petabytes of media files, including digitised copies of historical Australian newspapers, website archives, even scans of the Australian Women’s Weekly from 1933 to 1982.

“TROVE is a richly featured in-house developed application platform that’s used to manage and present NLA materials and information,” said Allan King, managing director of Infront Systems. “The library asked us for comprehensive insight and advice regarding whether this application, or components thereof, were cloud viable.”

It would be easy to focus on the storage side of a large data collection like TROVE, but Infront made sure to consider the system as a whole, including its non-technical aspects. “In addition to technical suitability, Infront provided NLA with both financial and operational analysis,” said King. The result was a decision to stay on-site, at least for now.

“Largely due to existing investments and partly due to application design, Infront determined that the application is best suited to remain on-premises for the short to medium term,” King says. “However, Infront also provided direct recommendations on when and how the application could be transitioned to cloud in the future, based on application evolution and to align with infrastructure refresh cycles.”

Storage is fast becoming a non-specialised function within IT departments as the technology becomes easier to use and deploy. The complexity of storage management is being baked into the system themselves. Instead of having storage specialists on staff, the expertise lives in the storage vendors that design systems that are easy to operate by more generalist IT folk.

This is freeing IT staff to concentrate on applications and data instead of on storage. Channel partners are able to bring more holistic offerings to customers to help them achieve their business goals, rather than getting bogged down in discussions about IOPS or RAID layouts. Decisions about where and how to store data are now more about the financial and operational impacts on the overall system than the details of the storage underpinnings.

Even at the bleeding edge of AI and machine learning, the storage subsystems are becoming standardised offerings that corporate departments can buy and consume, rather than having to custom build their own systems from scratch. Smart storage resellers are diversifying their skills so they can understand more of the pieces in the stack, the better to design systems that meet customer needs, rather than simply selling appliances to a given budget. Sometimes the right decision for a customer is to keep doing what they’re doing now.

It’s yet another example of the dramatic shift in the channel over the past few years; a shift away from selling SKUs to working in partnership with customers to provide IT solutions. The partners who have embraced this change are doing well, so for those that haven’t it’s past time to get on board.