How three resellers do business in Dubbo 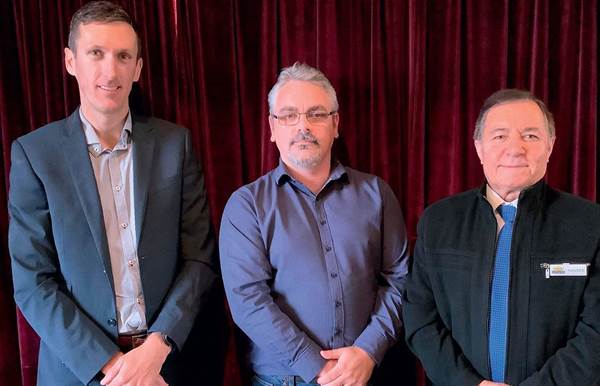 Head north-west from Sydney, drive for about five and a half hours and you’ll find yourself in Dubbo, a city of about 40,000 people.

The state has no larger town to the north or west, so Dubbo is the de facto capital of the Orana region, which stretches to Queensland and Bourke. The city houses campuses of Charles Sturt and Sydney Universities, major lamb exporter Fletcher International, the Taronga Western Plains Zoo and sizable offices of many state and federal government agencies.

“If you look at the GDP of Dubbo it is not dominated by one industry,” said Andrew Johnston, owner of local MSP Avance Business Technology. “It’s probably got the nicest risk profile you could have in a regional city.”

“It’s a service centre,” said Nasser Sedghi, owner of CBM Computers. “All of the smaller towns in surrounding areas depend on Dubbo.

That diverse economy and big catchment area means the city has plenty of work for technology service providers. “The majority of our clients are accounting firms, law firms, big construction firms,” Johnston said.

“The kind of guys that are just a little too big to manage themselves.”

Jared Weber explained that 5G Networks is a national MSP and telecommunications company.  The Western Region services businesses from Broken Hill to the coast, and from Albury to Sydney to cover the wide footprint of our customers.

“We have been adapting over the last seven or eight years,” Weber said, moving from on-premises break-fix work to become “more of a cloud environment and adding in telecommunications, becoming a one stop shop to remove the challenge for customers in dealing with some of the larger telecommunications companies.”

Nasser Sedghi’s CBM Computers is a retailer and service provider. Sedghi thinks the company is one of Dubbo’s oldest IT operations.

“We started 22 years ago when the PC market was a novelty. We started building our own systems and that was so successful.” The company still sells and guilds PCs, sells consumables and peripherals and is evolving fast.

“The dynamic of the industry is changing so quickly, so we gradually changed.” The company is now an MSP and has added mobile phone repair to its offering, along with PC repair and on-site service for clients.

The tyranny of distance?

CRN asked all three if working from Dubbo makes it hard to get the products they need. The answer? Not really. But also that disties get distance, but vendors don’t.

That means all three can get kit to customers in a reasonably timely fashion.

Both CBM and Avance Business Technology also pick up some work doing warranty jobs for vendors, or as sub-contractors for organisations that don’t have a regional presence.

And that’s where things can get a little problematic.

Sedghi explained that he sub-contracts to providers that serve a major clothing chain that has stores scattered across western New South Wales. That provider schedules jobs for particular times without factoring in travel time.

“It is the most annoying thing,” he says.

And they charge for that time: it’s impossible not to, even though the conversation about the charge isn’t comfortable.

Another bone of contention is warranties: some vendors consider Dubbo to be in their “metropolitan” zone for support and therefore promise same-day or next-day service. But Avance’s Johnston said he lost a customer after a laptop vendor refused to honour its next business day warranty. He now resells another manufacturer’s product.

Even then, consensus among the three was that it pays to make sure vendors know their obligations, as sometimes even big players are surprised that their warranties oblige them to respond rapidly beyond major metropolitan areas.

Finding people to work in Dubbo is challenging.

“It’s a big challenge to keep people in the region,” said Johnston. “Most 18 or 19-year-olds want to go somewhere else to get exposure because there is not a lot of jobs available.”

Dubbo is home to a TAFE and it has IT courses on-site, but Nasser Sedghi said the subject matter taught is “hopeless”.

“In the past few years they have turned their focus onto gaming machines and that sort of things. That’s absolutely bizarre. They have no people which you can depend on.”

5G Networks’ Jared Weber said he has previously tried to engage with TAFE to explain what skillsets an MSP needs and made some headway, but that constant changes in personnel and structure meant that those efforts ultimately went nowhere.

Nasser Sedghi says he finds most staff by word of mouth.

Advertising produces lots of CVs from overseas, but most see Dubbo as a stepping stone to other parts of Australia.

“They see it as a way to immigrate but not necessarily to reside.  We have has success in some staff making Dubbo and other regional towns their permanent place of residence but others look to move to capital cities once they have fulfilled visa requirements.  We have managed to keep good engineers in the business by allowing them to move to some of our metropolitan offices” said Weber.

One potential source of staff is the various government agencies in Dubbo, but matching the pay and conditions on offer there is tough for small business for a small business.

Access to skills isn’t necessarily an acute problem, because most clients have relatively simple IT setups that revolve around a single business application.

Cloud is helping too, by making business IT simpler so that the three resellers don’t need to hire people with deep skills in particular technologies.

But cloud doesn’t work for all customers.