How to make money without hardware 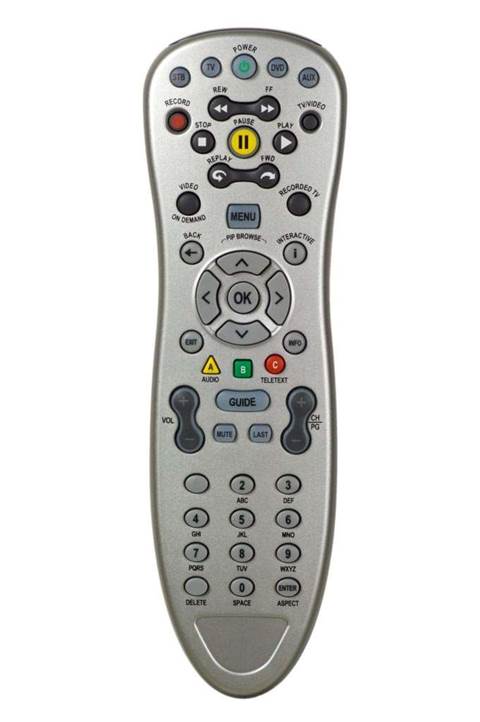 Customers love cloud software for the same reason that the channel struggles with it - in most cases it eliminates the need for the hardware and integration that on-premise software requires.

Integrators are interested in the technology but stumble on the profit model.

"We've got a lot of interest from companies all around Australia that sell JD Edwards, Sage, SAP, and one of the first things they say to us is, how are we going to make money?" says Chris Schafer, NetSuite's managing director for the Asia Pacific.

NetSuite's response - and a similar version is echoed by other cloud vendors - is to entice resellers with the prospect of earning more money over a longer period of time. Or, as Schafer likes to put it: "It is worth a
lot of money but not just based on your next big services engagement".

NetSuite is hungry for growth and is looking for resellers. It has a long way to go; about 70 percent of sales are made direct. Schafer says the perfect partner would be a medium-sized or large organisation that has a strong consultant-like sales team used to selling traditional client based or server software.

However, the traditional client-server services companies are afraid of the cloud, says Schafer. NetSuite hasn't able to convince many big system integrators to sign on.

The company is offering lucrative margins to sway integrators selling on-premise ERP into selling its cloud software instead.

The average NetSuite renewal is $50,000 (US$38,000) a year, a third of which is paid to the partner. "Multiply that by 100, 200 customers, they're just increasing their recurring revenue," says Schafer. "As you renew that customer and keep that customer happy we're going to give you those high margins again."

The vendor claims its partners have the opportunity to engage with a broad set of services as well. They include implementation, integration, data migration, business consulting and training. The sales cycle is typically six weeks and payment is upfront for 12 months rather than monthly.

NetSuite claims its commission structure is more lucrative than Salesforce, which doesn't publicly disclose the size of its commissions.

"With SAP you have to 25 staff sitting on the bench waiting for a project to come along which could take six to nine months to close," says Bartlett.

"SAP is very hard to implement, it's a long project, it's complex and a lot can go wrong.

"SAP projects are a bigger risk and you've got people on the bench longer so your profit per person goes down. NetSuite, it's much more predictable."

System integrators may not be able to ignore the momentum of cloud computing much longer.

NetSuite says one partner, an SAP integrator in South East Asia, kept hearing customers ask for cloud-based alternatives. It eventually turned to NetSuite so it could have something to meet customer demand.

NetSuite only has seven solution providers in Australia, some formed specifically to sell the ERP service. The vendor signed up Fusion5, a large New Zealand integrator, earlier this year.

The vendor heavily vets prospective partners before deciding whether to sign them (see breakout, "How to qualify as a NetSuite partner"). The bar is deliberately set high to reduce competition, according to Schafer.

"Microsoft's approach is, ‘Give us a large fee and we'll put you through some training'," says Schafer.

"We're not going to pollute the market space with 500 resellers. We're going to have a handful in each region and we're going to support and enable these partners to be successful," says Schafer.

Bartlett says the company has performed market research to find partners and customers, and is assessing 10 to 15 partners at any one time.

NetSuite is targeting mid-sized companies and divisions of large enterprises. So far it has not penetrated very deeply into that market - its largest Australian customer to date is LexisNexis, a 275-seat business, according to NetSuite.

While the vendor works with government departments overseas, it hasn't yet won any contracts in Australia. However, it is working on an Australian-specific strategy to win SOHO customers.

NetSuite has made the surprising move of making a custom version of its software for one Australian reseller, JCurve. JCurve Solutions is built specifically for small businesses under 20 seats through an exclusive arrangement that sees the vendor pass on all relevant leads to JCurve.

JCurve says it is the only NetSuite partner in the world which enjoys such an arrangement. It is seeking resellers with business consulting skills as well as companies outside the regular IT channel, such as accounting and legal firms. However, its initial push is into light manufacturing and retail.

The program starts at $7500 a year for five "core" users and five employee logins. Additional employees cost $1600 a year for a block of five; each additional core user costs $1390 a year.

The core features are the same as the parent program, including a full CRM module, supply-chain management and accounting. However, JCurve's product has been packaged to be ready for use "out of the box", says Daniel Perry, CEO. The company has recently finished a wizard that will let a small business configure the program itself without consulting.

"The main reason JCurve and NetSuite have done this is that SMB need to get going on the product faster so they can get the benefits faster," says Perry. He claims one customer was able to have the program operational within four hours of purchase.

The JCurve branded version has been in the market since July and has amassed 50 customers, with five resellers pushing the product bundled with bookkeeping and system admin support services.

Most customers were using MYOB or Quickbooks and were inventory-using businesses, such as wholesale distribution, asset and maintenance services. JCurve was beginning to push into professional services too.

Perry says JCurve doesn't compete directly with MYOB, which costs as little as $500 a year per user. "We are for those businesses that have MYOB but that want a CRM, or inventory management or want to use it in several locations," says Perry.

Feel the Force
Salesforce.com is one of the marquee names in cloud services. It was one of the pioneers that broke the idea that a cloud application could work not just for consumers (such as Gmail) but for enterprise.

The vendor sells its core CRM products direct. Resellers wanting to fit in around the direct model have three options; as reference partners who pass on leads to the sales teams; integrators assisting in deployment; or as developers for its Force.com platform.

Salesforce has diversified beyond its original CRM software into three main areas.

Its entry-level product, Contact Manager, costs US$5 per user a month and is comparable to Sage's Act! program, says Salesforce.

Jeremy Cooper, Salesforce's vice president of marketing for Japan and the Asia Pacific, named an IDC report which showed that Force.com was five times faster and half the cost of Java and .Net for developing applications.

"You don't need to build the workflow, the security, the database," says Cooper. Force.com uses Apex, a programming language "very similar" to Java.

Force.com's online directory, appexchange.com, has over 1000 applications from more than 400 ISVs which are used by some of Salesforce's 70,000 customers worldwide, making it one of the most successful business development platforms.

Partners have developed applications tightly integrated with Salesforce's software in HR, billing and specific "long-tail" apps for law firms or HIV clinics in India, says Cooper. "It's quite conceivable that our platform business would be just as big as our applications business", which currently brings in US$1.3 billion in revenue.

The vendor has a backlog of applications under review by its developer teams. Applications are ranked through a five-star user review system.

"The market is deciding what the best cloud apps are," says Cooper.

One local example is Sqware Peg's SMS marketing application, which is used by companies in Europe and South America. (See Reseller Profile on page 56)

"Any customer that wants an SMS marketing app just searches" the exchange, says Cooper. "Sqware Peg have developed customers around the world without developing channels or marketing."

Australia leads the Asia Pacific as Salesforce's strongest market in the region, which is home to 5000 customers, says Cooper.

The company started to expand into Asia four years ago and now the revenue mix is more balanced within Asia. India, Singapore and Hong Kong have provided a "good base line" while emerging markets include Korea, China and Thailand, says Cooper.

While the vendor remains 100 percent direct in Australia, it is building a channel in Korea and India.

Salesforce itself recently added another arrow to its quiver - social networking site Chatter, which it describes as "Facebook for the enterprise". The product is in beta and is being used by some customers as well as internally.

Microsoft responds
Microsoft has recently become more aggressive in defending its CRM and ERP territory, particularly in the key US market. The rhetoric between the Redmond giant and the newcomer cloud vendors has stepped up a notch.

Microsoft is trying to expand its US channel partner ranks by offering resellers 100 percent margins on first-year subscription revenue. That offer particularly targets solution providers who resell software from Microsoft, Sage and SAP, among others.

In an effort to get mid-size businesses to switch to its Dynamics ERP applications, Microsoft offered a credit of up to US$850 for every NetSuite user that switches to Dynamics GP, Dynamics NAV or Dynamics SL, three of Microsoft's ERP packages. The promotion is available in the US until June 25.

"To assume that a single deployment model for ERP will work for every business is unrealistic," said Crispin Read, general manager of Microsoft Dynamics ERP, in a statement about the offer.

Under the "Software Plus Services" banner, Microsoft has promoted a hybrid application deployment model that combines on-premise software with subscription-based hosted applications.

While Microsoft does not offer SaaS versions of its Dynamics ERP applications, more than 150 US partners provide the applications on a hosted basis.

Microsoft also promoted the new credit as an opportunity for the 10,000 solution providers in the US who work with Dynamics applications.

"This new offer enables our partners to provide customers with more options and is one of many investments we make in sales support," said Doug Kennedy, vice president of Microsoft Dynamics partners, in a statement.

"To deliver a choice of options, Microsoft Dynamics ERP partners who offer on-premise deployments can partner with hosting providers to provide the best level of technical expertise and skills for their customers and prospects," said Kennedy.

But NetSuite doesn't appear to be worried about Microsoft's offensive. "Clearly, this is the last gasp of a dinosaur trying to protect its Stone Age software products," wrote CEO Zach Nelson in an internal memo sent to NetSuite employees.

The memo, with the subject line "The Netsuite comet officially hits the Microsoft ERP dinosaur," calls Microsoft's announcement "an obvious act of desperation as Microsoft's customers and partners defect en masse for NetSuite and the cloud."

"Microsoft has no cloud-based ERP answer to NetSuite, and Microsoft's statement that ‘hosting' Great Plains is their response to the cloud is so absurd as to be laughable," Nelson said in his memo.

"This is the old ‘ASP' approach of hosting client/server products that failed as a delivery mechanism even before we entered the Year 2000."

Part 1: In-depth: The ABCs of software as a service