How to make sales while losing money, the SaaS way 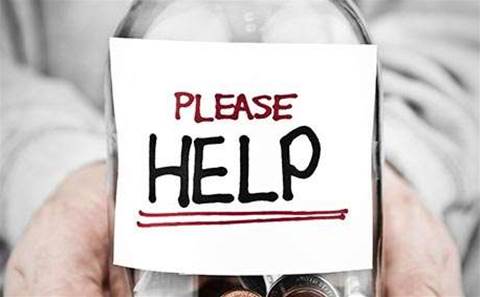 Say you have hung your hat as an HP or IBM reseller for the past 15 years selling servers, maintenance and integration. It’s time to look at cloud software but it’s virtually impossible to compare partner programs with the hardware vendors. So what are the criteria?

Consider the verticals in which you specialise. Manufacturing or retail, finance or legal – each has a set of market leaders across CRM, workflow and analytics.

It’s easier to judge vendors based on how well their software fits your market. A harder question is how do you evaluate the vendor? Which is more likely to succeed and which fail?  When it comes to cloud software, there’s no dishonour in running a loss-making business. Should that even matter?

The bulls and bears are raging over whether recent valuations of tech companies indicate another bubble or evidence of market transformation and momentum. In late January, Box floated on the Nasdaq and reached a US$1.4 billion valuation despite recording a loss of US$129 million on revenues of US$154 million in the past nine months.

One analyst was less than impressed.

“It’s not as if Box has a unique offering in the market. Dropbox is very widely used. Then there are the huge players like Microsoft, Amazon, Google and Apple who would all rather like you to use their cloud storage too and are quite prepared to offer it as a loss-leader,” wrote TechMarketView’s chairman, Richard Holway, in a blog.

It’s true that Box has lost its lustre a little after Microsoft and Google’s price war introduced business customers to unlimited online storage in their cloud productivity suites. But it is hardly alone in attaining an eye-watering valuation despite losing money hand over fist.

Salesforce and Amazon are examples of global companies leaking profits like sieves yet commanding enormous premiums. Even local hero Xero has been losing about $15 million a quarter and still managed to hit $2 billion last year (it has since come off that).

Some experienced cloud software resellers are adamant on the topic of financial viability. “We don’t sell anything unless it’s making money,” says Chris Greatrex, managing director of Artis Group.

The company sells Dynamics CRM Online against Salesforce.com and SAP BusinessByDesign against NetSuite, another regular loss-maker.

“NetSuite and Salesforce.com are losing huge amounts of money. If you’re putting all this data into their applications, soon the investors will want their money back with interest. Either they’ll put the price up or stop development or both,” Greatrex says.

“That’s why I like SAP and Microsoft because they are already making money today.”

The theory behind the Amazon model is well established. Focus on market share by offering your product at, near or below cost. The prize for number one is so huge that it will reward patient investors many times over.

Does the same strategy work for resellers? That’s a hard question. Often the fast-growing, loss-making newcomers win market share because they have more innovative products compared to the incumbents.

The safest option is to always check how easily you can pull the data from a challenger’s system to an incumbent’s. Find out how long a data transfer will take, whether it’s easy (or possible) to move all the data over, and review any exit clauses buried in the SLA.

The history of tech is littered with failed companies, takeovers and flameouts. Even if your cloud vendor is sailing strong, it never hurts to have an idea of what it takes to jump ship.