How to survive (and thrive) despite sinking server sales 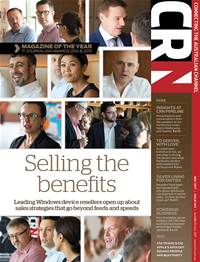 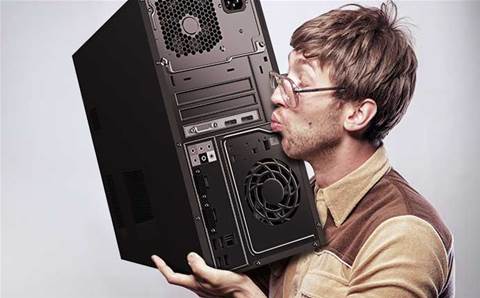 The metrics aren’t good. Market research data suggests people are buying fewer servers, both in the number shipped and by revenue. In the third quarter of 2016, worldwide server shipments were down 5.8 percent in US dollar terms, from $13.5 billion to $12.7 billion. Units shipped were down 2.6 percent, from 2.76 million to 2.69 million.

“The server market was impacted during the third quarter of 2016 by generally conservative spending plans globally,” says Jeffrey Hewitt, research vice president at Gartner. “This was compounded by the ability of end users to leverage additional virtual machines on existing x86 servers – without new hardware – to meet their server application needs.”

Chris Kelly, executive director and general manager Dell EMC’s infrastructure solutions group, says the modern server is a very different beast to what it was a few years ago.

“There’s been a significant increase in the density of the server configuration,” he says. “In one rack today, you can almost get what would have taken a whole data centre before.”

Rajnish Arora, lead analyst for servers and enterprise infrastructure at IDC, agrees with this analysis.

“The on-site infrastructure being built by businesses today is a lot more efficient, a lot more optimised and has far greater utilisation compared to what’s been built over the past ten or 15 years,” he says.

“That’s leading to new computing paradigms – like convergence or hyperconvergence – that are taking optimisation to the next level.”

The growth in these newer, denser and easier-to-operate methods have led to impressive growth for hyperconverged companies like Nutanix, which did its IPO last year with a billion-dollar valuation, and SimpliVity, which was recently snapped up by Hewlett Packard Enterprise. Dell EMC has been enjoying its own hyperconverged success story with VSAN, as part of its VMware portfolio, now boasting more than 7000 customers.

Certain workloads are definitely moving away from on-premises hardware; particularly cloud-native workloads, which are being built within AWS, Azure and Google, and low value-added workloads such as email. Yet, IDC’s Arora says it would be incorrect to declare the server dead or to call public cloud the victor.

“It’s not that the cloud guys have taken over the world,” he says, “In fact, even in highly virtualised Australia, over 80 percent of infrastructure spending is still on-site.” IDC’s overall market numbers show that cloud makes up about 13-15 percent of overall server revenue, so there is still an awful lot of money being spent on servers that live in on-site data centres.

These newer formats, which bundle dense compute and storage into a single, higher-priced unit, create very efficient platforms for running workloads in the data centre. Hyperconverged players, such as Nutanix, SimpliVity and industry stalwart VMware, have been working hard in recent years to make administering these systems easy. The combination means the pain of running your own server fleet isn’t what it once was, which has blunted the appeal of the cloud for some customers.

Some customers are noticing that they’re paying a lot to run workloads in the cloud that don’t really change much, and therefore, the much-debated benefits of the flexibility of the cloud aren’t as compelling.

“We call it ‘workload repatriation’ internally,” says Dell EMC’s Chris Kelly. “Some customers are finding that they can save 30 to 50 percent by bringing predictable, stable workloads back on-site from the public cloud, usually into some sort of private cloud.”