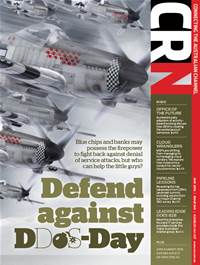 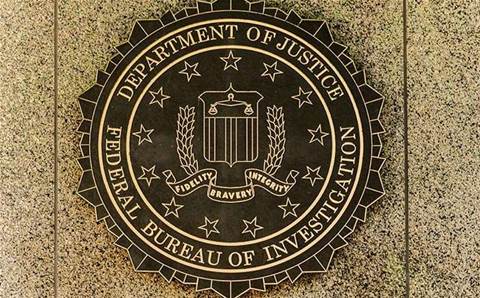 Recently, you may recall, I mused on how the US Federal Bureau of Investigation had handed Apple a gift – in the form of its demand that the iPhone maker compromise the otherwise impenetrable security of the handset in order to assist with its investigation. Apple, especially after the high-profile hacking of celebrity iCloud accounts and similar breaches, simply could not have asked for a greater endorsement of its security credentials.

Of course, many suspected that the FBI didn’t really need Apple’s help, but was simply looking to create a precedent by which it could force tech companies to reduce their security for government benefit. “Oh no,” cried the FBI, “our motives are pure! We only want to crack this one phone and that’s all!” And, of course, no-one believed them.

Well, as you might be aware, Apple’s security credentials were dealt a blow when the FBI found that it could work with an outside firm (rumoured to be connected with Israeli intelligence, if you’re into conspiracy theories) and gain access to the phone without Apple’s help. It then made a very big show of withdrawing its action against Apple and saying exactly why.

Vindictive is a word for it.

But it’s a twin-bladed weapon. You see, as well as telling all and sundry that it can break the mighty Apple’s encryption, it has also made much of offering its assistance to do the same for other law enforcement agencies in other, non-federal, jurisdictions, and for cases much less pressing to the issue of national security than unlocking the contents of a terrorist’s phone.

In doing so, the FBI has proved beyond any shadow of a doubt that Apple was 100 percent correct in opposing its original order. It has demonstrated unquestionably that its motive is, and always has been, to obtain a method of undermining the security of citizens’ devices beyond one single case.

People don’t like it when their government acts in bad faith, and the FBI has certainly acted in bad faith here.

Further compounding the villainy, it has refused to share the method it used with Apple. How shocking is that — a vulnerability in the security of devices used by millions of citizens is discovered and the top law-enforcement agency in the land wants to leave it open rather than allow it to be closed. These are the actions of black-hats. What if it falls into the hands of the baddies, as Apple argued such a method might? Apparently the FBI is unconcerned.

Hubris is a word for it. Massive over-reach is another. Actually that’s two. Or maybe three, depending on how you count the hyphen. Or is overreach one word? Anyway, where was I?

You see, Apple has some very clever people on its staff. And its clever people know other clever people. And the more the FBI shares this method of undermining iOS security with law enforcement agencies and senators and other non-technical people who really have no idea what they’re talking about, the more likely it is that the secret will, one way or another, get out. Apple will figure out what the breach is and how it works.

And then its clever people will fix it. And then the FBI will have to ask, once again, for Apple to breach its unbreakable security. And again, Apple will say “no, because you don’t want it for one device, you want it for all of them”. And the FBI will say “no, we promise, we only want to get access to this one little itty-bitty iPhone”.

And no-one — not Apple, not the citizens the FBI is supposed to protect, and not a judge in the land — will believe them.

Then of course some other agency will figure out how to break it and Apple will have to fix it again, and so it goes as it always has — no security is perfect and no security likely ever will be. But the FBI has forever sacrificed its claim to being an honourable player in the game.

I hope whatever was on that iPhone was worth it.