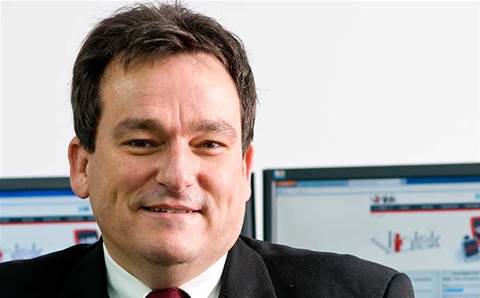 What technology underpins your hybrid cloud or hosting strategy?

In terms of the vendors that underpin our hybrid cloud offering, Lenovo is central in there, then we have DataCore, OpenStack and Fortinet. It’s a hyperconverged environment.

When did your company first get involved in this area?

We were first involved in a cloud offering almost seven years ago, but in terms of the OpenStack stuff we’re doing, that started in the last 18 months. Prior to that, we’d spin up whatever a customer wanted.

What are your credentials in hybrid cloud and hosting?

OpenStack, DataCore, Lenovo and Fortinet. We’re one of Fortinet’s highest technically trained organisations in Australia, and we just won their partner of the year award. We’re also the only Lenovo LSAPP partner in South Australia.

How has public cloud changed the game or influenced your model?

It’s definitely shaped the types of offerings you go to market with. Some public cloud services have been quite disruptive. What we’ve been able to do is look at those and adapt them for a hybrid cloud version. The public concept that came out was very good ‑ it’s just that people are looking for a model where they can blend it into their environment.

Heard about any cool developments in the hybrid cloud or hosting space recently?

Look at what VMware did for server hardware – that’s happening now in the storage space with DataCore. I think that’s going to push down into the networking space. I don’t think it’s as mature as it needs to be yet for clients to say, “I’m provisioning my network straight into your network, and that’s flowing through to all of the networks I’ve got.”

Can you tell us about a recent hybrid cloud or hosting deployment you have done?

We’re on the Federal government cloud services panel. In 2016, we implemented the National Portrait Gallery in Canberra onto a whole hyperconverged hybrid cloud model. It was the first sale of DataCore into the federal government space.

What is driving customers to hybrid cloud or hosting?

The conversation has moved from public cloud to hybrid cloud because you get better results out of hybrid cloud. You get better control over it, and you get a better say over what happens where.

A phenomenal way for an end user to get the best of all the worlds that they’re looking for.