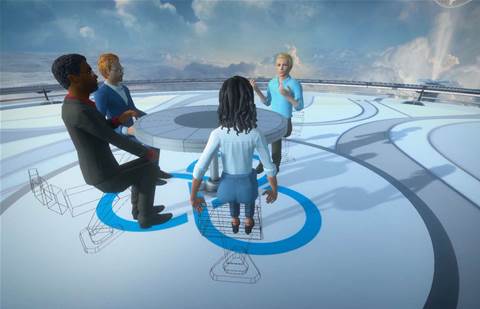 COMMENT  |  Virtual reality meetings are a thing now. While virtual reality technologies launched with a focus on gaming, it hasn’t taken long for vendors to recognise the value of VR devices in a business sense.

Beyond digital entertainment, applications in training, visualisation, design, construction and communication have all cropped up. And in light of working from home and social distancing, I’ve recently experienced the latter of those with my first business meeting in VR.

I was invited to join a virtual meeting by HTC Australia and New Zealand country manager Thomas Dexmier late last week. My full interview with Dexmier will be coming soon, but I thought I’d take a moment to describe the experience.

The device platform was the HTC Vive Focus, the company’s standalone VR headset that runs untethered from a PC that delivers a competent virtual reality experience powered by a mobile processor. The device uses in-built cameras and computer vision to track the users head movements, which are translated 1:1 to the 3D virtual world rendered on the stereo displays of the device.

We used Vive’s recently released Sync meeting software to meet up in VR. Upon opening the software, I was directed to select an avatar (or design one from scratch) before being prompted for the meeting room number and password I had been provided. 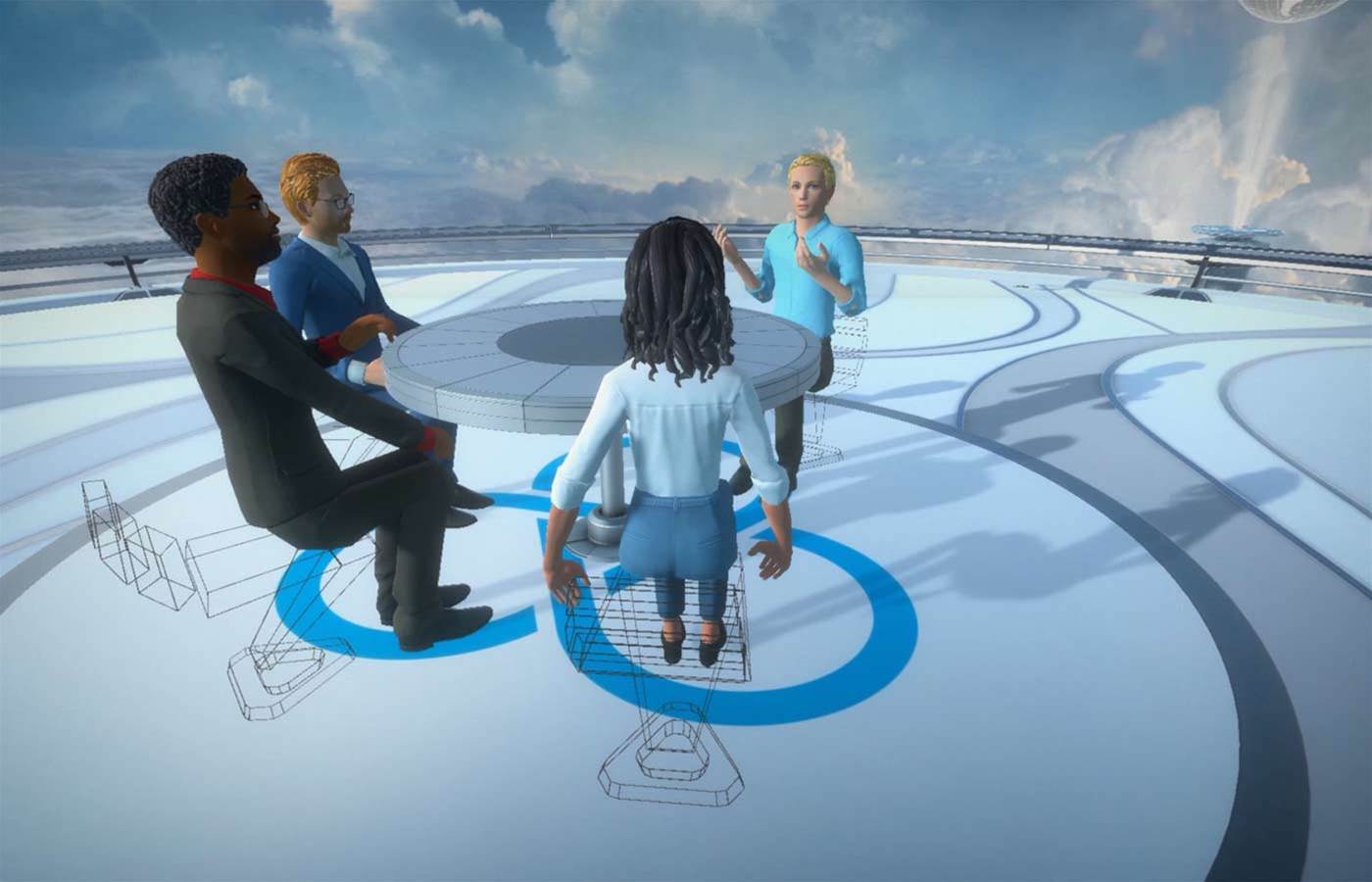 I appeared on a large circular platform by the river surrounded by a futuristic concrete and wood structure, with the San Francisco cityscape off in the distance. I could look freely around the space with and move by pointing the included HTC remote toward where I wanted to go.

Dexmier’s avatar, a bloke in a collared shirt and jeans, appeared in the space shortly after I joined. He greeted me with a wave and I heard him say a hello courtesy of the device's inbuilt mic. His avatar’s mouth moved as he spoke.

Dexmier was using HTC’s newer standalone headset, the Vive Focus Plus, which features full-body tracking, allowing more of his expressions to translate into the virtual world. He stepped forward, reached out and we shook hands. My older-model Focus, on loan from HTC, is limited to single-handed pointing and basic movement, but the handshake was serviceable enough from my end.

In business, it's not uncommon for people to have their first interaction with somebody over email or the phone, but shaking hands with the digital twin of somebody I'd never met before was definitely a first.

The country manager suggested I take a look around the space, listen to the waves of the bay and admire the view.

A meeting table spawned into the environment and Dexmier invited me to take a seat, in my home office I felt for my chair and sat down, our avatars assumed the seated position and chairs appeared beneath us.

Dexmier explained that he had been meeting with HTC staff across Australia and the globe in VR most days of the week. He said the team had fully embraced the virtual meeting environment.

“You get a strong feeling of presence that you don’t get in a video conference,” he said looking at me across the virtual table.

“Here when several of us are interacting, you can see exactly who is talking to you, who is looking at you, gesticulating in your direction, the spacial audio indicates where someone’s voice is coming from as well. We’ve gotten very used to it and it’s a really good experience.”

The Sync platform also allows users to take voice notes, import various documents and load in 3D models of potential designs or products for group appraisal and discussion. Dexmier spawned a model of a car in the centre of the table as an example, and we were able to annotate around it with a pen tool or highlight certain areas with a pointer.

As we discussed the potential case studies for meeting in VR and how the team has been going under social isolation, the feeling of being in my small home office phased away. The hand motions Dexmier made as he spoke and demonstrated ideas, combined with the nodding and subtle head movements in response to my comments sold the presence of an in-person meeting.

For demonstration purposes, Dexmier then generated a large conference display at the edge of the scene and opened a slide deck he had linked to Sync through OneDrive. Auditorium style seating appeared behind me, I again took a seat. Webinars need all the help they can get to compel users to turn up and stay attentive, so creating them as a 3D spacial experience makes sense. Dexmier was able to present the slides, but also walk across the stage and talk to the audience. He could seamlessly blend directing attention between a slide or himself as the presenter, simultaneously interacting with the content and viewers in such a way that resembled the real deal.

HTC reckons its VR platform has a meaningful place in the modern workplace for conducting powerful and interesting meetings with those who can’t be in the same room.

The meeting experience was definitely compelling. Having a three-dimensional environment to interact with other delegates was, in my opinion, was far more interesting than a video call. There is a real sense of presence when interacting in 3D. You are literally in the meeting space, it surrounds and envelops you. Your attention is absorbed as you interact with other members spacially as opposed to looking at them on a monitor.

Part of the appeal might in part come down to the novelty of VR and stepping into a 3D world, but Dexmier said that should be embraced.

“When my sales team and I meet in here we use a meeting room scene that’s up in the clouds, it almost has a mindfulness aspect to it,” he said. “It’s a place to jump into and have an experience, interact with each other and have a productive meeting all while we’re working from home.”

There are of course some limitations to the technology. Factors such as the user's smaller field of view within the headset, display resolution and comfort over long periods may be roadblocks for those who do not yet think of VR as an exciting technology. These are common factors in all current generation head-mounted display devices, and something that HTC has in its sights to keep iterating on.

Those plans, along with HTC’s roadmap, technology goals and expectations, its market and channel strategy, were discussed in greater detail with Dexmier and will be online on CRN in the coming days.