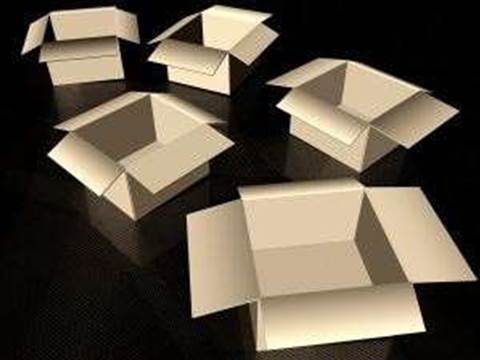 When Angus Mansfield of reseller X Central saw that Ingram Micro's new freight matrix had a $33 charge for orders under $300, he knew his business had to change. For consumables such as printer toner the charge was too high for either his customers or his margins to bear.

"We have had to say, ‘We can get [the toner] to you but because of the size of the order we will have to pass on a charge', and they have then gone to an OfficeWorks or a Harris Technology.

"With us trying to be a one-stop shop for our customers for all their IT requirements, and we try to lock into consumables as well, it does hurt us."

The cost of freight is a touchy subject for resellers, distributors and vendors - and end customers. Although the channel moves millions of items around a country as large as Australia, asking people to pay for the effort involved is somehow a difficult prospect.

And it is getting more difficult. The cost of freight has risen thanks to the increase in fuel prices and just-in-time business models that encourage smaller deliveries.

In the cut-throat distribution business, freight charges are a sensitive issue. Some distributors choose to bury the cost of freight into the price of their products.

X Central is now asking clients to wait until they have a "critical mass" of products to order at Ingram Micro, says Mansfield. "Where there's a client that really needs it we will source it through another distie."

Ingram's matrix
Ingram Micro, Australia's largest distributor, has an enormous line of 120-plus vendors and a customer list that includes nearly every reseller. Whenever the giant changes its freight charges the ramifications are felt throughout the channel.

"They were telling us clearly we want to understand, before I place the order, what the price is going to be on that transaction."

The company aimed for greater predictability and transparency by introducing a "freight matrix" of fixed delivery charges by order value. Before the matrix was released resellers couldn't get a quote on the freight costs until they had placed the order, says Miley.

One goal of the new system was greater simplicity. Most of the distributor's orders are Sydney-to-Sydney metro in the $300-$3000 ‘bucket'. These deliveries now cost a flat $12 rather than a dynamic rate based on the volume of the order.

In the past the freight charge "could have been anything under the sun. I'm not suggesting it's the lowest always but I can tell you 12 bucks is a relatively competitive rate for the services that we provide," says Miley.

A third goal was to encourage resellers to increase their order size. Internet buying of small items was driving the value of orders down but not the cost of fulfilment. Now orders over $10,000 are shipped free.

"Prior to these changes we didn't give free freight to anybody. As you migrate up the order value we are charging a lot less than we used to," says Miley.

Although it is only four months old the system seems to be working, according to Ingram. Revenue on product has gone up while recovery of the distributor's freight costs has gone down, which means that resellers are ordering more stock and yet paying less to ship it, says Miley.

"Our customer base has actually benefitted from this. Customers are saving money right now by dealing with us. That is not true for every customer, but definitely for those that are optimising their orders and logistical management, they're saving money comparative to what they used to spend with us on freight," says Miley.

"A lot of thought went into this," says Miley. "We believe we've put out an offer that is good for the industry, good for the Australian market and ultimately will help us strike the right balance on the order of distribution that we get from our customer base."