Inside Microsoft, Oracle and SAP's assault on ERP 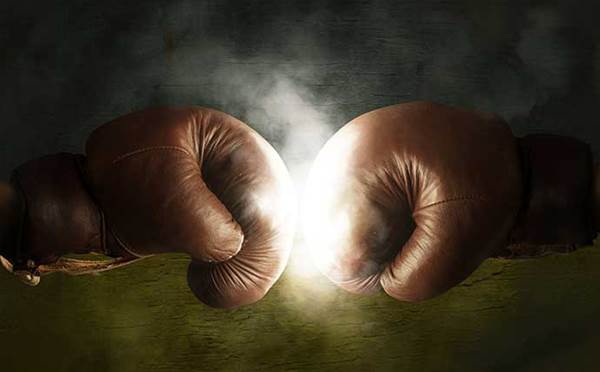 Software-as-a-service has hit the enterprise resource planning (ERP) market with full force, and vendors are drawing their battle lines. The past 12 months have seen enormous shifts in the ERP terrain with acquisitions, product launches and new strategies. Together they signal an all‑out assault on the install base of on-premise ERP, a market worth billions of dollars.

Oracle is taking the most aggressive approach. First came the US$9.3 billion acquisition of NetSuite. This was inevitable – Oracle founder Larry Ellison provided the money and the infrastructure to launch NetSuite 17 years ago. NetSuite runs on Oracle hardware and databases.

What is important is the timing. Ellison decided last year to cash in his chips as the majority owner and put the full force of Oracle into selling cloud ERP. At SuiteWorld in April this year, Oracle chief executive Mark Hurd was rubbing his hands at the prospect of flipping every on‑premise installation to NetSuite.

Ellison sees this period as its best chance to wrestle the world ERP title from SAP, says NetSuite executive vice president Jim McGeever. “This is a golden opportunity for Oracle. None of their competition are anywhere close to having the cloud apps they do. They think they can dominate the landscape over the next couple of years. They want to hire as many people as they can and go for a land grab in the enterprise.”

It’s not just on-premise SAP that NetSuite will be chasing. Sales reps will be compensated exactly the same for replacing any of Oracle’s own installations: JD Edwards, PeopleSoft, Fusion, and so on. Oracle won’t disclose how much it is investing in NetSuite to bring in these sales, but it must at least be in the tens of millions. NetSuite plans to hire more people in 2018 than the entire company employed in 2012 (which was about 1700, according to a 2012 NetSuite corporate overview).

NetSuite is more than doubling the number of countries with sales, service or operations offices, from 10 to 23. The number of data centres is also doubling from five to 10, including its first Australian one in Sydney, and it will start using four Oracle development centres in Asia and South America to localise the software faster for new markets.

It’s a big and audacious plan, and Oracle is in a very good position to carry it out with US$60 billion in cash sitting in the bank. But there are no guarantees in business.

Two issues could hinder Oracle’s blitzkrieg. A cultural clash between NetSuite and Oracle could drain energy with infighting and resignations. A journalist asked Hurd at the SuiteWorld press conference how the more relaxed NetSuite culture would fit within the “aggressive and impersonal” Oracle.

Hurd’s response got a few laughs: “Well, I think we’re nice guys.” The major issue is competition for sales. Oracle has typically sold its hosted ERP to companies with more than 1000 employees, while NetSuite’s base was typically 1000 or fewer, Hurd said. He added that NetSuite wouldn’t be mandated to sell Oracle to larger accounts.

As for general cultural fit, Hurd pointed out that former NetSuite chief executive Zac Nelson and co-founder Ethan Goldberg were both ex-Oracle, among other employees. Time will tell whether the fit will be as easy as he suggests.

The second problem is in scaling up an ERP channel globally. Small markets, such as Australia, have struggled to support ERP consultants who have to straddle several industries to keep busy. This makes it harder to have enough industry expertise, leading to longer and costlier deployments and unhappy customers. The speed at which Oracle can expand NetSuite’s channel globally while maintaining quality delivery will become a critical factor.

The number one ERP vendor in the world, SAP, is taking up Oracle’s gauntlet. Like Oracle, SAP has a tonne of opportunity to convert existing clients to the cloud. This is a generational shift, and customers will be evaluating all of their options. SAP will fight tooth and nail to hang onto every customer it has.

“We will be looking at the existing install base and trying to understand whether cloud is a good fit for the business,” says Stuart O’Neill, head of business for SAP Hybris Australia and New Zealand. SAP has a very strong base in B2B and manufacturing. It is now looking to address the public sector and continue its business in retail and finance. In its endeavours, the vendor is pitching a unified ERP platform as a way to deliver high-quality experiences.

“We’re starting to see organisations who traditionally have not had a customer experience front-end beyond the CRM,” O’Neill says. “Now they’re trying to work out how to become more competitive. Digital [strategies are] starting to drive real change.”

SAP’s response to NetSuite, Business By Design, has had a chequered trip to market and has just 1300 global customers to NetSuite’s 40,000. But now, the cloud platform is full steam ahead. “We have certainly gone well beyond the catch-up,” O’Neill says. “SAP is investing quite heavily and building out CRM for sales and service to have parity with other cloud solutions out there.”

Given its deep roots in enterprise, SAP faces a cultural shift in going after the midmarket – there have never been so many quality choices for ERP thanks to cloud. Some of its competitors have stronger connections to the midmarket scene, along withe more partners and a stronger focus. That said, Business By Design starts at just 10 licences, and O’Neill says very small deployments can cost less than $30,000.

Under chief executive Satya Nadella, Microsoft has also joined the hunt, pulling through its enormous base of Office 365 customers. Before its October 2016 launch, Dynamics 365 was a central focus at last year’s Worldwide Partner Conference in Toronto. Dynamics is a highly capable CRM and ERP, which has enduring appeal to businesses due to the ubiquitous Microsoft interface. Microsoft also has the largest and most powerful channel in the world.

And the vendor has built a stripped-back accounting app on the Dynamics platform – Financials for Office 365 – which was born out of Sydney-based Microsoft partner Hands-On Systems. Clearly, no other software company has as many entry points to ERP as Microsoft. The big question is how effective Office 365 resellers will be at selling ERP, a vastly more complex product. Even selling CRM is a big leap because it requires understanding of business processes, which differ by industry, and the ability to automate and streamline them.

“I think it will be good [for the Office 365 channel to sell Dynamics],” Obviously, you need to make sure that the channel has the skills,” says Ryan Spillane, managing director of Correct Solutions, an SMB-skewed managed services provider and Office 365 reseller in Sydney. “If a bunch of people start to push Dynamics out without knowing how to make it sing and dance, you might not have a good outcome.”

Correct Solutions has partnered with a CRM Dynamic specialist for installation and support, rather than attempting to deliver the ERP with its own staff. “We are very happy to push it through the 365 channel. As long as resellers find a good [Dynamics] partner, I think it will be fine,” Spillane adds.

Coming up from accounting

Some of the most interesting players in ERP are the smallest. MYOB moved swiftly into cloud ERP by licensing the well-regarded platform Acumatica and localising it for the Australia and New Zealand market as MYOB Advanced.

Every ERP vendor needs to localise at least for local taxes (ie. GST), but none have gone as far as MYOB. It has added daily bank feeds from its small business accounting software range to MYOB Advanced and on-premise ERP EXO, supplied through its BankLink acquisition.

Andrew Birch, MYOB’s chief operating officer, had been surprised at the level of demand for bank feeds, which update the ERP with a list of bank account transactions from the day before. Larger customers liked the ability to auto-reconcile transactions by setting up bank rules.

“Set up well, it can auto-reconcile up to 95 percent of transactions on the bank statement and save a lot of time for midmarket businesses with higher volumes of transactions,” says Birch, who until last month was general manager of the enterprise division.

The vendor recently added an HR module to MYOB Advanced, called MYOB People, which is another plus for local companies. Initially sold as part of Advanced, it will soon be offered as a standalone solution. NetSuite, in contrast, uses a third-party app.

MYOB has found that selling a cloud ERP has expanded its pool of potential customers, and it’s now working out how to make the most of that. “It really puts pressure on us to grow our channel, which we have to do because we are seeing a growth in new business,” Birch says.

In the meantime, Birch says that demand for EXO and Greentree – MYOB’s two on-premise options – is holding steady. Partners in those two products are training and recruiting to sell Advanced, although good people are hard to find. “We are seeing a shortage in technical-type people,” Birch says. “It’s a challenge for the channel.”

The on-premise channel also needs to learn new skills, such as understanding how total cost of ownership changes when you eliminate infrastructure costs and maintenance.

The other one to watch is Xero. Although it does not sell an in-house ERP platform, small companies have been bolting together third-party apps from Xero’s ecosystem to replicate many of the functions of an ERP. The best example of this is e-commerce business Kogan. The company went from MYOB desktop to Xero and used inventory add-on Unleashed to process as many as 10,000 transactions a day.

Kogan eventually moved to SAP last year (an on-premise version hosted on Amazon Web Services). At that point, Kogan was turning over an astonishing $170 million a year through Xero and Unleashed – that’s according to David Shafer, Kogan’s CFO and minority shareholder. Kogan was processing all transactions in Unleashed and lodging a single, combined transaction daily into Xero.

Xero CEO Rod Drury said onstage at Xerocon last year that he was interested in expanding Xero’s abilities to work with larger companies. There is a fair way to go before it can do that – Xero has a monthly soft limit of 1000 transactions, for example – but Drury clearly has ambitions in that area.

ERP has typically been a slow-moving segment with long sales cycles and even longer implementations. Cloud ERP is changing that, both in sales and delivery – and it even works out cheaper once you subtract infrastructure costs.

The vendors are marshalling their troops. It’s high stakes and high rewards for these lucrative contracts, which typically last at least a decade. If you’ve ever thought about selling ERP then take another look. There may not be a better time for another 20 years.

Oracle > NetSuite
Oracle spent US$9.3 billion to acquire this SaaS leader and get access to cloud ERP and NetSuite’s midmarket client base.
SAP > Business By Design
SAP’s response to NetSuite has been relatively sidelined in the past, but now, the ERP maker is investing heavily to catch up to arch-rival Oracle.
Microsoft > Dynamics 365
Microsoft’s secret weapon is its unparalleled global reseller channel, though partners will need to skill up to sell cloud ERP and CRM.
MYOB > MYOB Advanced
The accounting software vendor got into cloud ERP by licensing the well-regarded platform Acumatica and localising it for the Australia and New Zealand market.
Xero > Xero plus marketplace apps
While Xero does not sell an in-house ERP platform, small companies have been bolting together third-party apps from Xero’s ecosystem, such as inventory add-on Unleashed
Got a news tip for our journalists? Share it with us anonymously here.