Inside the great SSD drought of 2017 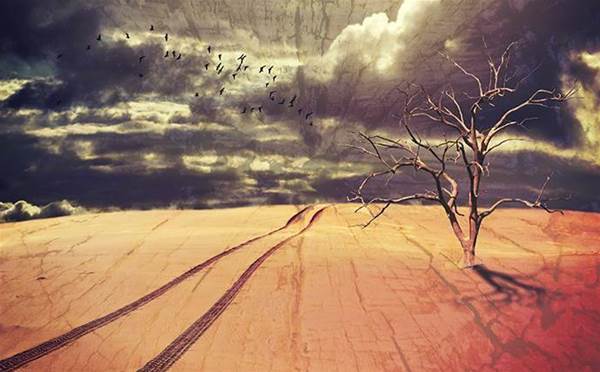 A global shortage of NAND flash has been running for at least a year, which has lead to constrained supply of SSD devices in both enterprise and consumer models.

What causes this sort of shortage? What should you do if it impacts your customers and how do you plan for the future?

Shortages happen occasionally, usually without much warning. Readers will no doubt remember the hard-disk shortage caused by flooding in Thailand in 2011, so it’s important to have a plan in place to cope with events outside of your control.

The risks are real, and how you cope with the fluctuations can be the difference between survival and doom for your business.

It’s easy to verify that the SSD shortage is real: just take a quick look at the profits from the manufacturers. Micron – which lost US$276 million just a year ago (on revenue of US$12.39 billion) – posted net income of US$5.9 billion on revenue of US$20.32 billion. It’s a staggering amount of growth, and while not all of it is due to SSDs, NAND prices were up 5 percent in the last quarter on an increase in volume of only 3 percent. This is despite a temporary glitch in production.

Western Digital was also boasting of increased profits due to constrained supply. “Results from our NAND flash products were strong in the midst of a continued constrained supply environment and HDD results were largely within our expectations,” said president and chief operating officer Mike Cordana during the vendor’s  fourth-quarter earnings call.

“We continue to believe that the favourable NAND industry conditions will persist at least through the first-half of calendar 2018,” he added.

While the Thailand floods of 2011 made it easy to point to a cause for the hard-disk shortage, the reason for this most recent SSD shortage is unclear.

Part of the reason is the massive uptake in flash devices across the industry. Anyone who has moved from a hard-drive based laptop to one with flash will know how painful it feels to have to go back to a spinning-disk powered laptop. Once you’ve tasted the sweet low-latency bandwidth of flash, nothing else will do. Every enterprise vendor has galloped into adding flash into their storage arrays, and that demand has placed pressure on the foundries that manufacture the flash.

Getting a new foundry up and running takes a couple of years and billions of dollars. A sudden spike in demand, like the one we’ve seen in the past couple of years, means supply can lag demand for a while as the manufacturers get new capacity built and running. Many foundries are converting from single-layer NAND to higher-density 3D NAND and equivalents, which is quicker than building a new foundry from scratch, but does take some capacity offline temporarily.

CRN has also heard unconfirmed rumours that at least one hyperscaler placed an extremely large order for flash, effectively removing a large amount of capacity from one of the manufacturers off the market.

The supply shortage hasn’t had a uniform effect on resellers. Some, like online reseller Warehouse1.com.au, have seen lead times blow out and prices jump considerably. “Enterprise SSD and memory used in servers seems to have been particularly impacted,” says Warehouse1 managing director Sam Robinson.

The lack of stock has driven prices 30-50 percent higher, and that has had substantial flow-on effects. “We were ramping up our SSD sales to the tune of $50,000 to $100,000 per month before the shortage; that momentum was killed off quite broadly,” says Robinson.

Robinson has been forced to seek alternatives to some specific brands and models. “I’ve been told that for some models there is no hope for supply, try another option.”

Other resellers, like Harris Technology and RamCity.com.au, saw some impact until about 12 months ago but it has largely subsided.

“Late last year it was difficult to obtain enough supply of SSDs to meet demand, but supply has been solid for this year so far,” says Rod Bland, founder and chief executive of RamCity.com.au.

“However, for specialised mSATA and M.2 SSDs from second tier vendors like MyDigitalSSD, there have been some products that have been difficult to get due to them not being able to purchase enough flash to manufacture their products in sufficient quantities.”

Jarrod Calati, operations manager at Harris Technology, says the shortage hasn’t been as noticeable in recent times, but 12 months ago it was quite an issue. “At that time it was almost impossible to source Samsung SSDs, later extending to other brands,” he says. “That all seems to have passed.”

Coping with the sudden shortage has driven resellers to make changes to supply chains, and the amount of stock to carry. A focus on a few vendors can build deep relationships, and that can come with favourable trading conditions, including margin benefits, but it does add risk should those few vendors ever have difficulty maintaining supply.

“It’s very scary in a low-margin industry to possibly be stuck with something that could drop 30-40 percent very quickly,” says Warehouse1’s Robinson. “Except for specific small deals we decided to stop buying bulk SSD until the market goes back down and just do a small volume.”

Robinson believes not all of the price rises have been justified by supply constraints, and suspects a bit of opportunistic profit-taking may have been going on. He chose to stop buying significant amounts of stock as a result.

Other resellers have found the forced changes to their business have been beneficial. “We have expanded our supply chain so that we have ongoing relationships with more distributors due to the shortage last year,” says RamCity’s Bland. “This has actually been good for our overall business, so it’s a permanent change.”

It appears SSD customers aren’t likely to be put off by shortages and price rises for long, with overall demand remaining strong.

“The effect will be temporary, but will also slow SSD down overall in my opinion,” says Robinson. “It’s caused a protracted delay to a segment that consumers were embracing heavily.”

That said, consumers haven’t turned away from SSDs, so the manufacturers’ confidence in strong demand continuing into 2018 appears well-founded.

The lesson from the shortage appears to be that multi-sourcing from dependable suppliers is the key when supplies are constrained. Low-margin products like consumer SSDs aren’t a good place to be stuck with excess inventory.

Keep an eye on stocking levels and how fast people are buying them. How long would it take to completely sell down your entire stock of a given SKU? What is the cost to your business from carrying that inventory?

If you can, test the market occasionally for how sensitive people are to price rises. If your costs suddenly jumped by 20 or 30 percent on certain models, would you be able to pass on most of that price rise to customers?

How sticky are certain brands? Can you easily substitute an alternate product, or will customers go elsewhere to get a favoured brand? Can you exploit brand loyalty by making sure you have solid supply arrangements for strong brands?

Customers of commodity products like SSDs can easily go elsewhere if they need stock in a hurry. How close is your relationship to your customers? Would they wait for you to get stock, or would they cope with a 20 percent jump in price to get the speed of flash tomorrow?

The SSD shortage is a timely reminder to stress test areas of your business, and to have a plan if one of your ‘what if?’ scenarios comes true.