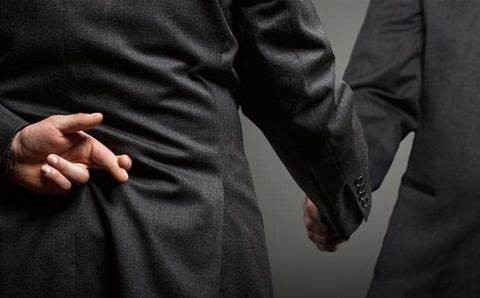 One of the most alluring songs sung by vendors is, “Sell from us, we put the channel first.”

To resellers, this should mean a cheque to fund a marketing campaign, contact details of prospective customers ready to close a deal, or personal introductions into large companies looking for a reliable IT supplier. It sounds like easy money; it’s no wonder that so many vendors claim to be ‘channel first’.

When vendors don’t emphasise their channel tendencies, resellers might assume the worst: that they will be competing with a far better resourced internal sales team which will hoover up the best leads, poach resellers’ customers and offer discounts unavailable to external sales staff.

Some vendors practise what they preach and shower their partners with leads and attention. But too often, vendors use the ‘channel first’ slogan as a siren call to build a channel, then fail to rein in their direct sales force from competing against partners.

The question for resellers is working out which vendors are selling dreams and which are selling reality.

Show me the leads

One thing to make resellers happy is a hot, qualified lead. This is the basic currency of sales, says Sean Murphy, principal of Sydney-based Nexus IT, a diverse systems integrator that counts Citrix, Microsoft, VMware, Symantec and many more among its long list of vendor partners. He says that resellers who bring leads to their vendor should expect leads in return.

“If you’re an established integrator and you pick technology X, you’re guaranteed to deliver technology X to a section of your customers. So technology X should deliver you a couple of customers as part of the deal,” Murphy says. “It’s not just about vendors keeping the leads to themselves or their mates. That’s not a fair partnership.”

The most effective source of leads from a vendor are inside sales from the company’s own marketing. If the vendor’s sales rep calls up and says, “I’ve got one for you,” the reseller has the chance to position several products in a business solution so they can show their value beyond a box sale.

This requires the vendor’s sales team to have a good knowledge of each partner to make sure that the lead is a good fit, says Murphy. “The rep needs to know who you are and the market you’re working in. If you’re not putting effort in, you’re not a very effective vendor, are you?”

Murphy cites Veeam as one vendor that went from poor to excellent over the course of a couple of years. “I don’t know if I was off the radar but they had a terrible marketing program three or four years ago. Now they do it extraordinarily well. They have a very hard-working inside sales team. We would get three to six leads a month, some very small, some middle-sized and in my market. It creates opportunities to talk about all sorts of things.”

EMC is another great turnaround story, Murphy says. Years ago, EMC used to sell predominantly direct. Then general manager David Henderson, now retired, changed the incentives for sales reps so that they received a couple more points if they sold through a channel partner.

“They did a really simple thing. You put the money on it,” Murphy says. “Hendo did a magnificent job.”

It wasn’t just the money. EMC also published incredibly clear and detailed rules of engagement. If a partner could service the deal they got the lead; if not, they were helped by the vendor. “Everyone knew the rules and they stuck to it. I had a lot of success with it,” Murphy says.

Murphy’s wooden spoon goes to Symantec. “All the people who I knew have left and their program rewards registration for the masses rather than support for the specialists,” Murphy says.

One of the better stories in the channel is Dell’s amazing turnaround from pioneer of direct sales to a channel-friendly player. Could you call Dell channel-first? Chris Mearns, chief executive of Melbourne-based Dell Premier partner Murdoch Webster Technology Group, thinks so.

“Dell has had documented problems and we certainly had issues where the direct team were crossing over into our accounts,” Mearns says. That was several years ago and Dell has changed its tune after head office ordered all Dell sales globally to move through the channel. Dell still offers the customer the choice to go direct but it protects partners through deal registration and has hired dedicated channel people to support them.

As evidence of this turnaround, Dell appointed Ingram Micro as its first-ever distributor last November, starting out with the enterprise range of servers, networking and storage, then expanding to include its Latitude notebooks and Optiplex towers.

“We’ve been working very closely with the internal account executives. If they see an opportunity, they pass it onto us. If we think it’s best for direct sales then we will get them involved. It’s really a partnership.”

In 2010, Murdoch Webster cut back from nine vendor partners to focus on just two. The selection process was based on volume of deals and the quality of the relationship. Murdoch Webster has been part of Dell’s channel program from the beginning and stuck with them in part because they now have an end-to-end solution for data centres.

Mearns says he prefers to deal directly with the vendor, rather than through a distributor. A distie has its own priorities and targets and the vendor is one step removed. “It’s a negotiation, not a proper relationship.”

The other vendor Mearns chose was Palo Alto, with which he has a great relationship. “We put events on, we get leads from the direct team, I can’t talk highly enough about them. The relationship is always more valuable [than leads]. Without a relationship you might get leads but they could be cold as ice.”