Is Google the next Netscape? 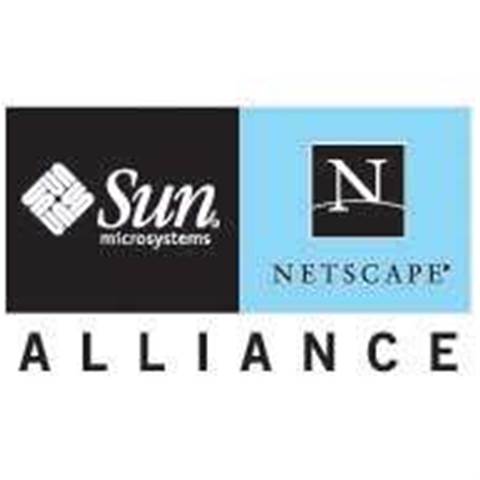 Did the Lazarus ghost of Netscape Communications just emerge on the web to slap a wet haddock in the face of dozing giant, Microsoft?

Test versions will be out later this year and it will be on micro-sized, portable PCs called netbooks some time later next year.

We don't really know much about what it will look like (other than what the eponymous browser looks like now) but it could be similar in application to that at www.g.ho.st.

Anyone following Google's machinations could be forgiven for thinking they were watching a re-run of Browser War 1.0.

You know the one in which Redmond stomped all over the upstart browser maker Netscape, sending it into oblivion (and releasing the escape pod, Mozilla, as open source)?

Who of those around in the middle of 1995 can forget wunderkind Marc Andreessen, barely out of the University of Illinois at Urbana-Champaign (where 2001's HAL was born), going nose to pierced nose with the Microsoft bull and waving a red flag that said Netscape was going to reduce Windows to a "poorly debugged set of device drivers"?

Netscape's strategy was to own not only the browser, which Andreessen told me two years later at the launch of its Netcenter portal strategy in San Francisco was all users would ever need, but the middleware that delivered all the goodness from servers on the internet.

The concept was simple - it was what we now call the "cloud". Who needs an operating system or local programs when you can run any application, anywhere regardless of the device?

Andreessen must be having flashbacks. The New York Times quoted him last month saying that Google's browser was well-advanced: "Chrome is basically a modern operating system", he said.

The cloud that Google promotes again in 2009 is a concept that dates back at least to shortly after the founding of Sun Microsystems in 1982 when its chief scientist John Gage first spoke the mantra: "The network is the computer".

Sun's Java, the progeny of genius James Gosling, also embodied this notion that the amorphous internet was a far better place to run applications than PCs. "Write once, run anywhere" was Sun's dream.

Netscape and Sun had common approaches to engineering software platforms. As businesses they are MBA undergraduate case studies in trying to float a boat before the tide comes in.

In September, 1997, Navigator lead author and Mozilla.org founder Jamie Zawinski told me that the writing was on the wall for the browser (and by extension the company), that it couldn't survive against Microsoft's free Internet Explorer.

He said the open-source Mozilla was a lifeboat: "That code is so good that it doesn't matter what happens to Netscape, it will live on," he said.

His message struck home: we were sitting in a cavernous, semi-darkened office floor at its San Jose campus that a few weeks before was a bustling hive of engineering activity until the company's first, quiet round of layoffs.

Some desks still had PCs and stationery on them. In the months following hundreds more were laid off and Netscape released Navigator as a free download - with the source code so anyone could modify or improve it.

Online service AOL bought it in 1998, whittling Netscape's nearly 100 engineers to a handful within four years. Time Warner, which merged with AOL in 2000, disbanded Netscape in 2003.

Zawinski now runs the bar DNA Lounge in San Francisco, possibly in part because of another observation he made that September day. He said that when he joined Netscape, people wanted to make the company great but by the beginning of '98, people just wanted to join a great company.

I see parallels with Google today. There are smart people working for it such as Lars and Jens Rasmussen, Stephen Ma and Noel Gordon, Sydney creators of Google's maps and Wave collaboration software.

But looking at its ploy with Chrome and Google Apps, its push with Gears to ready the internet to be the virtual operating system of the future, I recall the same promises from those earlier companies.

They had great engineers (Zawinski, Andreessen, Gage, Gosling), seemingly more money than God (but less than Bill Gates as it turned out) backing from powerful venture capitalist John Doerr (also a Google investor) and plausible plans to put computing in the cloud that could have - should have, by some accounts - worked.

But they didn't. And here we are again, dreaming of the cloud, breathless in anticipation of Chrome OS.

Google is the new Netscape. Netscape was the old Sun. Can search behemoth Google succeed where those earlier revolutionaries didn't?

At this distance, there's no way to tell. Check back with me in 10 years.