Is it worth waiting for faster wi-fi? 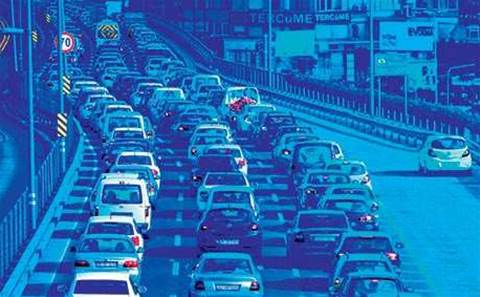 The latest iteration of wi-fi technology, 802.11ac, brings considerable advantages over its predecessor, 802.11n. But not all 802.11ac technologies are created equal.

Products are coming to the market in two waves. Wave 1 products are available now, and products based on Wave 2 are unlikely to hit the market until late 2015 or early 2016, leaving organisations facing a choice of whether to upgrade now or face a long wait.

Research firm Dell’Oro says the modest price increase for Wave 1 products from 802.11n is helping to fuel healthy growth, but many users continue to hold out for products supporting Wave 2.

Jonathan Ordman, director of enterprise wireless specialists Wavelink, which counts Meru Networks as a vendor, says that 802.11ac gear already accounts for the bulk of sales. “More than 70 percent of [Meru’s] worldwide access point shipments in the last quarter were 802.11ac, up from around 50 percent in the previous quarter,” he says.

“I’ve seen guys that suggest the transition from Wave 1 to Wave 2 will be cost-free and seamless and that it is just a minor software upgrade. But there are some fairly fundamental changes between the two. It is going to require a hardware upgrade.”

Devlin says “the market seems to be split into two”, and advises the best option is to hold off.

The Wave 1 and Wave 2 specifications are both contained within the 802.11ac standard, published by the IEEE in late 2013. Andrew Myles, manager of enterprise standards at Cisco Systems, says the distinction between Wave 1 and Wave 2 is made not in the standard, but instead by the Wi-Fi Alliance, which certifies wi-fi access points and devices for compliance.

“The Wi-Fi Alliance decided to ratify a draft version of the 802.11ac amendment. That became Wave 1 and now the alliance has a project to take additional features from the standard and certify against them. We don’t know what will be in Wave 2 and I would not expect a certification coming from the Wi-Fi Alliance for quite a long time. If it was over a year, I would not be surprised,” he adds.

The principle differences between Wave 1 and Wave 2 is the use of wider channels – up to 160MHz versus 80MHz – and multiuser MIMO (multiple input multiple output). Both 802.11n and Wave 1 of 802.11ac can use multiple signal paths between transmitter and a single receiver to increase throughput. In MU-MIMO, by contrast, each signal path can carry traffic for a different user, with the potential to increase throughput in the available spectrum.

Wave 1 has a maximum throughput of 1.3Gbps, three times that of 802.11n. Wave 2 could theoretically reach 10Gbps, but that speed would not be available in practice.

There is a downside to this. The ethernet switches supporting access points could need replacing because the power demands of some Wave 2 devices will exceed the 13 watts available from the original power over ethernet standard (802.3af) and require the newer 802.3at standard that provides 22.5 watts.

“The multi-user MIMO is the biggest benefit of Wave 2, but it really sucks up the power,” says Carl Jefferys, country manager for Airtight Networks. “Some vendors will require 802.3at power for full functionality, but some will allow full functionality on 802.3af power. And investment in switches is normally a lot higher than the investment in access points. So that is a trap people need to be wary of.”

Large users contacted by CRN’s sister title, iTnews, were split down the middle on the way forwards. Several have implemented Wave 1 and see no immediate need to move to Wave 2 when it becomes available.

Gavin Kennedy, head of ICT at Bunbury Cathedral Grammar School in Western Australia, says he is not planning a large-scale upgrade from 802.11n to 802.11ac, and will wait for Wave 2 802.11ac to hit the market.

“We have 107 access points, and 15 of those are ac,” Kennedy says. “We have those deployed in areas where we have ac clients. If we need more access points we will certainly deploy ac products, but we won’t be upgrading existing access points until Wave 2 becomes available.”

He anticipates that the school will soon need the additional bandwidth that Wave 2 will bring.

“A lot of video products are moving to the internet and our bandwidth requirement is increasing significantly. We are moving to doing backups over wi-fi from our laptops rather than to external hard drives. So, we can be a lot more flexible if we have the bandwidth.”

Flinders University, however, could not wait for Wave 2. It has replaced 400 802.11n access points with 2,200 802.11ac access points. Professor Richard Constantine, Pro Vice-Chancellor of Information Services at Flinders University, told iTnews that the university wanted high-quality wi-fi to both encourage students to stay on campus and to support planned educational initiatives.

“A lot of the projects we have in mind are around wi-fi so it is going to be critical to our future strategies around ICT and teaching and learning,” he says. “Even our content management system has to handle video – and soon HD video. Students will be uploading HD video as part of their assessments. And we have quite ambitious plans around how we leverage our ICT investment: for telepresence and immersive video.”

When the current upgrade was under planning, some 18 months ago, Constantine said that neither Wave 1 or Wave 2 products were available, but the university felt it could not delay the upgrade. “We were already behind, and waiting would have put us back quite a lot more,” he says.

The university instead chose to increase the number of base stations in its network from 400 to 2,200, eliminating any urgency to upgrade to Wave 2 when it becomes available. He is confident the university can then wait for the next iteration of wi-fi technology before further upgrades.

Westpac is also deploying Wave 1 802.11ac technology into its WorkSmart activity-based workplace, prioritising the “leap-frogging” of competing banks over waiting for Wave 2 to be released to the market.

The University of NSW was an early adopter of Wave 1 and is equally keen to deploy Wave 2. It is currently completing an upgrade of its campus wi-fi network, installing 3,200 Wave 1 access points.

Greg Sawyer, manager of communications services at UNSW, said the university needed the speed and capacity to support the current approach to teaching and learning.

“We have 28,000 concurrent users at peak times, compared with 20,000 last year, and there is a greater need for interactive learning,” he says. “The new way of teaching tends to use video technologies, so we needed the bandwidth.”

Sawyer says that about 10 percent of devices are currently able to use 802.11ac and he expects this figure to rise rapidly once the iPhone 6 hits the market. He was sold on the Wave 1 upgrade by networking vendor Cisco with the promise that access points will be upgradeable.

“We have a roadmap and commitment from Cisco that when Wave 2 comes out, the module will be available to plug-in, so will not have to do a hardware refresh,” Sawyer says. “It will be about a third of the cost of replacing an access point, and you also do not have to spend time reconfiguring access points and reprogramming them.”

The new wireless network was delivering about three times the throughput of 802.11n technology, he says. “We put an [802.11n] iPhone and a Samsung with 802.11ac enabled on the same access point and got about 60 to 80Mbps from the iPhone and 200 to 220Mbps from the Samsung,” he notes.

Despite these improvements, the university is very keen to adopt Wave 2 and its promise of even higher speeds.

“We will be working with Cisco and getting Wave 2 in as early as we can, and hopefully working with them on some beta trials,” Sawyer says.

Brendan Williams, director of Sydney-based network integrator Discovery Technology, agrees there is increasing demand for wireless capacity, but says that once a customer moves to 802.11ac, the bandwidth on offer will outstrip utilisation for some time. It means Wave 1 is good enough for now.

“We aren’t see any customers holding back waiting for Wave 2 – especially if the Wave 1 hardware can support a modular upgrade.”

Discovery is capitalising on a mad dash towards better, faster wireless. “It’s more about getting public wi-fi out there and it’s a bit of a race for the operators to activate public spaces – a bit like ‘keeping up with the Joneses’, with a bit of ‘my wi-fi is better than your wi-fi’ sprinkled on top.

“Really, 1.3Gbps is a lot of bandwidth. The backhaul probably won’t have as much capacity as the direct wireless for some time.”