Is Microsoft's Surface Laptop too light on software? 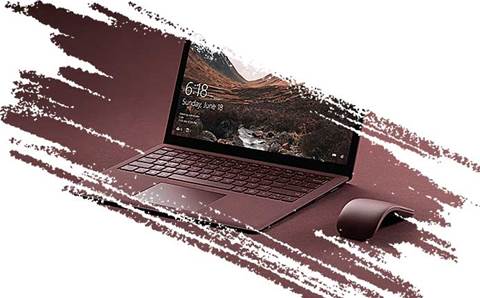 COMMENT  |  Here comes the new Microsoft Surface Laptop: it costs a snip at $1500 for the base model. For that price, you’re optioned a model with 4GB RAM, 128GB SSD storage and a 13-inch screen that tips the scales at 1.25 kilograms. And it runs Windows 10S.

The “S” stands for slim – or slight, or smart, or stupid, depending on whom you listen to. Suffice to say, Windows 10 S doesn’t run regular Windows 10 programs – only apps downloaded from the Windows Store.

Haven’t we been here before? Doesn’t anyone remember Windows RT? I didn’t think so. Just like Windows Vista, RT was all a dream and it never happened. Anyway, at least the new Surface can handle full the Windows experience if required, unlike the hapless early versions of the Surface that could only ever run the orphaned RT.

The jury is out on whether people will be lining up outside stores with cash in hand on the day the Surface Laptop is released (hint: never going to happen). As far as its specs and price goes, the Surface is pretty much on par with Apple’s MacBook Air... except Apple doesn’t make you run a slimmed-down version of MacOS. However, you can poke the screen of the Surface and make it do stuff, while poking the screen on the MacBook Air just makes it grubby.

Meanwhile, in the “it’s the internet, stupid” corner, Google has tweaked its ChromeOS so that people can run any Android app on their Chromebooks. That’s probably a lot smarter than waiting around for developers to fix their Android apps to work natively on ChromeOS (hint: never going to happen).

An established player in the burgeoning world of shiny chromium things is Acer, which has released its Chromebook R13. This laptop has 4GB RAM, 64GB SSD storage, a 13-inch touchscreen and weighs
in at 1.5kg – very similar specs to the Microsoft and Apple offerings, except that it can also bend over backwards and transform into an oversized tablet.

The R13 has only half as much storage as the other two, but doesn’t have to share it with a bloated operating system, so there’s more space for your files. And it has a slot for a micro SD card, so for $50, you can bung another 64GB in there to match it with the Surface and the MacBook Air in the storage stakes.

Oh, And it costs less than half the price of either the Surface or the Air.

Microsoft is keeping one foot in the internet-is-everything camp by making its Office apps downloadable to Chromebooks so you can still write and calculate stuff – and make annoying slide presentations – even when the wi-fi is broken. You’ve got to be happy about that!