Is the channel ready for big data? 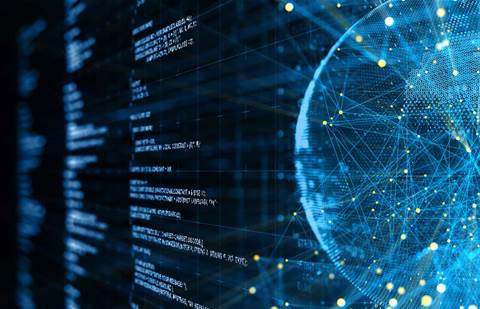 When the concept of big data first burst onto the scene earlier this decade the focus was largely on the very big problems that very big organisations could tackle using very, very, big data sets.

Over time big data has shrunk a little. The tools that enable analytics have become more commoditised, affordable and, therefore, applicable to more modest projects.

But while the tools themselves might now be better suited to Australia’s 250,000 or so mid-sized enterprises, channel companies aren’t yet developing big data practices.

Why not? Because the opportunity in big data may not be the one that everyone expects, according to the Sydney-based managing vice president at Gartner, Ian Bertram.

“The opportunity is to sell how to increase data literacy and the ability to use the data that [clients] have got,” Bertram says. “Teaching them how to understand what their data is telling them and what needs to be done in their organisation is the opportunity.”

That means starting with the basics around data literacy, before moving them on to more advanced analytics, and eventually on to AI.

“That midmarket is very competitive, and they want to be able to pick up trends and that little bit of insight to get that competitive edge early enough, because competitive windows are closing much faster than in the old days,” Bertram says.

“And unless they are investing in some of these tools that allow them to pick up what is happening with their business early enough and give them time to react to change, then they are going to go out of business quicker.

“So there is the demand for it, they are very scared about where to start.”

That may be the case, but it seems to be an opportunity that much of the channel is yet to pursue. Even those organisations that are servicing midmarket companies generally do so as an adjunct to their main work with larger organisations.

His 17-year-old firm, Panalysis, has provided these services for years. Panalysis was the first Google Analytics partner appointed in Australia, and while its focus remains in the digital space working with enterprise clients, a year ago he signed a relationship with Domo to help clients better work with data from different systems.

Jacka says Domo has proven useful for SME clients, helping them demystify data by presenting easy-to-consume dashboards and alerts that deliver owners what they need to be successful, such as whether they are on track or not. This has been of particular benefit to one of Jacka’s SME clients, the gift hamper company Gourmet Baskets.

“He uses a combination of tools, one of which is [marketing and sales management platform] Infusionsoft, and Xero for his invoicing,” Jacka says. “For him to understand his market and break his market into different stratas, he can’t do that in Infusionsoft easily. And so Domo has allowed him to connect this up and get visibility across each of the platforms he’s used in a single, easy-to digest manner.”

Jacka says one of the secrets to working with smaller clients on data projects is to never talk about data.

“The business owners know what they want to do, but they often don’t know how to do it,” Jacka says. “Data isn’t really what they are talking about, but they need data in order to achieve their goal.

Other organisations that now offer services in the data space often started out somewhere else. Melbourne-based automation and DevOps consultancy Vibrato built its analytics practice 18 months ago through the evolution of its devops consulting business to encompass the concept of dataops.

Vibrato’s chief executive and founder, Peter Gatt, says over time his firm has learned to package up analytics services into fixed-price solutions that are suitable for SMEs. He says smaller thinking is required to help smaller clients.

“With a small and medium business we say, ‘Let’s look at one analytical thing you are trying to ask or answer, and that traditionally reporting could help answer’,” he says. “It is not about bringing in petabytes of data and running Hadoop protocols. We are just going to coordinate the data they have into something that’s logical so they can start to answer questions about their clients and commercialise that data.”

Send in the clouds

In some instances Gatt says engagement with smaller businesses is actually easier, as it is possible to speak directly to the boss or function head, such as the CMO, who owns the actual problem needing to be solved.

When there this is a specific question to be answered through an analytics project, Gatt says Vibrato can deliver a return-on-investment through a proof-of-value in as little as four weeks.

“With data, that’s possible,” Gatt says. “But it really needs to be locked to answering questions, not just playing.”

Vibrato has also established relationships with technology providers such as Hortonworks, and makes use of the Snowflake cloud-based data warehouse tool to help accelerate data flows to make the fast turnaround possible.

Indeed, the migration of analytics tools to the cloud has proven beneficial for a number of channel companies, including Empired.

“I can stand up a Microsoft solution on my credit card and do it really quickly,” says Empired’s national business manager for data insights and integration, Ben Johnson.

“The other change is you used to have to knit all kinds of different tools together – Oracle for database and Business Objects for the front end and IBM for predictive analytics. All of that is blown away because the market is converged. Microsoft has an end-to-end data and AI capability that you can stand up quickly and start getting value straight away.”

However, reducing the barriers to entry from a technology perspective has also had other consequences.

“It’s new and it’s sexy and everyone is a data scientist and everyone is talking about AI,” Johnson says. “The realty is most of them are pretenders, because there has been such an influx of people who are interested but don’t understand the space.”

It seems experienced skills remains one of the key attributes that set the successful players apart from Johnson’s pretenders, and Johnson has hired a team of 70 specialists over the past two years to build out the necessary experience.

Jacka also rates staff development as one of his top priorities. He has hired everyone from scientists to mathematicians and artists, and then trained them up on the technology.

“The thing I look for in my team is thinking skills,” Jacka says. “If they have a good problem-solving mindset and aptitude for creative thinking, I like them. But it can take three to six months to get them ready, and I’d argue that it takes 10 years to become an expert.”

Justin Parcell, director of Arq Group business InfoReady, says the requirement to get the right skills meant he and founder Tristan Sternson personally oversaw the hiring of the first 60 or so staff.

Originally the firm was focused on consulting services focused on the information management domain, primarily around IBM environments, but more recently InfoReady has built a competency in AWS and Azure, and three years ago rebranded as a data and analytics organisation, with a greater focus on delivering systems that support operational decisions, rather than for strategic decision making.

He agrees that the shift to the cloud has opened opportunities to service smaller clients.

“As the services that are provided by the cloud platforms become more sophisticated, and as the cost to stand-up those solutions and implements them reduces over time, I think they are going to become more accessible to those smaller companies,” Parcell says.

But while the tools are becoming easier to stand and up work with, he believes that skills remain the limiting factor preventing other organisations from easily following in InfoReady’s footsteps.

“To become a fully fledged data analytics organisation there is a significant barrier to entry,” he says.